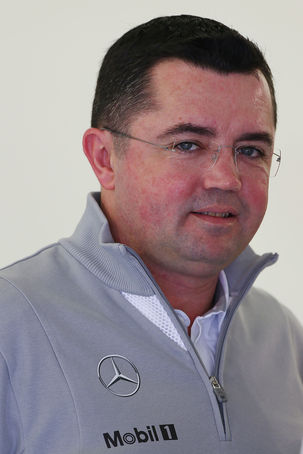 McLaren-Mercedes racing director Eric Boullier has suggested a decision on whether to allow three-car teams to compete in F1 2015 is already too late to give the teams' sufficient time to prepare accordingly.

Bernie Ecclestone sparked discussions during the Singapore Grand Prix last week by seemingly confirming rumors that F1 may pursue having eight three-car teams on the grid as early as next season.

However, while Ecclestone indicated that there would be discussions about it over the next '2 or 3 races', Boullier says the timeframe to ensure McLaren can get a third car together and arrange the team to run an extra machine would be mean a decision for 2015 needs to be made as soon as possible, if it isn't already too late.

"Hiring the driver is the easiest to get one board," he said. "However, to build the chassis, sort the logistics and to get the people around, we would need at least six months' notice."

By that reckoning, with the opening round of the 2015 F1 World Championship season – the Australian Grand Prix – taking place on 15th March, it is already less than six months until the opener.

Despite this, Boullier says McLaren will not contest the prospect of there being fewer teams running more cars, saying the squad – which will compete with new Honda engines next season – would step up to the challenge if it had to.

"We need to wait and see if there is a need to run three cars and then we will see. We can question many things about revenue, but I think if we are called and asked to help F1 by running three cars then we have to." crash.net