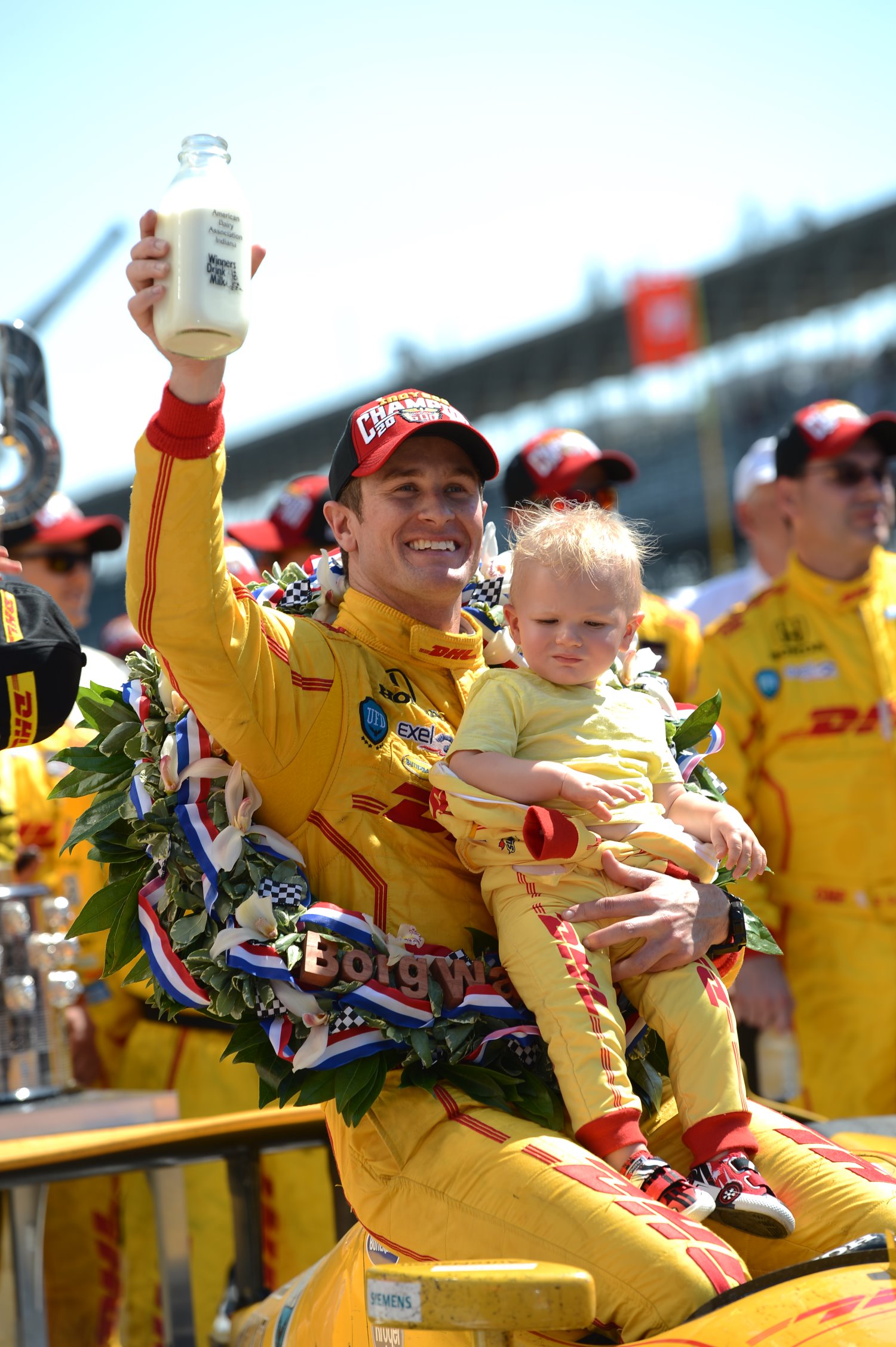 Ryan Hunter-Reay has watched the last few laps of the 2014 Indianapolis 500 a few times, not so much to re-live the greatest day of his motorsports life but to see exactly how it happened.

“It was so intense at the end, I didn’t really remember a whole lot of it," he said. “I was using up so much energy to fight that last bit out that I really didn’t bank a whole lot of memories."

But he’s been banking them ever since.

Hunter-Reay returned to the Indianapolis Motor Speedway on Sept. 23 for the first time since his Memorial Day weekend triumph, taking part in a Firestone tire test along with Ed Carpenter, Simon Pagenaud and Helio Castroneves, his foil over those thrilling final laps.

Arriving at IMS through the main tunnel brought back a wave of emotions, as did his first test lap around the iconic oval in the Andretti Autosport No. 28 DHL car.

“That first lap out was pretty special, thinking about what we had this year," Hunter-Reay said. “It’s thrilling to be back."

Hunter-Reay finished the Verizon IndyCar Series season in a somewhat-disappointing sixth place given his three wins, tied for the most on the season along with series champion Will Power, but his year was made on May 25.

In the last 18 laps of “The Greatest Spectacle In Racing," Hunter-Reay and Castroneves traded the lead four times with Hunter-Reay winning by .0600 of a second at the Yard of Bricks – the second-closest finish in history behind Al Unser Jr.’s win over Scott Goodyear by .043 of a second in 1992.

The winning move came with three laps to go when Hunter-Reay dove far to the inside in Turn 3 to pass Castroneves in breathtaking, risky fashion.

“When you watch from outside the car, yeah, that was maybe marginal," said the 33-year-old, now with the benefit of hindsight and a DVR. “But when you’re going for the win at the Indy 500, you’ll do anything. That’s what was driving me.

“I was going wherever I could get the car."

Castroneves, on the other hand, eventually came to terms with a runner-up finish and that a record-tying fourth win at the “500" wasn’t meant to be.

“I really looked at it very hard," the Team Penske driver said on Tuesday. “The only way to stop Ryan would have been to do something that I wouldn’t have been able to sleep with at night. You’ve got to understand that it would be great for history, but you’ve got to know sometimes when you’ve got a defeat."

Hunter-Reay got his bit of history and all that has gone with it, from television appearances and increased media attention to simply being recognized more often in airports and restaurants. At every stop on the rest of the Verizon IndyCar Series season, he was introduced as the Indianapolis 500 champion. It hasn’t gotten old, nor will it ever.

“What this race carries with it, it transcends motorsports – it’s a piece of American history," he said. “I’m loving every bit of it."