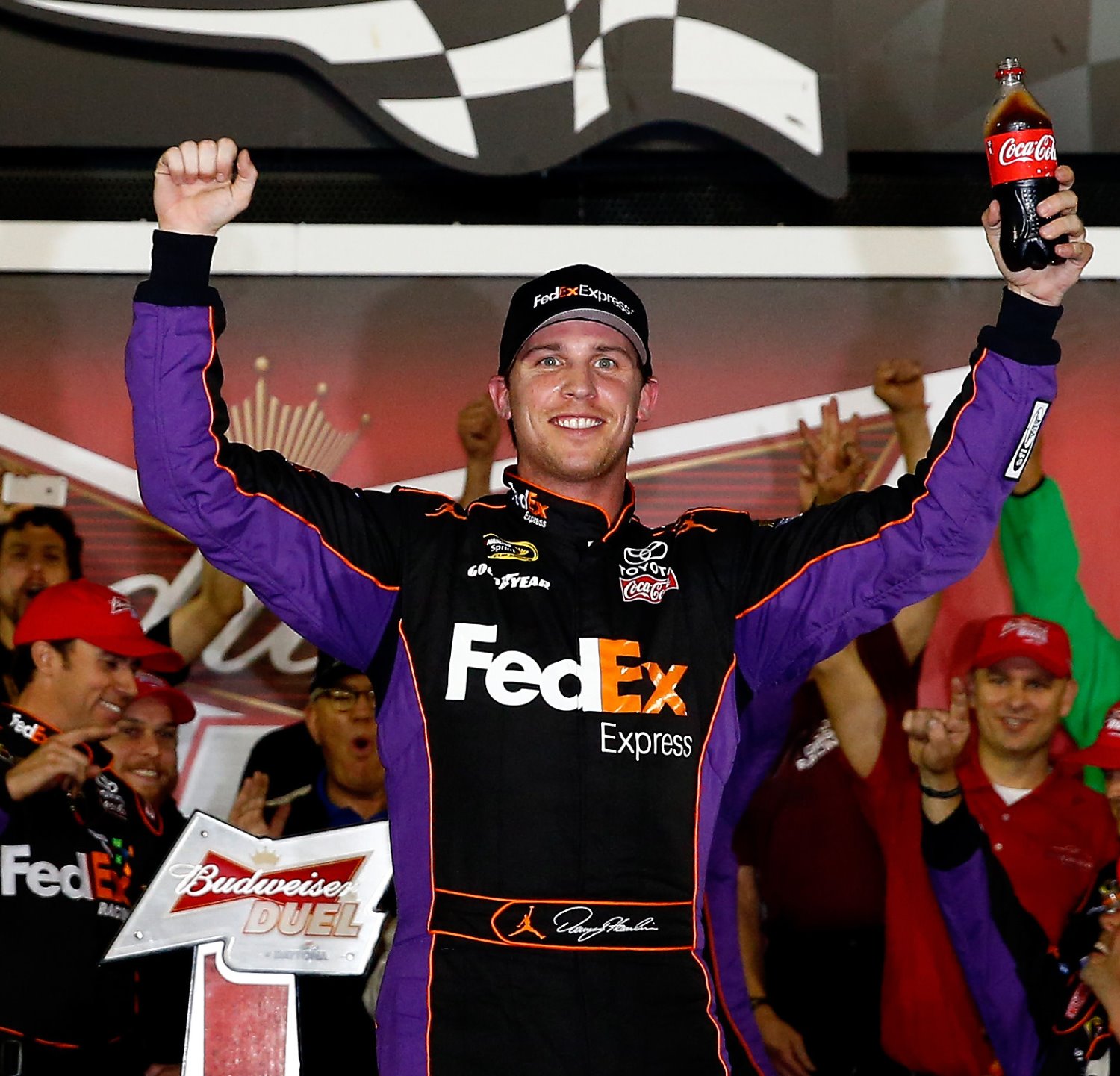 FIRST CHASE CUTOFF CLOSING IN: The NASCAR Sprint Cup Series (NSCS) race at Dover International Speedway this weekend will mark the last race before the first of three cutoffs in the Chase for the Sprint Cup Series championship — new to the series this year. Camry Chase drivers Kyle Busch, Denny Hamlin and Matt Kenseth are all looking to advance to the 'Contender Round' of the Chase with solid finishes this weekend at Dover. Busch finished eighth last Sunday at New Hampshire Motor Speedway and currently sits fifth in the point standings. Kenseth is currently eighth in the standings while Hamlin is 13th, and just six points outside the 12-driver cutoff going into Dover this weekend.

CHASERS STRONG AT MONSTER MILE: Camry drivers have experienced quite a bit of success at Dover International Speedway in NSCS competition, including the three Toyota drivers in this year's Chase. Toyota has visited victory lane twice in the NSCS at Dover with Busch winning at the one-mile concrete oval in the spring 2008 and 2010 races. Kenseth has registered two career NSCS victories (2006 and 2011) at Dover prior to joining Joe Gibbs Racing (JGR), in addition to two poles (2002 and 2003) at the track. Hamlin has recorded two pole positions in a Camry at the 'Monster Mile,' leading the field to the green flag in Oct. 2012 and June 2013.

LAS VEGAS STORY: When the NASCAR Camping World Truck Series (NCWTS) competes at Las Vegas Motor Speedway (LVMS) on Saturday, the race will be a 'home' event for Matt Crafton, the series points leader. Crafton is from Tulare, Calif., which is located approximately 250 miles from the speedway, and the Tundra driver considers LVMS his home track because it is the closest event to California on the NCWTS schedule. Crafton, the defending series champion, currently leads the NCWTS standings by seven points over his Thorsport teammate Johnny Sauter with two wins (Martinsville and Texas), nine top-five results and 12 top-10 finishes in 16 races this season.

How does this new Chase format change your approach?

"There are many different options and circumstances to win the championship this year. You can't have mediocre days or bad days without wins, that's not going to work. To have the 15ths or better for the first round — each of those three weeks, you're going to move on — that's pretty simple I think. Then probably you have to have 10ths or better in the next round to be able to move on to the next one if you don't have wins. From there, it's just going to get tougher. Each round it's going to get tougher. You have to be the top-finishing guy. If there's three different winners in Martinsville, Texas and Phoenix — those three guys automatically go and there's only going to be one guy that doesn't have a win that gets to move on."

What is your outlook for Dover after having a mechanical issue last week at New Hampshire?

"It's so frustrating because you know on performance you deserve to move on. We would have a great shot to move on and really make some noise here in these last eight races. In this three race section, you just can't have one bad week. Not right now. And, so you've got to be flawless — you've got to be at your best these last 10. We just got bit by a mechanical deal (at New Hampshire). We've had them bite us in the Chase in the past, but I thought we were past that — but sometimes you roll the dice and you crap out. You just try to do the best you can to get the best finish and hope for some help. It's a long way to go in this race (at Dover). I hate to say it, but maybe some guys get some trouble and let us back in it. Other than that, it's going to be hard for us to do it without some help."

Are you looking forward to racing at Dover after finishing in the top-10 in the last seven races there?

"We've been good at Dover. I think we finished fourth last time, even had a shot at the win but a caution kind of jumbled things up. But, I've always run decent there even back in the Nationwide days. I don't have a win in the Cup Series but we've come close. It's definitely a track that a lot can happen and after last weekend I'm sure it will."

NASCAR Nationwide Series (NNS): Camry drivers Elliott Sadler (fifth) and James Buescher (10th) are currently in the top-10 in the NNS point standings following 27 of 33 races this season … Baltimore, Maryland native Justin Boston will make his second career NNS start in Saturday's race at Dover in the Joe Gibbs Racing (JGR) No. 20 Camry … Boston earned a top-10 finish in his first career NNS start last weekend at Kentucky with a ninth-place result … Kyle Busch has tallied four wins at the 'Monster Mile', including a victory there in the spring NNS race, as well as three poles, 13 top-10 finishes and led 1,138 laps around Dover — the most laps led in track history.

Do you enjoy racing at Las Vegas Motor Speedway?

"The track is rough, but that's one of the best things about racing at Las Vegas. It's got multiple grooves — not everybody's riding around on the bottom. The asphalts not real new, but it's fairly new, and I think because it's so rough, you move around quite a bit. I really like racing out there and going out there – it's on the west coast so I get to see a lot of my friends and family."

Are you looking forward to racing at Las Vegas Motor Speedway?

"I'm pumped to get to Las Vegas this weekend with our No. 54 ToyotaCare Toyota Tundra. Our mile-and-a-half program has turned around a tremendous amount. We have a brand new Toyota Tundra that we are taking this weekend and we have the momentum on our side coming off a strong finish in New Hampshire. I'm ready to get to the track and get Toyota back in Victory Lane and get KBM (Kyle Busch Motorsports) their first win at Las Vegas Motor Speedway."