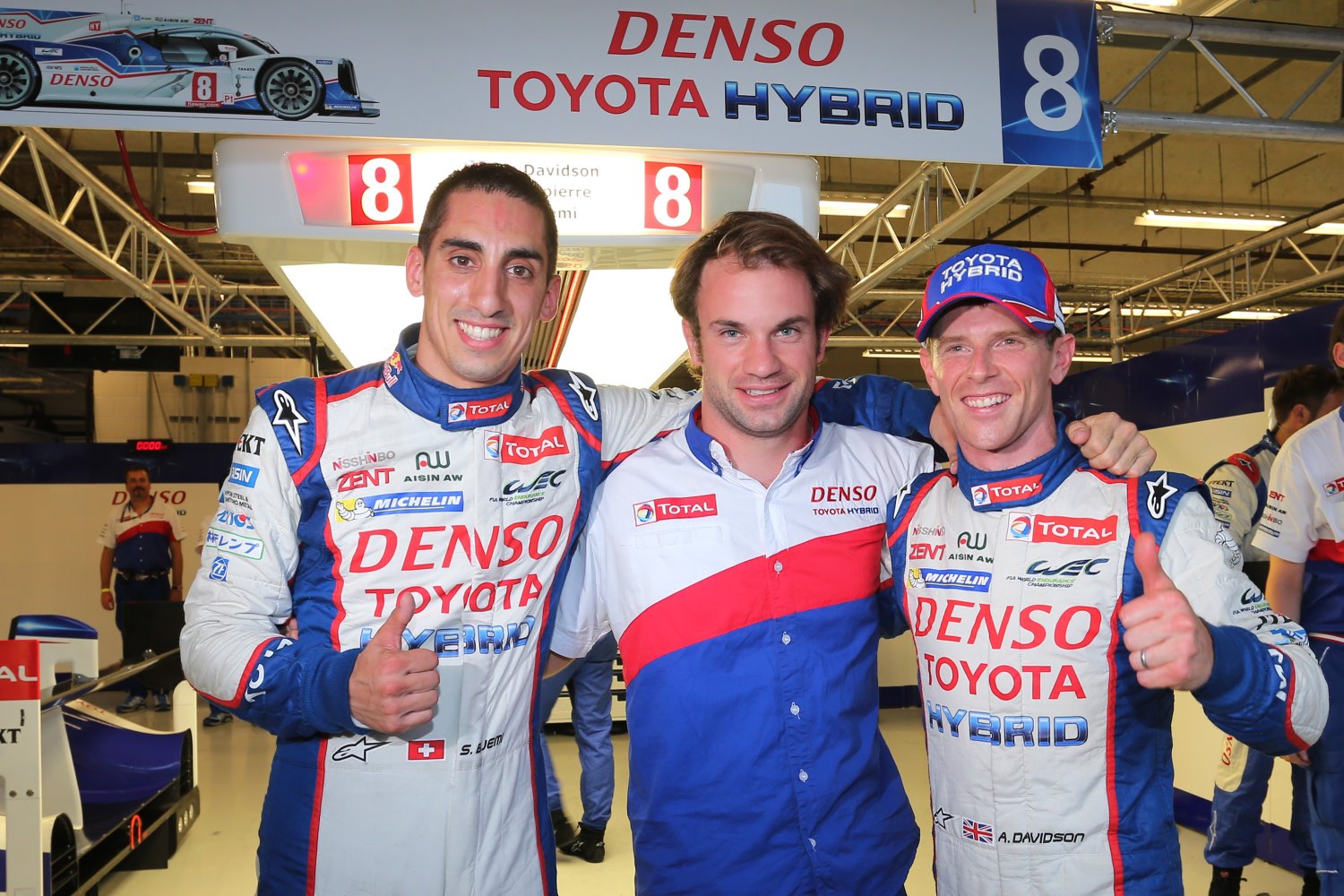 TOYOTA Racing extended its lead in the FIA World Endurance Championship by taking pole position for the Six Hours of Circuit of the Americas in Austin, Texas.

Anthony Davidson and Sebastien Buemi, who share the #8 TS040 HYBRID with Nicolas Lapierre, claimed pole position by more than a second. That earned a bonus point which extends their lead in the drivers’ championship to 21 points.

The team celebrated its third pole position from four races this season, also earning a point which doubles its lead in the manufacturers’ standings to two points.

The WEC qualifying format requires two drivers from each car to set a minimum of two flying laps each. The grid is decided by the combined average of each driver’s fastest two laps.

Earlier rain left parts of the circuit damp for the start of qualifying, so the #8 crew waited for three minutes before heading on track. That decision proved significant as the drying track saw lap times improve throughout the 25-minute session.

Turn 11 was still damp though and Anthony ran wide on his first flying lap while Stephane, who hit the track immediately after the start of the session set solid lap times.