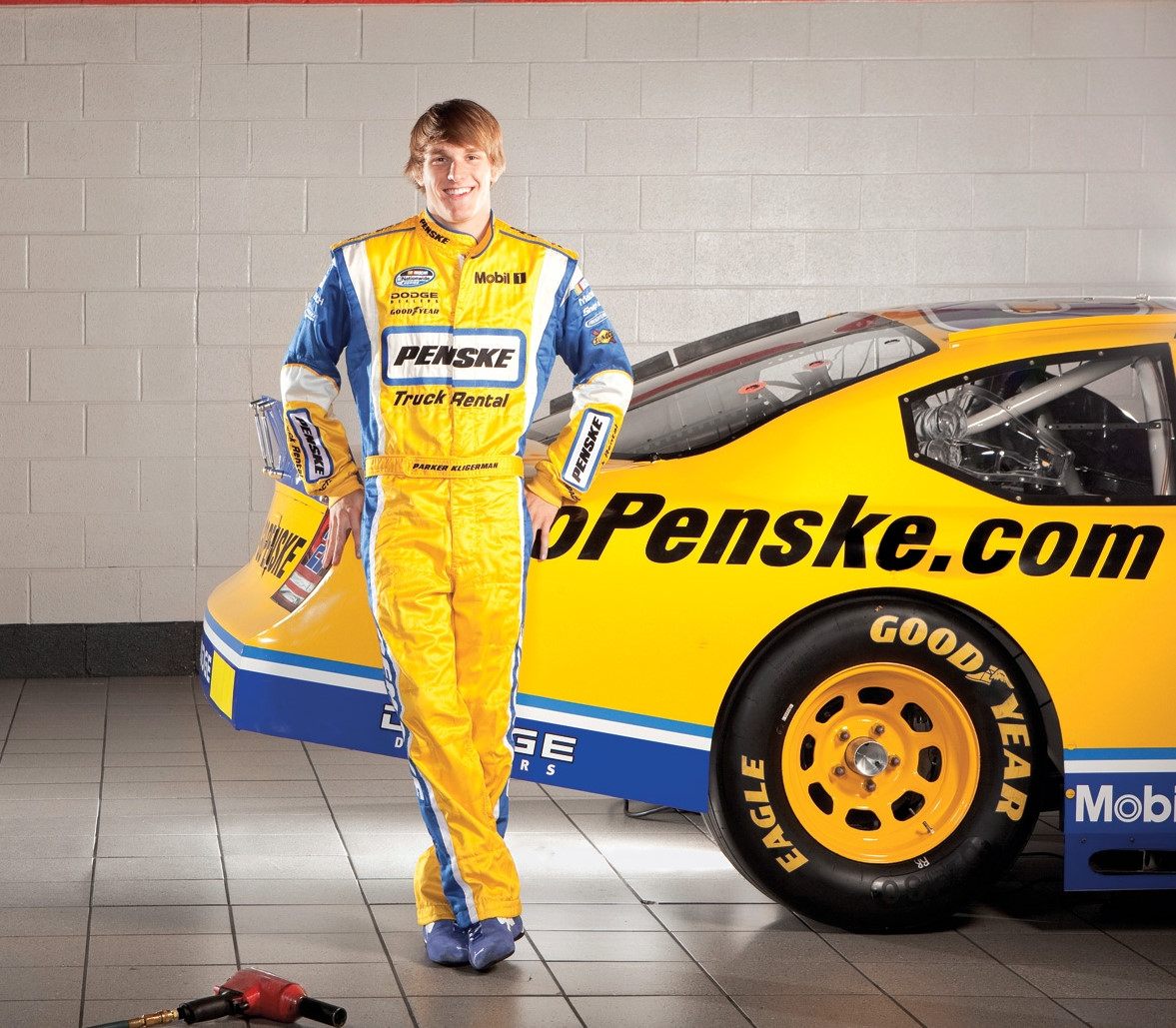 Parker Kligerman announced today that he will drive an Indy Lights car for Schmidt Peterson Motorsports during the Mazda Road to Indy "Chris Griffis Memorial Test" this weekend at the Indianapolis Motor Speedway.

The Mazda Road to Indy (MRTI) is one of the most successful driver development programs in the world, providing a unique, scholarship-funded path to reach the Verizon IndyCar Series and the Indianapolis 500.

Kligerman is no stranger to the world of open-wheel racing. At 15 years old, he proved his prowess by winning all three of the races he entered at the prestigious Skip Barber Racing Series. In 2006, the Westport, Connecticut native won 11 of 14 races and earned the Formula TR Pro Series 1600 title. He then had a successful stint in USAC midget racing before eventually racing stock cars.

When Kligerman's 2014 race team ceased operation early in the season, the 24-year-old, NASCAR Sprint Cup rookie was undeterred. He spent the last few months focusing on the growth of his company, Nootelligence, in addition to joining the NBC Sports anchor team as an analyst and hosting a weekly podcast.

Following the success that Kligerman has achieved so far in a variety of motorsports disciplines, the Indy Lights test will allow him to use his open-wheel racing experience to explore new opportunities for the next phase of his racing career.

"Ever since I drove a go-kart for the first time, my quest was to advance to the top levels of open-wheel racing," said Kligerman. "After winning an open-wheel championship in 2006, I found myself on a different path; driving stock cars. I spent five years in the top three NASCAR divisions, but unfortunate circumstances rerouted my path earlier this year.

"I've always looked for opportunities that can further my career, so I want to thank Sam [Schmidt] and Schmidt Peterson Motorsports for this opportunity in Indy Lights to test an open-wheel car for the first time in eight years. Although it will be a challenge, I'm looking forward to having fun and working with a championship-caliber, open-wheel team."

Schmidt Peterson Motorsports team owner Sam Schmidt commented, "We have watched the exodus of many drivers from IndyCar to NASCAR over the years… Robby Gordon, Tony Stewart, Jeff Gordon, Danica Patrick, the list goes on. Kurt Busch competing in the Indy 500 this year was awesome and I believe he showed the world what is possible.

"I have watched Parker ascend the NASCAR ranks over the years where he has shown speed and maturity, both qualities at the top of our list when evaluating new drivers.

"In this test, we will be looking for how Parker adapts to the much lighter and less horsepower characteristics of the Indy Lights car, as well as how quickly he learns road course techniques. Given that the change in equipment and type of circuit are so radical, we don't have huge expectations for a really fast time. What we will be looking for is how well he listens and if there is the potential for him to be successful in open wheel going forward. We are very excited to see what happens."