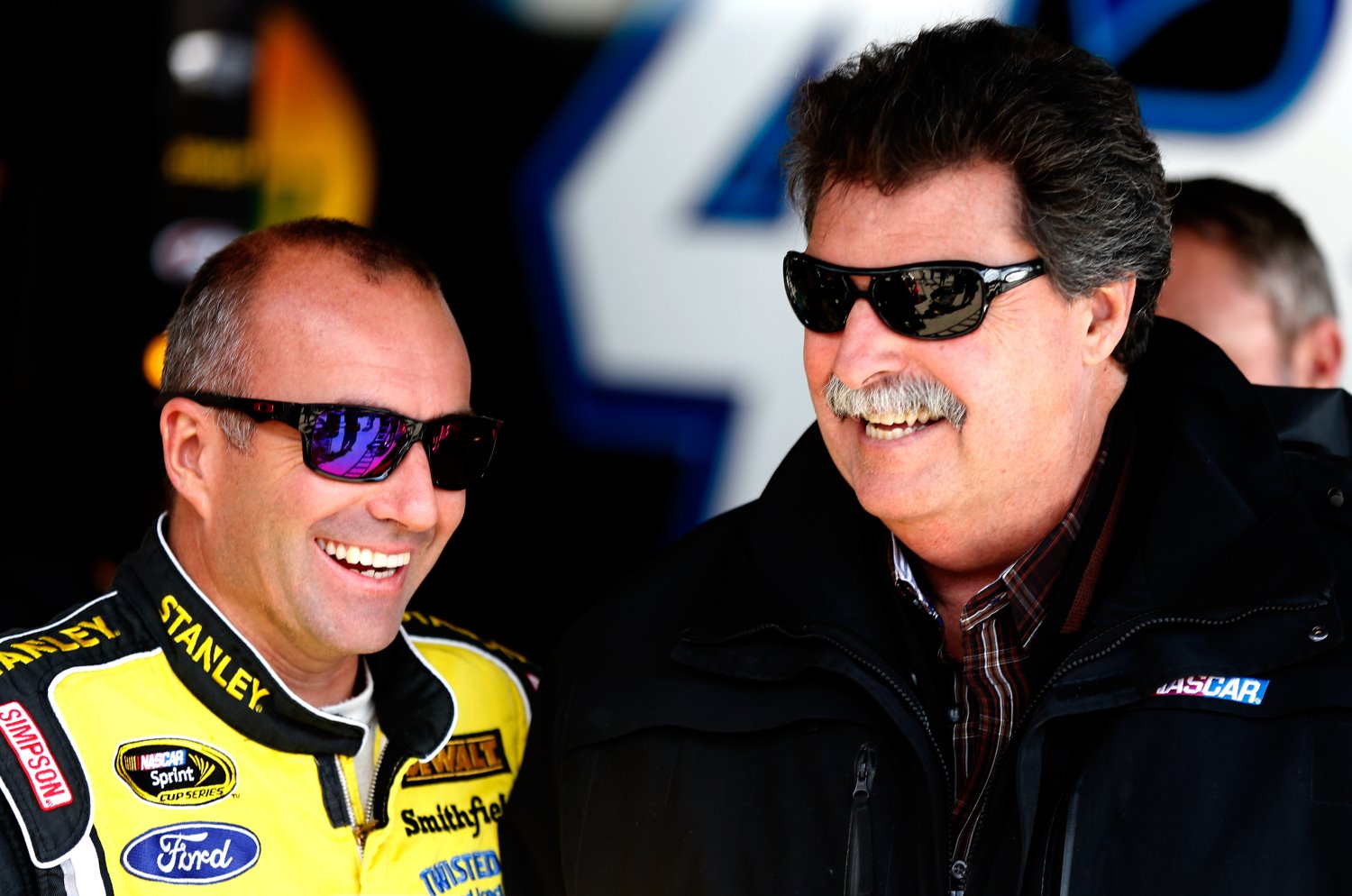 Team Penske announced today that it will form a partnership with one of the most successful motorsport teams in Australia to compete in the popular V8 Supercars Championship, beginning in 2015.

DJR Team Penske will compete with Ford Falcons in the 2015 V8 Supercars Championship with a true hero of Australian motorsports behind the wheel. Marcos Ambrose will return to the Series where he drew international acclaim to race the iconic No. 17 Ford for DJR Team Penske. Ambrose is a two-time V8 Supercars champion; winning back-to-back titles in 2003 and 2004. He transitioned to a winning career in NASCAR where he has earned seven wins and eight pole positions while competing in the Sprint Cup, Nationwide and Camping World Truck Series over the past nine seasons.

"Team Penske is excited to partner with Dick Johnson Racing to compete in the V8 Supercars Championship starting next season," said Roger Penske. "We believe in building our businesses through racing and our success on the track. With our new business ventures in Australia, it makes sense to showcase our brands through the V8 Supercars Championship and the opportunity to work with DJR and Marcos Ambrose convinced us to go forward."

Ambrose, a native of Launceston, Tasmania, is one of the most successful drivers in the history of the V8 Supercars Championship. In the 65 rounds in which he competed from 2001 to 2005, he won 28 individual races.

"This is a great opportunity to return home to a place that I love in a Series where I've experienced a lot of success," said Ambrose, who has earned two career victories at the highest level of NASCAR competition – the Sprint Cup Series. "It will be an honor to race for two motorsport legends in Roger Penske and Dick Johnson."

The partnership between Team Penske and Dick Johnson Racing brings together two organizations that have experienced tremendous success in their respective disciplines. Team Penske has produced more than 400 race wins and 26 national championships in its storied history while DJR has earned over 80 victories and seven Australian Touring Car/V8 Supercar titles in over 35 years of racing.

"We are certainly looking forward to this new challenge," said Dick Johnson, a legendary driver himself who claimed five Australian Touring Car Championships and won the prestigious Bathurst 1000 race three times before he retired from racing in 1999. "I have always admired what Roger Penske has accomplished in business and with his racing teams and it will be a thrill to work with Team Penske and Marcos in 2015."