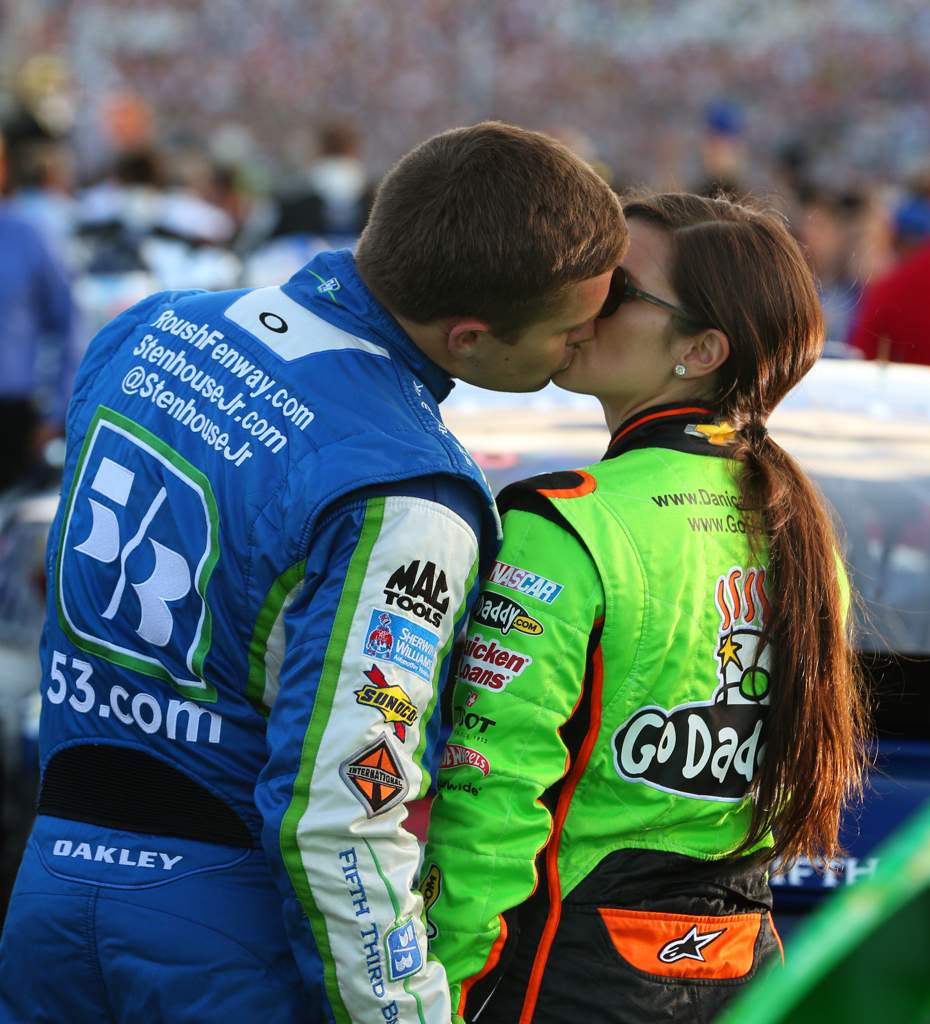 It wasn't the first time and it won't be the last, Danica Patrick — and boyfriend — Ricky Stenhouse Jr. crashed into each other in the closing laps of Sunday's NASCAR Sprint Cup Series race at Chicagoland Speedway.

"I heard my spotter (Brandon Benesch) say that the 14 (Stewart-Haas Racing teammate Tony Stewart) was below me on track and I didn't know the 17 (Stenhouse) was there on the high side of the track," Patrick said later, in comments distributed by the team.

"My spotter took the blame on that one. I just didn't know Ricky was up there and I obviously don't want to hit his car or anyone else with 10 laps to go. I talked with Ricky afterward and we're fine. It's just a tough deal. We finished 19th even with the damage so it was a decent run. We just had a tight car all day."

The contact sent Patrick's car spinning. She radioed to her crew, "The 17 hit me" — referring to Stenhouse by his car number instead of his name, as drivers often do. Replays of the incident did not show conclusively what happened.