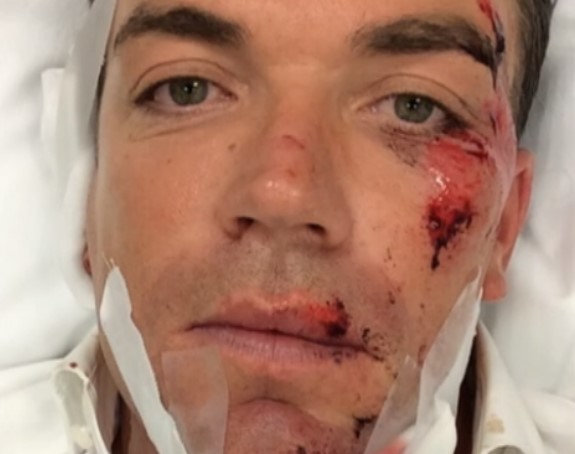 "He has very swollen eyes, his jaw was broken in different places, nine molars and teeth are loose, split or out. Nerves lie open and the auditory tubes in both ears have a cracked pipe."

His wife has a broken finger and scratches.