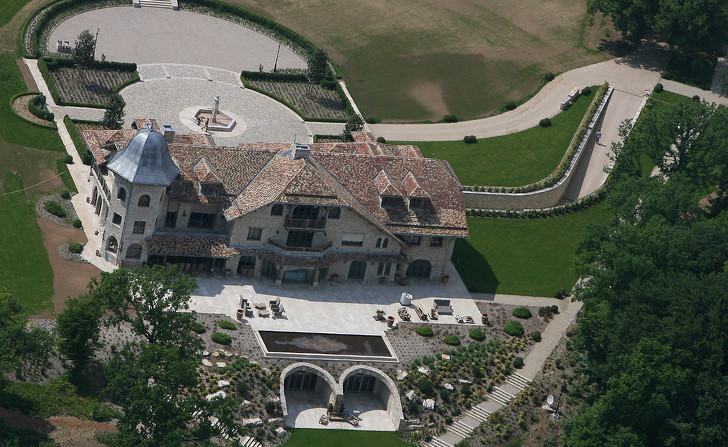 Now Montezemolo exit rocks crisis-struck Ferrari
(GMM) Despite securing $35 million as he walks away, Luca di Montezemolo had a tear in his eye on Wednesday as he said farewell to Ferrari.

Although he was president, and although his presence at Maranello dates back decades, the 67-year-old is just the latest head to roll amid Ferrari's spiraling crisis.

"Our common desire to see Ferrari express its true potential on the track led us to some misunderstandings," admitted Fiat chairman Sergio Marchionne, Montezemolo's successor.

Charismatic and controversial, Montezemolo has secured a EUR 27 million parting fee, including a pledge he will not work for a Fiat rival until 2017.

He admitted on Wednesday that it is possible he will go on to run the Italian airline Alitalia.

In his wake, he leaves the Ferrari team run by a F1 newcomer, Marco Mattiacci, and a lead driver in Fernando Alonso who in the space of a single day lost not only Montezemolo but also another crucial ally, the late Emilio Botin.

But Montezemolo and Marchionne on Wednesday singled out Ferrari's turbo V6 engine as the biggest problem to solve.

"It is absolutely clear that we have an engine problem," said Marchionne.

Montezemolo concurred: "We underestimated the importance of the new engine system."

But with McLaren calling loudly, might this week's alarming news be the final straw for an increasingly frustrated Alonso?

"He has been very loyal to Ferrari, staying through the difficult times," rival Daniel Ricciardo told Austrian Servus TV this week.

"This is obviously a decision that Fernando has to make himself, but he has been very patient with them," he added.

Toni Vilander, however, a close friend of Alonso's current teammate Kimi Raikkonen, thinks Wednesday's news would not have been a shock to the red-clad pair.

"I believe they were aware of the issue for some time," he told the Finnish broadcaster MTV3. "I don't think it's going to affect their situation an awful lot."

But others see Ferrari's spiraling situation as endemic of the current regime at Maranello.

"I believe that the structure that they had in the past with Jean Todt, Ross Brawn, Rory Byrne, Nigel Stepney and the rest of them is very, very different to what we see now," said Caterham team advisor Colin Kolles.

"His leaving is for me the same as Mr. Enzo (Ferrari) dying," he said. "He has become Ferrari. You see him, you see Ferrari."

Former FIA president Max Mosley, however, never quite saw eye-to-eye with Montezemolo, and he thinks Wednesday might now be a turning point for the fabled team.

"In truth, Ferrari have never been quite the same since Jean left," he told Reuters. "If they want to win races again they need to find another outstanding manager."

One thing, however, was left undoubtedly clear on Wednesday — Ferrari itself is going nowhere.

"Montezemolo explained to me that we are bound by contracts with Ecclestone to stay in F1 at least until 2020," Marchionne told Italian reporters, "but for me it should be much longer.

Just as crisis-struck Ferrari is grappling for traction at the start of the turbo V6 era, so too is reigning world champion Red Bull's French engine supplier.

Arguably, Renault erred even more than Ferrari with its first attempt at the all-new 'power unit' regulations, but Ghosn on Wednesday insisted Mercedes' "dominance" should not be overstated.

"This year, Mercedes is in the lead," Ghosn is quoted by the French language La Presse.

"But when you compete, you cannot win all the time. At some point, you have to accept that.

"Over the last four or five years, the Renault engine won all the championships in formula one."

But he said that success and failure in formula one are not always equally treated by the media.

"When we win, it's not at all 'the domination of French technology', but now, the first time the Germans are ahead, we see all about the 'domination of Mercedes'," said Ghosn.

This week, the F1 legend returned home to his estate on the shore of Lake Geneva following eight months in hospitals in France and Switzerland.

Although it was warmly welcomed as good news the world over, the development led to swarms of photographers and television crews flocking to the house in Gland, Switzerland.

Reportedly, a Russian news agency even set up a live stream outside Schumacher's home.

According to Germany's Bild newspaper, "The police of Gland responded quickly. They patrol Schumacher's estate on Lake Geneva all night, sending photographers and broadcasters away."

A police spokesperson confirmed: "We do not want intrusive people disturbing the calm around the house."

Bild said the first hours of Schumacher's return home went smoothly, as he is attended to by a full-time medical team including nurses and physiotherapists.

Rosberg pressure 'too big' at Monza – Wolff
(GMM) As the conspiracy theorists circle over Nico Rosberg, a more credible theory has been put forward by the German newsmagazine Focus — pressure.

After Monza – still amid the heat of the championship leader's clash with Lewis Hamilton at Spa – many fans, pundits and rivals suspected Rosberg made deliberate 'mistakes' last Sunday to gift his teammate the Italian grand prix win.

"They accused Nico publicly and left the public to devour him," he is quoted by Focus. "No wonder he was not at his best in Monza."

Indeed, on the podium after Monza, and for the second race running, Rosberg was loudly booed by the fans standing below him.

"I hope that with time they forgive and forget. I have apologized, I can't really do anything more than that," Rosberg said.

He admitted to Germany's Sport Bild that what transpired at Spa, and in the intervening days as Mercedes bosses internally punished him, had been on his mind as he entered the Monza weekend.

"Of course, the responsibility was fresh in my mind," said Rosberg, recalling his now controversial 'mistakes' that allowed Hamilton to win on Sunday.

"So I was probably more aware than usual," he added, referring then to his preparation for the impending duel with Hamilton during the race.

Even Mercedes' team chief Toto Wolff now acknowledges: "Perhaps the pressure on Nico was too big, but I am sure that he will fight back, just as he has always done."

F1 Fridays looming for Sirotkin, Verstappen
(GMM) Teen Sergey Sirotkin will make his formula one weekend debut in his native Russia next month.

But just weeks ago, the Formula Renault 3.5 series frontrunner was still hopeful he would drive Sauber's car on the Friday morning of the first ever F1 race at Sochi.

"With the test in Bahrain I got the (super) license so it is very possible that I will drive at Sochi on Friday," he had said.

Indeed, on Wednesday, Sirotkin 'tweeted' that Friday, October 10 will definitely mark his Friday debut in Russia.

Hinwil based Sauber confirmed the news.

Also on Wednesday, Toro Rosso confirmed reports that its 2015 rookie Max Verstappen had completed his first proper F1 test at the Adria circuit near Venice.

It was reported that the test in a two-year-old Toro Rosso was so that the young Dutchman could qualify for his super license and then make his Friday practice debut in 2014.

"Max did a very competent job," said sporting director Steve Nielsen, "giving the impression he has been driving a formula one car for quite a while."

Williams hopes to challenge for 2016 title
Williams is confident that it has a solid enough foundation in place to continue its rise up the Formula 1 pecking order and be in a position to fight for World Championship glory by the 2016 campaign.

Having endured a dismal 2013 campaign, the Grove-based outfit has made massive strides under the sport's new turbocharged regulations, taking 177 points from the first 13 races of 2014 – including five podiums.

This has led Chief Technical Officer Pat Symonds to believe that, with the workforce in place and a stable set of rules moving forward, Williams will soon have the opportunity to add further world titles to its name.

"I try to look a bit further ahead than just a year on year basis. I'm sort of planning for 2016 more than 2015, but I think we've got a good foundation to build on now," Symonds told GPUpdate.net in an exclusive interview.

"I think we can challenge for it [the title]. The people who have been winning it over the last few years have significant amounts of money, so that might be difficult to overcome, but it'll be a lot more satisfying if we do!"

Symonds was keen to highlight that although Williams has been aided by the dominant Mercedes power unit this season, the Williams chassis and aero package has also played a significant role in its improved results.

"We've got the best power unit in F1 but our chassis and aerodynamics have moved on immeasurably," he explained. "The car's got quite a good sweet spot. It's not a bad car anywhere, we've made big strides in tire management and thermal management in the tires, much bigger than a lot of people might realize.

"Singapore will be more difficult for us than Monza. But Austin, Suzuka and Abu Dhabi, they'll be OK."

Williams last tasted championship success in 1997, when it won both the Drivers' and Constructors' titles.

Lopez has been acting team boss since Eric Boullier defected to McLaren at the start of the year, with Federico Gastaldi subsequently named as Deputy Team Principal prior to the season-opening Australian Grand Prix.

"We are in the process of looking at that," Lopez told the official Formula 1 website. "That [confirming a new team boss] should be decided sooner rather than later to be fully integrated in 2015."

Lopez added that he is confident the Enstone team can be back challenging at the sharp-end next year.

"I am not saying that we will be fighting for the world championship next year, but we should go back to where we have been the previous two years," he continued.

"We have about 470 people in the factory, so it is still a big team; we have a two year-old wind tunnel, we have two year-old CFD – all the stuff that you need to compete.

"It was the mistake with the chassis that got us where we are now – and we definitely do not want to make this mistake again."

Pressed on if they will have the same driver line-up, he replied: "There is a high chance. One – Pastor Maldonado – has already been confirmed, and Romain Grosjean has in his contract – it is no secret that he could step out of the contract given the bad results, but I am pretty sure we will stay with what we have."