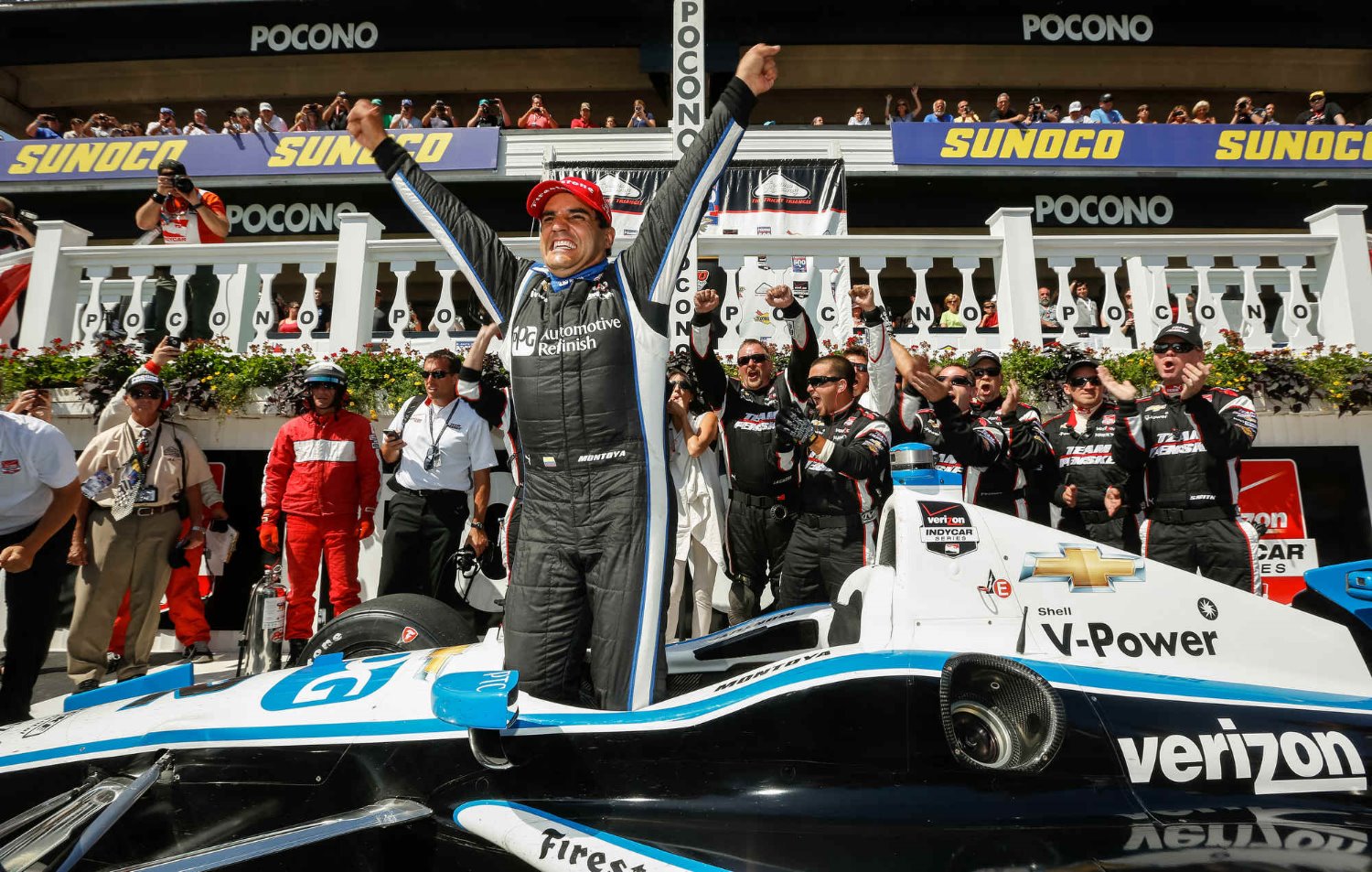 Juan Pablo Montoya — the 2000 Indianapolis 500 winner who returned to open-wheel racing after seven years in NASCAR — shares his insights on and off the track with USA TODAY Sports during the season. Montoya, 38, spoke with USA Today's Jeff Olson after he had some time to reflect on the IndyCar finale.

This Verizon IndyCar Series season was kind of funny. It was up and down, good and bad, and triumphant for one of my teammates and for all of Team Penske.

I was happy for Will Power, who won the championship in the final race Aug. 30 at Fontana, Calif., but at the same time I felt bad for Helio Castroneves, who finished second. As a team, though, our first-, second- and fourth-place finishes in the final standings were pretty impressive, so I have to say I'm proud of what we accomplished.

At the beginning of the season, I felt like I had a lot of work ahead of me to get to where I wanted to be. It had been 14 years since I'd driven this style of car, and I wasn't even in the top 10 in some of those early races. I was nowhere.

I always want more and I always want to perform better, so I set out to improve. Every race, we started to steadily get better in the No. 2 Team Penske Chevrolet. It culminated with a win from the pole at Pocono, and we had podium finishes at Texas, Houston and Milwaukee.

By the end of the season, we were very competitive. I'm especially happy with the way we finished the final three races — the runner-up finish at Milwaukee, a fifth-place effort at Sonoma, and a fourth in the finale at Fontana. Now we look forward to the 2015 season. It should be a fun year, and we've already started working on it. We're looking back at what we did right and what we did wrong. The more you look at those things, the more you're able to repeat the things you did right and avoid the things you did wrong.

I'm also looking forward to next season because the cars will change. We're being allowed to use body kits next season, which will make the cars look cooler and go faster. You'll be able to tell the Chevrolets from the Hondas more easily. We're eager to get started on testing the new pieces and see how they respond.

All in all, I'm excited to be where I am. Will and Helio and I get along very well, and we're all helping each other improve. Team Penske is in a great position right now and there's no reason we can't continue this path we're on and do it again next year. It's just a matter of keeping the ball rolling.

The first thing I did when I got out of the car at Fontana was go to Will's car and congratulate him. The next thing I did was go see Helio. Both of them deserved the championship, but only one of them could win it. It was wonderful to see Will's joy — it was so heartfelt and authentic — but it was also hard to see Helio's pain.

He was very graceful, as always, but this is the fourth time he's finished second in the championship. That's hard to take. But he does have his three Indy 500s, so that helps to ease the pain.

I'm proud to be a part of such a professional group. We don't want to get ahead of ourselves, but the potential is there for another championship in 2015. It's just a matter of avoiding mistakes and being as consistent as possible.

I don't know about you, but I can't wait for it to start again. USA Today