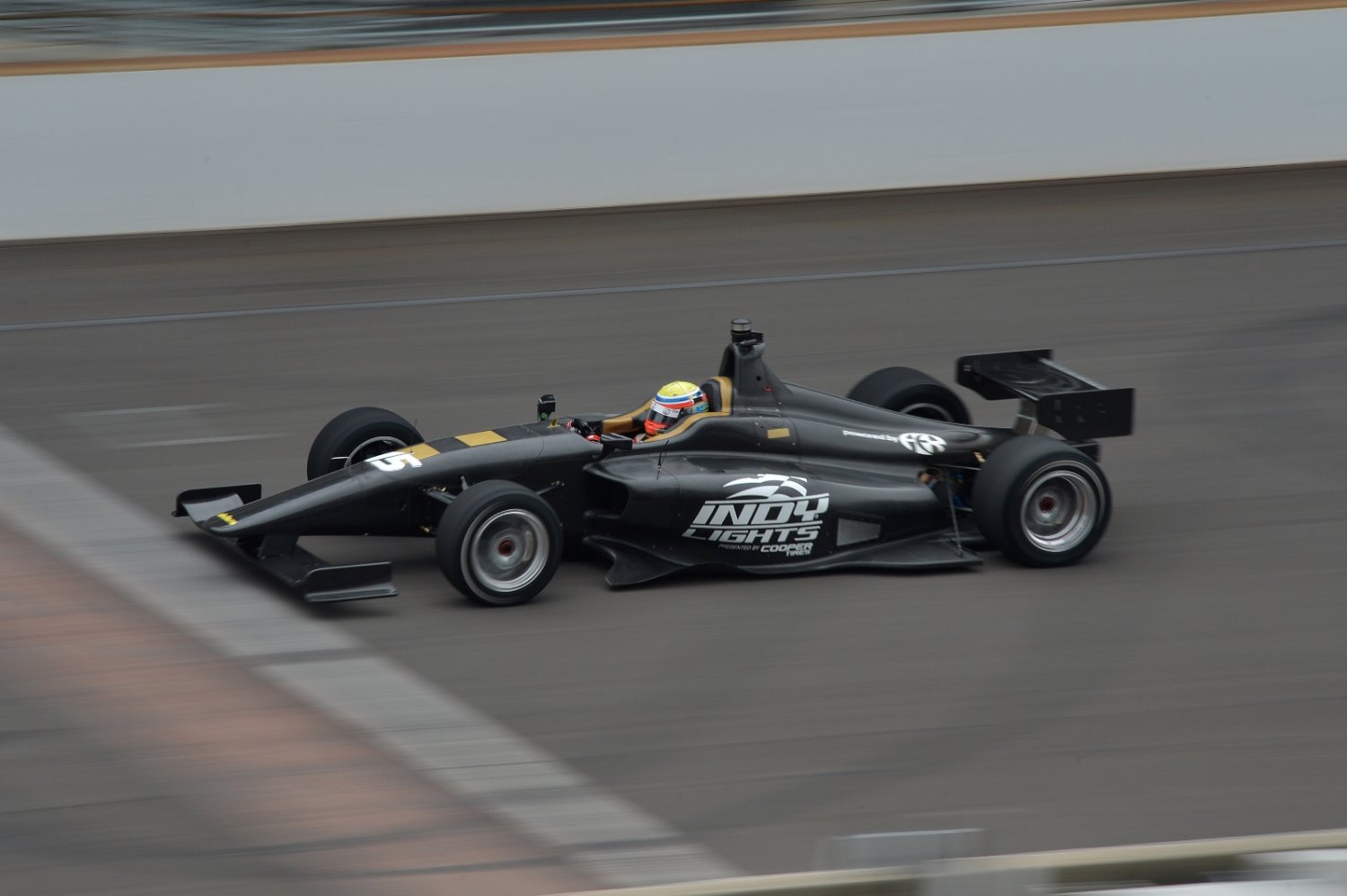 Following a one-day test with Verizon IndyCar Series stars Scott Dixon and James Hinchcliffe yesterday at the Indianapolis Motor Speedway road course, the AER turbo-powered Dallara IL-15 returned to the track today at the hands of 2014 Indy Lights Presented by Cooper Tires champion Gabby Chaves. Chaves was on deck to handle testing duties on the iconic 2.5-mile oval in the final development outing of the new car which will make its debut next year.

Following a lengthy delay due to rain, Chaves began his first-ever laps aboard the Dallara IL-15 around 2:00 pm ET. During 190 problem-free miles, Chaves recorded a best speed of 191.900 mph, which unofficially broke the track record set by Wade Cunningham of 190.177 mph on May 22, 2009.

"Gabby is an incredible talent and proved that to us today," said Tony Cotman, Project Manager. "We wish him the best in IndyCar and thank him for his contributions to the IL-15. It was a fantastic job by the entire crew running the road course yesterday followed by the oval today. This is officially the end of our scheduled testing and we are very happy with what's been achieved to this point. Thank you to Dallara, Conquest Racing, AER and all our partners who attended our tests.

"It will be interesting to see what happens once the teams get hold of the car. I feel we will deliver a reliable car which will challenge both the teams and the drivers."

Chaves, who holds fond memories of the Speedway following a sensational victory in the Freedom 100 in May – the third closest margin in Indy Lights history – was impressed with the development of the new equipment package.

"Obviously, on the outside it is beautiful. Once I got inside, it was a big step from the older Indy Lights car. I was very happy with the way it drove and we just made constant progression all day and went faster than anyone has ever gone before. To see all the changes we made and the positive effect they had, we were very pleased with that as well.

"The gearbox management and the new paddle-shifting system is really cool. It responds very quick with virtually no lag in between gears when shifting. The engine feels quicker than the older one with a lot more torque initially and then more power as well. The car just feels a lot more nimble because the engine is so much lighter. Overall, the package is just incredibly much better and the potential is huge.

"The top speed today, I mean we went over 200 mph and I thought that was just incredible, and the faster we went, the better the car felt. It was a really big surprise in a really positive way."

"I never expected the development of a brand-new car to go this smoothly and I have to give full credit to Tony and his team, our great partners and the drivers who provided invaluable input throughout our testing," said Dan Andersen, Owner and CEO of Andersen Promotions. "After watching Gabby today, I couldn't be more excited about the final product we will be offering our competitors. I would also like to thank the fans and also the media for their support from Day One when we unveiled the car at the Speedway in May. It has been great and meant a lot to see all of the positive feedback."