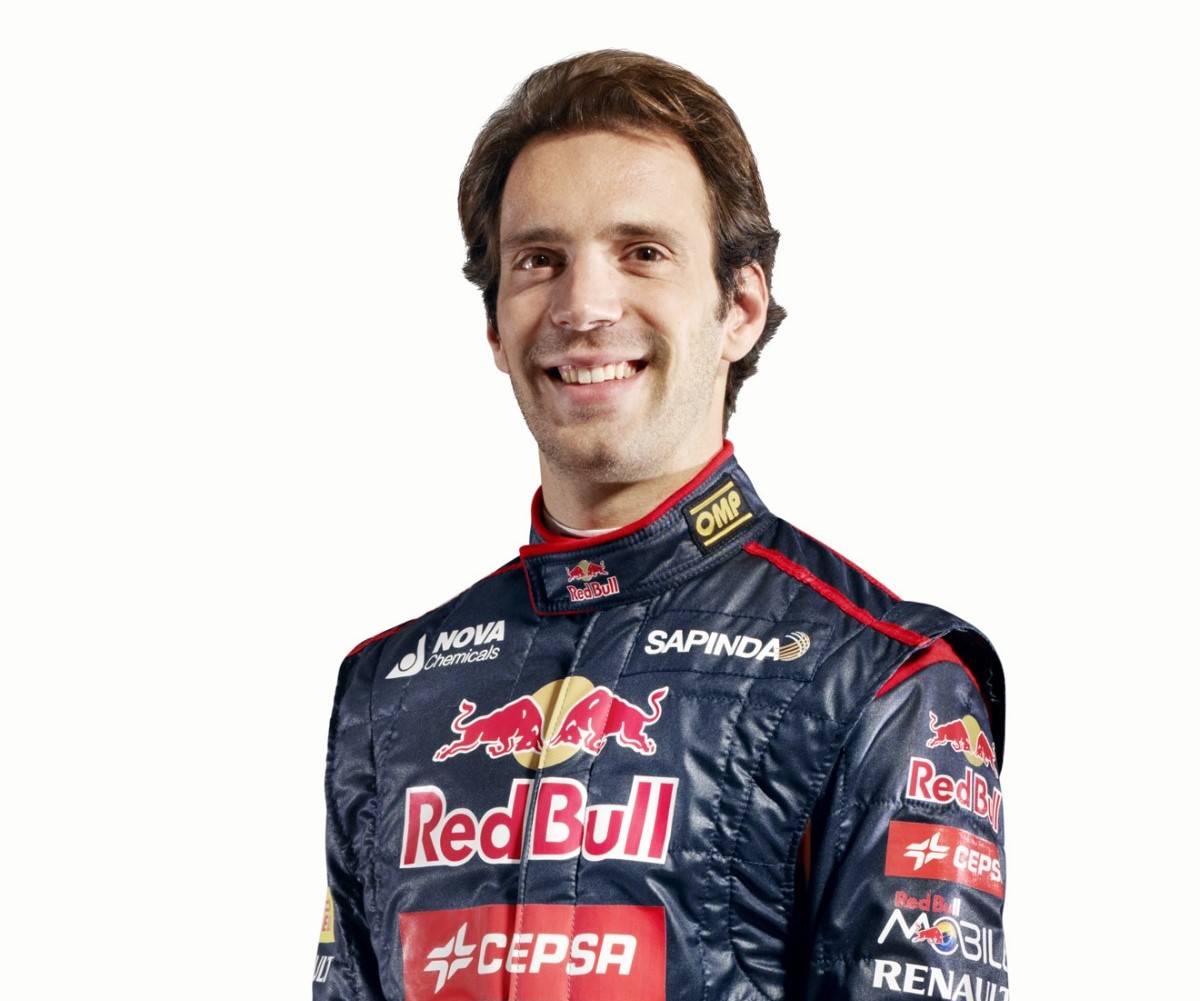 Fernandes happy to have sold Caterham
(GMM) Tony Fernandes has broken his silence to reveal it is "a relief" to have left formula one.

"Yeah. It's a relief," he told the Independent.

"There's nothing wrong in trying and failing," said 50-year-old Fernandes, who is now focusing instead on Airasia, his football club Queens Park Rangers, and second-tier teams in GP2 and Moto2.

He said he did learn things from F1, including "how not to do things".

Fernandes admitted not focusing hard enough on Caterham was a mistake, but he also said the naming dispute with Lotus was a "major blow".

"I never said it to anyone, but it left me feeling that F1 was very nasty and vindictive," he said.

"Then Caterham didn't really progress, a lot of investments didn't come through and it started to get tough."

"Every team talked about working together but it never happened. So you've got to put your hands up and say 'We're beat. It doesn't make sense any more'."

"Whether you're a top team or at the bottom, you get enough money to survive, and that's the major difference (between football and F1)," he said.

"There's a better dialogue (in football)," Fernandes continued. "There's a general understanding that we are in it together."

Vergne 'open' to future outside F1
(GMM) Jean-Eric Vergne insists he has his "eyes open" to opportunities outside of formula one for 2015 – IndyCar, WEC sportscars, or DTM.

Now in his third campaign with the Red Bull junior team Toro Rosso, 24-year-old Frenchman Vergne will be moved over at the end of 2014 for the teen rookie Max Verstappen.

Dr Helmut Marko, the architect of the energy drink company's prolific and yet controversial driver program, is unapologetic.

"Vergne has had three years at Toro Rosso, four years before that in the junior team and every opportunity — everything a young driver needs," the always-blunt Austrian told Speed Week.

"Now he must find a way independently after 2014," Marko said. "We are not a pension fund."

Two weeks ago at Spa-Francorchamps, Vergne insisted he still sees his future in F1.

But he is now quoted as saying: "I am working in the background on the continuation of my racing career and exploring all possibilities.

"I know drivers who were too fixed on formula one and in the end were left empty-handed, driving nothing.

"I'm not stupid. I keep my eyes open," Vergne added.

Lotus at Monza is 'worst car' – Grosjean
(GMM) Romain Grosjean is pulling no punches at Monza as he assesses the performance of his Lotus car.

Reportedly eyeing the exit at the struggling Enstone team, the Frenchman's season looks to have hit rock bottom in Italy as he led only the Caterhams in practice.

"We thought Marussia would possibly be faster than us here," Grosjean is quoted by Germany's Auto Motor und Sport and France's Auto Hebdo.

"Their Ferrari engine has made progress. It will be difficult for us to get into Q2.

"We are behind in our development program," he added. "Work to improve the cooling of the car cost us time and money and performance has suffered."

And Brazil's Globo quotes Grosjean as saying: "Without a doubt, this Lotus at Monza is the worst car I've ever seen in my life.

"We have problems with the consistency of the aerodynamics, and it's something we can't 100 per cent solve this year."

Grosjean also saved some criticism for F1's official tire supplier Pirelli, as he said the tires "were too hard last year and they still are this year".

Force India's Nico Hulkenberg agrees: "The tires are like concrete."

Currently, Kevin Magnussen and Jenson Button are waiting to know if they will spearhead the start of the Woking team's Honda era.

It is believed 34-year-old F1 veteran Button is the most likely to make way, as McLaren quite openly pursues champions of the caliber of Fernando Alonso, Sebastian Vettel and Fernando Alonso.

"I am a huge fan of both Kevin and Jenson," team supremo Dennis said at Monza. "Kevin has done an amazing job."

But he also said McLaren is looking closely at "who is available" elsewhere on the grid.

He would presumably love to reunite with his former protege Hamilton, who is at the centre of new rumors as Mercedes wonders if his pairing with Nico Rosberg is working for the German team.

Dennis said at Monza: "No one could have predicted the tension inside Mercedes-Benz, or imagine a range of scenarios that could see one of those drivers on the market by the end of the year.

"That does not mean we would automatically reach for that driver, or any other driver, in preference to what we have," he added.

"What it means is you are trying to understand who is available, and then you make a decision. It could be that decision is not to change."

McLaren has said it will announce its decision before the end of the season.

With Mercedes dominating the start of the sport's new turbo era, there have been calls from rivals Ferrari and Renault to relax the rules, which currently only permit changes on the grounds of safety, reliability or costs.

The idea was discussed during a meeting of F1's Strategy Group at Monza on Friday, with Wolff stating in the subsequent press conference for team bosses that Mercedes would support a lift if it is suitably implemented.

"Obviously we have a competitive advantage, it's pretty clear, but we would take the challenge on," said Wolff.

"We are now 12 races into a season and we've had that advantage. Is it the time at the moment to change the rules to change something? Maybe. I think we did… the discussions we've had so far were pretty open.

"There are various concepts on the table and if we decide to go completely in the opposite direction and open it up completely, this will increase the costs quite dramatically. I'm not sure if we could deliver all the same engines, all the same specification of engines to everybody. Logistically it's not feasible, so the devil lies in the detail."

Lotus stops development of 2014 car
Romain Grosjean says Lotus is no longer developing its 2014 car, with the team having struggled since the start of the season.

Grosjean's comments came after a particularly challenging first day of practice for the Italian Grand Prix, during which he and team-mate Pastor Maldonado were outpaced by the lead Marussia of Jules Bianchi.

"We have some problems with the aerodynamic consistency of the car. It's a problem we have had since day one and it's something we cannot 100 per cent solve for this year," a downbeat Grosjean explained.

"At least now we have the tools to measure the problems, and from there we can get better and try to produce pieces that make it less sensitive.

"We are on next year's car. There is no more development for this year's car."

Lotus only has two points finishes to its name this season, courtesy of Grosjean at the Spanish and Monaco Grands Prix. And when asked if he can see the team scoring more in 2014, Grosjean plainly replied: "No."

Grosjean added that Lotus faces a fight to progress from the first qualifying phase at Monza on Saturday.

"We had some small issues in second practice; I had a problem with the engine and I went wide at Turn 7 and damaged the floor, so it cost me time in the low fuel run. But the car is not good at this type of track," he said.

"I think the challenge will be to go into Q2. We may find a little bit of performance, but it's going to be very tight."

Kvyat set for 10-place grid penalty
Daniil Kvyat is set to become the first driver to be hit by F1's new engine penalties after his Toro Rosso team fitted an extra ICE (Internal Combustion Engine) element for the rest of the Italian Grand Prix weekend.

As per the rulebook, drivers can use five power units per season, with a 10-place grid drop being applied the first time a sixth of any of the elements is used, followed by a five-place drop for the sixth version of other elements.

The process continues for seventh elements, while a pit lane start is required if the entire power unit is replaced.

If Kvyat does not drop all 10 places at Monza, the remainder of the penalty will be applied in Singapore.