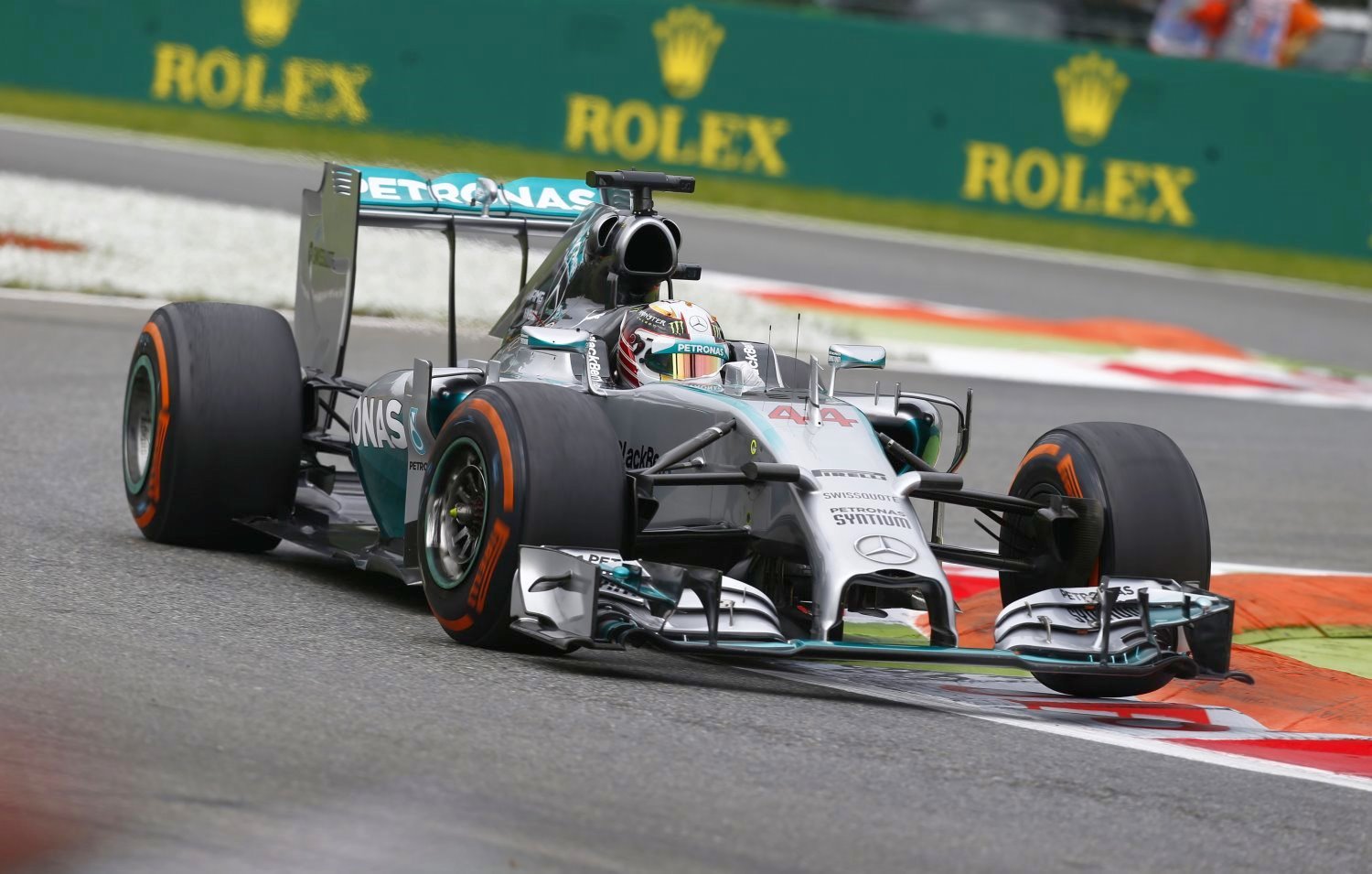 With his teammate on the sidelines with a broken gearbox, Mercedes driver Lewis Hamilton had no one to challenge for fast time in the final practice for the Italian GP at Monza. Hamilton improved his time to 1m25.519s on his last lap to lead Ferrari's Fernando Alonso by 4/10th of a second.

They were followed by three Mercedes powered cars of Valtteri Bottas in the Williams, his teammate Felipe Massa and the McLaren of Jenson Button.

For the third practice session in a row Sebastian Vettel's Red Bull did not have reliability issues and hence he was faster than his teammate in all three sessions in 7th place.

Rosberg's gearbox issue, which appeared to be his electronics meant he didn't complete a timed lap in that session. He's on his back foot going into qualifying.