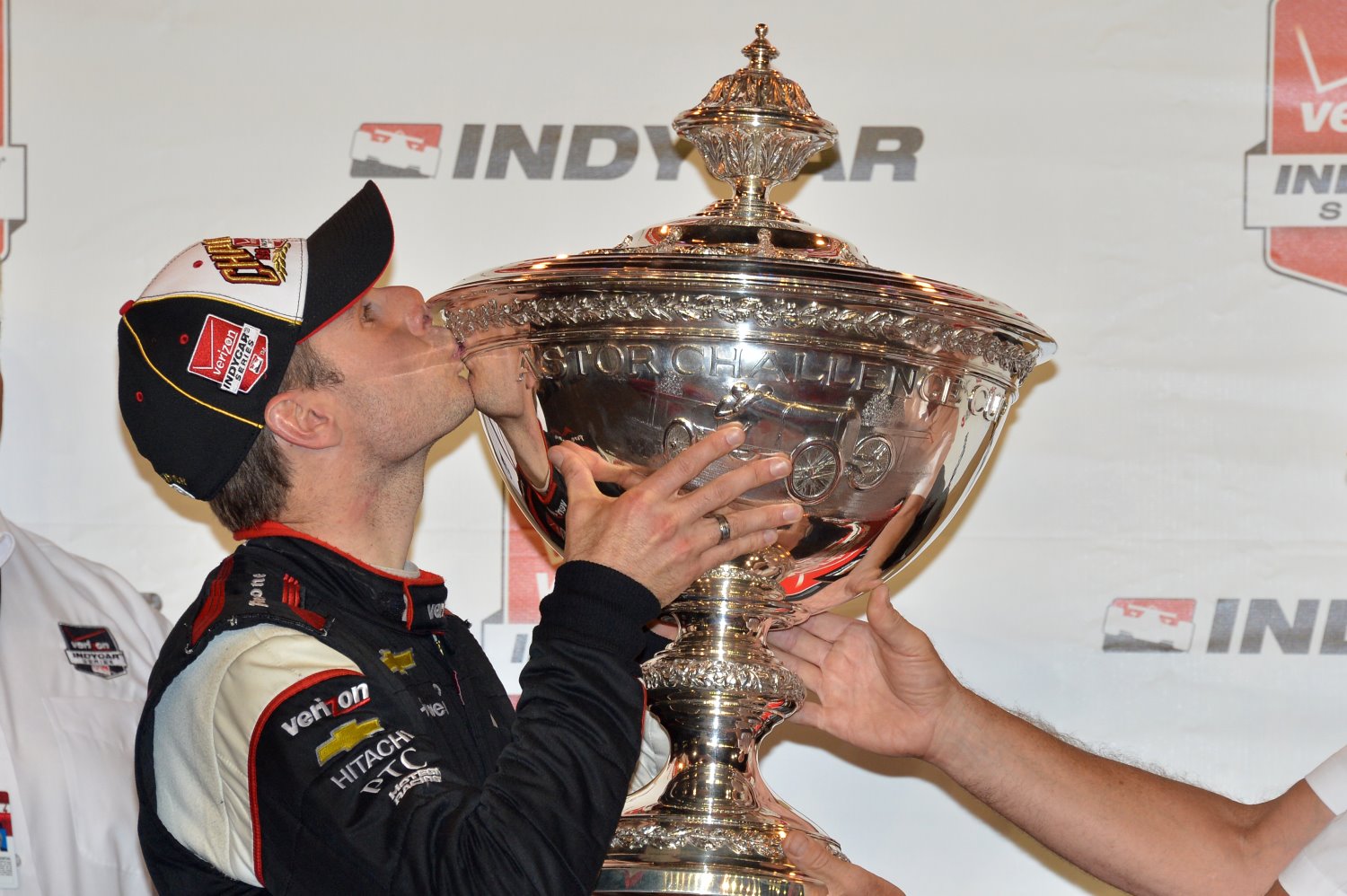 It's about 10:45 a.m. local time Sunday morning here in sunny California. Last evening, the 2014 Verizon IndyCar Series came to an end with Tony Kanaan winning the MAVTV 500 at Auto Club Speedway, and Will Power capturing his first series championship. With a few hours before I have to depart AR1's Santa Monica offices for my flight back to Maryland, I figured it would be a good time to catch everyone up on a few items for the weekend that we didn’t get to.

First off, as we've been highlighting for the past two weeks the story of the weekend was Power, who of course, had come painstakingly close to winning championships on numerous occasions. And last night's race took on an almost eerie quality with everyone seeming to hold their collective breath wondering what, if anything, could go wrong. For example, when Power's team took out a turn of wing, when they were suppose to take in a turn (or was it the other way around?), the "these kind of things only happen to Will Power," type comments flooded the media center.

The three-time Indianapolis 500 winner was the first to meet with the media after the race. And while you could tell he was taking a measured approach with his comments on what was a very special night for Team Penske, the Brazilian was not happy with the decision by Race Control to assess a pit-lane entry violation.

Also, while there was clear joy on Power's side of the team (and a lot of relief), it was a very different emotion for Castroneves, who will turn 40 next May. And one was left wondering how many close calls one of this era's great Indy car drivers may have left.

As for Power, the narrative on his career changed instantly with last night's championship. All of a sudden we view those wins (24), poles (36), and other accomplishments of Power in a much different light.

Simon Pagenaud, who entered last evening with the chance (albeit a long one) to win the series championship also met with the media after Castroneves. The Frenchman made an interesting "it’s been a great three years" comment regarding his time at Schmidt Peterson Motorsports. And when he was asked about the possibility of him departing SPM next year, he got somewhat defensive just saying people would know within two weeks.

Also, on Friday Pagenaud told a group of reporters that when making his decision, he only has "the next ten years in IndyCar."

Take that however you want. This writer thinks Pagenaud is likely on his way to Andretti Autosport, and that we'll know something pretty soon.

Speaking of Andretti Autosport, their 4-car armada obviously leads Honda's attack in IndyCar. We spoke with one member of a Honda team, who told us that they believed some complacency has set in with the manufacturer. And it's probably worth noting that after an amazing doubleheader weekend for Honda in Houston, where they earned 5 of 6 podium spots and won both races, Honda captured a mere 1 victory in the last 8 races, and none in the last 6. Ryan Hunter-Reay's charge in the final 10 laps at Iowa was the manufacturer’s only win in July or August.

As for complacency, I know way too much about that very proud company's track record of success in motorsports to think that with nothing but a passing comment. However, let the record show, Chevrolet's Bowtie Brigade handed Honda their lunch over the past two months. And when you consider that Chevy has both the Penske and Ganassi teams in their camp, one has to wonder if Honda is making a serious play for the newly-formed CFH Racing team.

I hate to end on a negative note, but there's no way of interpreting last evening's crowd at ACS as anything other than a complete and total embarrassment for the sport. While I noted earlier this week that there was promotion for the event by ACS President Gillian Zucker and her staff (which I'll add was very friendly and professional throughout the weekend), INDYCAR dropped the ball big-time. Anyone who can read a thermometer or knows the first thing about the struggles ACS has long had in drawing crowds, could have predicted last evening. I suppose that is, unless you work for INDYCAR.