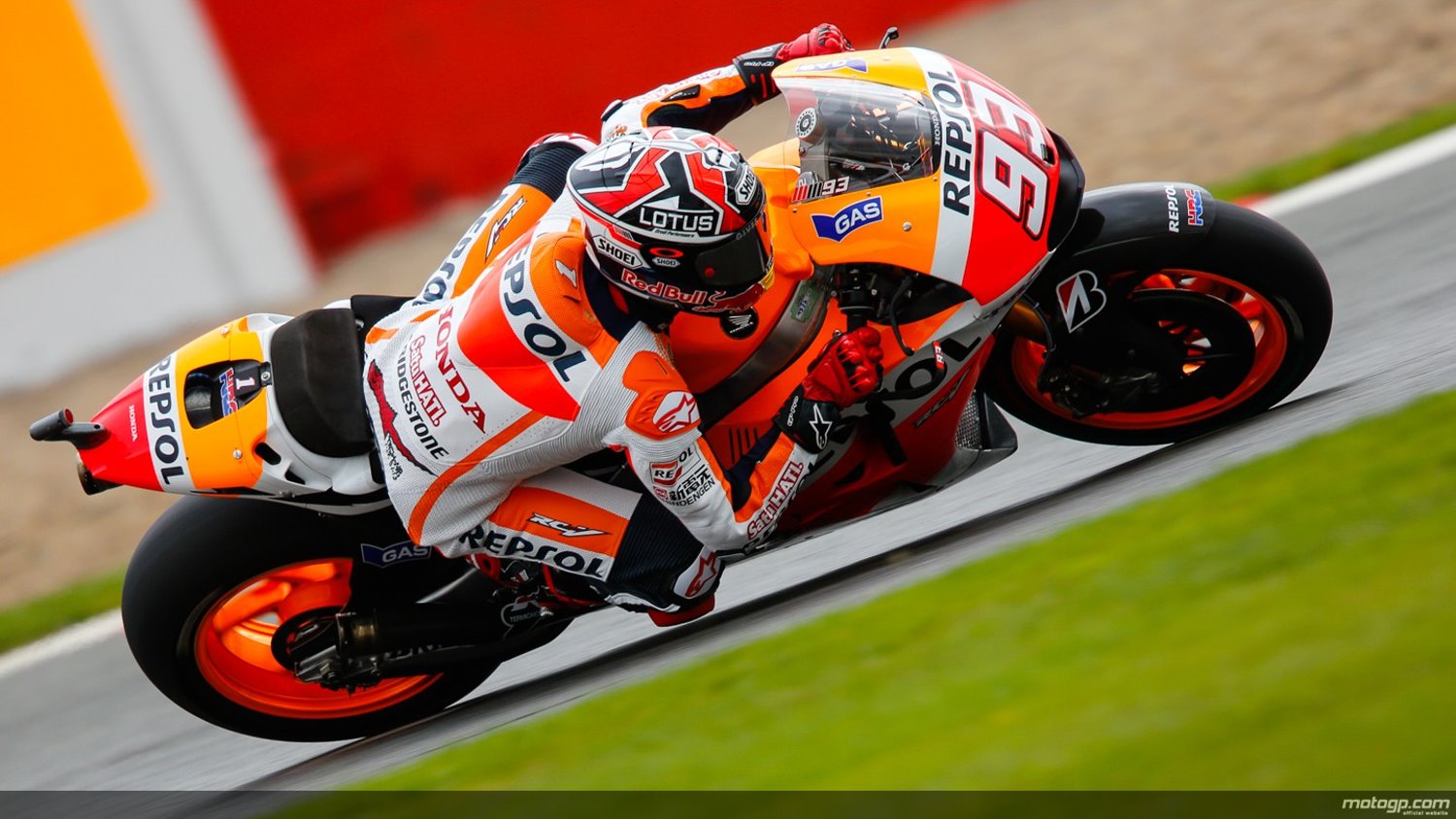 Marc Marquez won the MotoGP pole at the Hertz British Grand Prix, whilst Andrea Dovizioso and Jorge Lorenzo have also qualified on the front row.

Marquez (Repsol Honda Team) grabbed his tenth pole of the season right at the end of the qualifying shootout, clocking a 2’00.829 to secure the top spot on the gird as he looks for an immediate return to winning ways, after his fourth place Brno race finish.

Dovizioso (Ducati Team) made good use of the softer option qualifying tire again to trail by 0.311s in second place.

Despite his troubles on Friday to get on the pace and to get the best from this weekend’s tire allocation Lorenzo (Movistar Yamaha MotoGP) qualified on row one in third place.

Teammates Bradley Smith and Pol Espargaro (both Monster Yamaha Tech3) will line up on row three in seventh and eighth respectively. Stefan Bradl (LCR Honda MotoGP) ended up in ninth place, having escaped unscathed after two crashes earlier in the day.

Andrea Iannone (Pramac Racing) also crashed, in his case towards the end of Q2, leaving him tenth on the grid. Colleagues Scott Redding and Alvaro Bautista (both GO&FUN Honda Gresini) made it through from Q1 but could only qualify 11th and 12th.

Yonny Hernandez (Energy T.I. Pramac Racing) and Cal Crutchlow (Ducati Team) missed out on Q2 in third and fifth in Q1, leaving them 13th and 15th respectively on the grid.

A crash towards the end of Q1 for Leon Camier (Drive M7 Aspar) hindered his progress, but the Briton walked away unhurt, qualifying 18th.