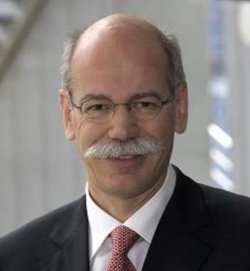 McLaren to 'respect contracts' in hunt for star driver
(GMM) A week before Monza, which is always a hotbed of rumors, the notorious F1 'silly season' is looking uncharacteristically uncertain.

Speculation is usually rife around the time of the Italian grand prix, but looking ahead to the 2015 season and the sport's grandee drivers and teams, either a lot will change or not much will change at all.

McLaren, wielding new power in the form of its looming works Honda partnership, potentially has its finger on the first of a very influential set of dominos.

Its name is Jenson Button. The 34-year-old – F1's most experienced driver – is highly rated by the Woking team, but McLaren is also acutely aware that he may not be quite in the mould of true stars like Hamilton, Alonso and Vettel.

But all of the aforementioned three, respectively at Mercedes (Lewis Hamilton), Ferrari (Fernando Alonso) and Red Bull (Sebastian Vettel), are firmly under contract for 2015.

"Well," said supremo Ron Dennis, when told that if the might of McLaren-Honda really wanted to sign one of them, it probably could find a way.

"That depends on whether you respect drivers' contracts or not, and I do," he told F1's official website.

It is not impossible to imagine Dennis' former protege Hamilton refusing to stay at Mercedes next year if his arch-enemy Nico Rosberg secures the number 1 for 2015.

"At the moment it (Mercedes) is not a team," Mark Webber told Austrian broadcaster Servus TV. "Is it ok to have them together in 2015?"

Mercedes boss Toto Wolff admitted this week that contract talks with Hamilton have been paused.

"At this stage things are very intense," he said, "and you have to stay concentrated on the season.

"One thing is for sure: we are not going to talk to anybody else before having a very clear situation about how we can continue to work with Lewis," Wolff added.

As for Alonso and Vettel, the latter of whom is not happy at Red Bull this year in the new Daniel Ricciardo era, Dennis was asked specifically about the pair and he did not deny his interest.

"As I say," he answered, "we'll always look to employ the best drivers available — but they have to be available, don't they?"

A second American grand prix, in New Jersey but amid the iconic Manhattan skyline, has appeared on draft calendars for some time but the F1 supremo now admits it is unlikely to happen.

"They still have the same problems they had in the beginning. Nothing has changed."

Now, speaking to the F1 business journalist Christian Sylt, the nature of those 'problems' has become clear — and it's all about money.

"Two or three backers that (promoter) Leo (Hindery) had had confirmed to me that they had an agreement with him and they were going to put the money up," Ecclestone told Forbes.

"If Leo had got the money or I had put the money up that race would have been on."

Ecclestone admitted that he went beyond his usual efforts for New Jersey, as the teams "were dying to have a race in New York so we were trying to make it happen".

Sylt said Ecclestone gave Hindery lots of chances by continually reinstating the race on draft calendars, and he even offered funding.

"I had nothing to lose with Leo," Ecclestone insisted. "If somebody had come along and put the money up and he had done the job I would have been delighted.

"He (Hindery) was trying to keep things alive hoping that somebody was going to put money in. It suited us to give him chances. Everybody wanted a race in New York."

"Naturally we have to report to him," the F1 legend and team chairman told the German weekly Bunte.

"We have a need for clarification. It (the F1 project) is all about building credibility for the brand."

Until now, although there have been efforts to cool the heat in the wake of last Sunday's incident, the clear finger of blame has been pointed at Rosberg for causing the lap 2 crash at Spa that left Hamilton almost 30 points behind in their title fight.

Lauda, for instance, admitted to Bunte that even the German driver's post-race explanation of what happened was "not understandable to me".

A key meeting to plot a way forward will take place at the team's Brackley base on Friday, Germany's Sport Bild reports.

"I will not be there," Lauda confirmed, "but Toto, Paddy and the two drivers will be."

It is possible that Zetsche, who has always argued against team orders, will ask for any solution to the problem to not involve ending Mercedes' policy of 'free racing'.

Indeed, on Twitter on Thursday, Mercedes asked its half-million followers to vote for either "team orders or free racing".

"This is a chance to have your say," the team tweeted.

The predictable and overwhelming response saw 92 per cent support for free racing, with Mercedes going on to ask for suggestions for potential penalties for breaching the "no contact rule".

"Would you suspend a driver for a race and not maximize constructors' points? Perhaps you'd set the order at qualifying slots?" the team twitterer wondered.

Lauda tipped Mercedes to ultimately keep the faith and refrain from playing safe and introducing team orders for the rest of the 2014 battle.

"Nothing changes," he said, "although it is important to avoid unnecessary risk.

"But I do not want to prejudge the meeting tomorrow (Friday)," Lauda added. "Let's see what the decisions look like."

Teen Verstappen 'not ready' for 2015 debut – Hakkinen
(GMM) Mika Hakkinen has added yet another disparaging response to the news Max Verstappen will make history next year as by far F1's youngest ever driver.

And the 1998 and 1999 world champion does not only criticize Red Bull's decision to sign the young Dutchman just half a year out of karts, but also his former F1 rival Jos Verstappen, who is Max's father and manager.

"In no case is a driver ready for formula one at 16 or 17," Hakkinen said in an interview with his sponsor Hermes.

Hakkinen, who was involved in Valtteri Bottas' management and also has a son (Hugo) in the world of highly-competitive karting, insisted: "Either as a manager or a father, I would never let a driver as young as that race in F1.

"It's too early, and if it fails, it can cause considerable damage," Hakkinen added.

Meanwhile, Hakkinen said Red Bull's Daniel Ricciardo cannot be ruled out of the running for the 2014 world championship, amid the escalating in-team battle between dominant Mercedes' warring teammates.

"Mercedes' dominance has decreased compared to what we saw at the beginning of the season," he noted.

"In my view, Ricciardo is dangerous.

"He drives for a team that has won the championship several times in a row, they have a lot of experience in these situations and show a lot of composure.

"At Mercedes, there is more pressure and the conflict between the drivers is not helpful to the aim of bringing home the title," Hakkinen added.

And he predicted that despite Mercedes' concerted efforts to cool the feud between Nico Rosberg and Lewis Hamilton, the pair will continue to wage their war.

"Both drivers will be saying 'Hey, I want to be world champion'.

"Of course," Hakkinen explained, "the team can implement internal rules, like collisions early in the race cannot happen under any circumstances.

"But then the next race comes. I believe that despite every effort, no one will be able to stop the intense competition between Nico and Lewis."

So far this year, the turbo V6s – combined with lower downforce and heavier cars – have proved at least several seconds slower than the pace of the past.

But at Spa-Francorchamps, the fastest lap on Sunday – achieved by championship leader Nico Rosberg – was two tenths quicker than the corresponding race of 2013, won by champion Sebastian Vettel.

An analysis by the German specialist magazine Auto Motor und Sport shows why.

First, aerodynamics plays a lesser role at Spa, where the more powerful turbo 'power units' of 2014 resulted in an average of 20+kph more top speed than the 2013-spec V8s on the long straights.

And the cornering deficit in 2014 was minimized at Spa last weekend, with Pirelli bringing the soft and medium compounds to Belgium compared to the medium and hard choice of last year.

Alarmed by its poor start to the new turbo V6 era, it has been all change at Maranello in 2014, including the ousting of boss Stefano Domenicali and engine chief Luca Marmorini.

New chief Marco Mattiacci is now plotting a further change of gear for the iconic marque.

"We have decided to invest in new infrastructures and people to create a more modern and slimmed down organization, but one that at the same time puts the emphasis on the team and on individuality," he said recently.

One of the new strategies, according to Italy's La Gazzetta dello Sport, is following the lead of Red Bull by having a Toro Rosso-like 'B-team'.

Ferrari has historically had close alliances with 'customer' teams, such as Sauber, and also Marussia, where leading team 'academy' driver Jules Bianchi is currently housed.

The report said Ferrari is not looking to 'buy' a second team, as Red Bull did with Minardi, but to trial and develop technology with a preferred partner team.

The obvious candidate is the new American team, set to debut in 2016. Gene Haas' machine tool company Haas Automation has already joined Ferrari as a sponsor.

Haas also intends to deploy Ferrari technology throughout its F1 project, while other 'academy' drivers like Raffaele Marciello and Antonio Fuoco are frontrunners to take a race seat.

La Gazzetta said that, ahead of the Haas tie-up, Mattiacci is lobbying hard for alterations to the rules in terms of the allowed transfer of technology between teams.

He also wants teams to be allowed to use more components and engines per season, and a relaxation of the engine development 'freeze'.

"To return to winning ways, Ferrari must first think of improving itself, the performance of the group and the development of the car," Mattiacci said recently. "We must be innovative and ahead of the others.

"As for making its weight felt, the voice of Ferrari, one of formula one's main players, is always listened to: clearly we need to work with common interests to truly understand what formula one should be in the future," he added.