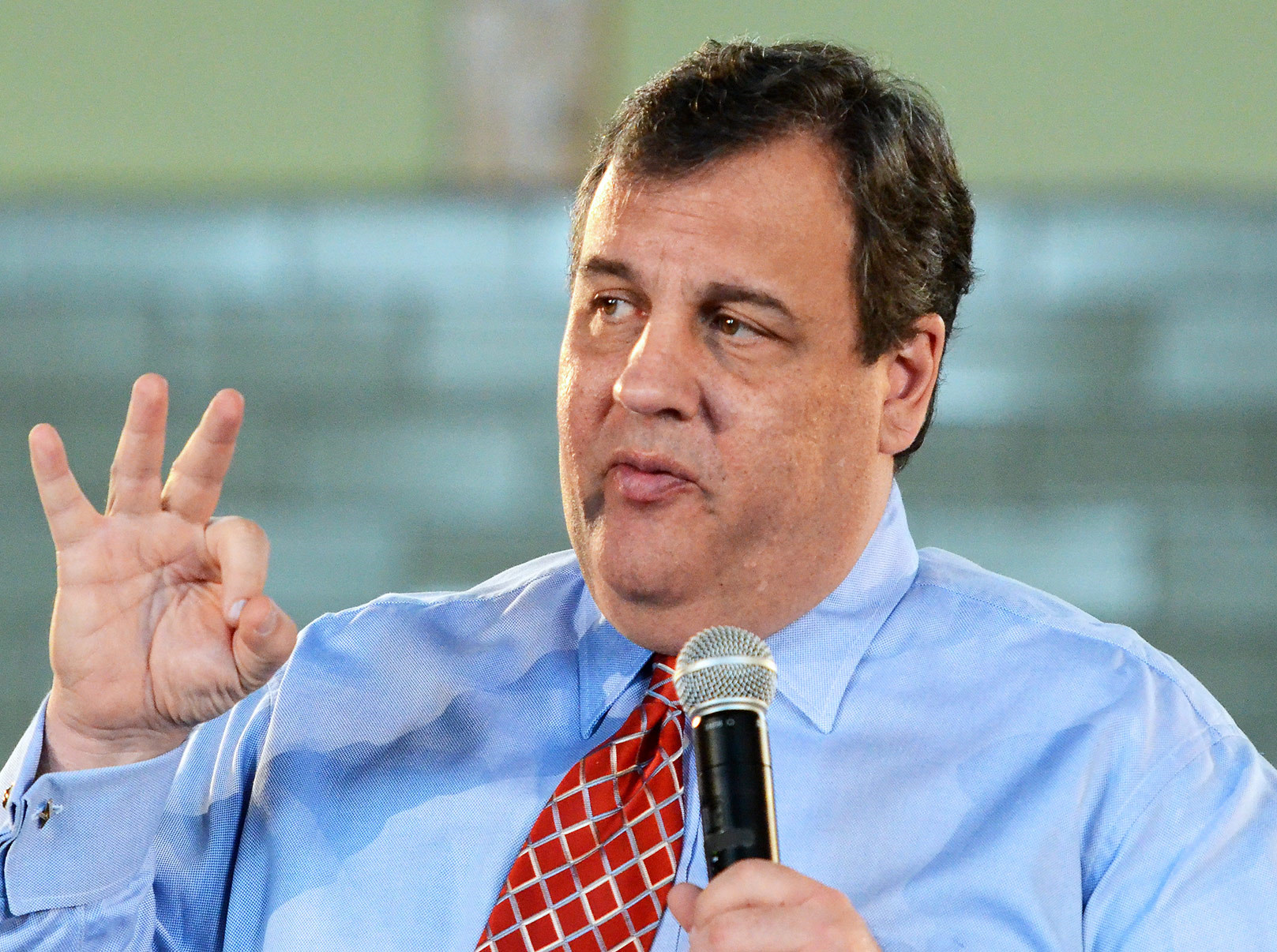 Formula One's chief executive Bernie Ecclestone has revealed that plans to host a Grand Prix in New Jersey were dealt a blow by several partners pulling out of the $100 million project.

The Grand Prix of America was announced with great fanfare in October 2011 at a press conference hosted by New Jersey's governor Chris Christie. It was due to be held in 2013 on 3.2-miles of public roads in Port Imperial, a district in the New Jersey towns of West New York and Weehawken. Part of the course snakes alongside the Hudson river and has the striking background of the Manhattan skyline.

Since the initial announcement, the F1 Group, which holds the rights to the race series, has twice dropped the Grand Prix of America from its provisional calendar. The most recent bid to get a green light for the race came in April last year when the F1 Group provided a $10 million loan to Port Imperial Racing Associates (PIRA) which is organizing the Grand Prix and is led by Leo Hindery junior, the managing partner of private equity fund InterMedia.

Mr. Hindery is understood to have matched the amount invested by the F1 Group by putting more than $10 million of his own money into the New Jersey race project. However, it is still not enough and in June last year Britain's Daily Telegraph newspaper revealed that PIRA had engaged investment bank UBS to raise the remaining $100 million needed to complete work on the track.

It seemed that UBS had failed to find the funding as in December 2013 Mr. Ecclestone revealed to motoring magazine Autoweek that PIRA had breached its contract with the F1 Group. However, it has now come to light that in fact investors were found but they failed to honor their obligations.

"Two or three backers that Leo had had confirmed to me that they had an agreement with him and they were going to put the money up," Mr. Ecclestone told Forbes. "If Leo had got the money or I had put the money up that race would have been on."

A Grand Prix in the New York area has long been one of Mr. Ecclestone's dreams. By repeatedly reinstating it on the calendar and agreeing to give it funding he has given PIRA more assistance than most other prospective race promoters receive. He defends this by pointing out that F1 has not been disadvantaged by it.

"It hasn't stopped any other race from getting on the calendar," says Mr. Ecclestone. "I had nothing to lose with Leo. If somebody had come along and put the money up and he had done the job I would have been delighted. Leo is doing the best he can with what he has got. He was trying to keep things alive hoping that somebody was going to put money in. It suited us to give him chances. Everybody wanted a race in New York. The teams were dying to have a race in New York so we were trying to make it happen."

The reason for the interest is easy to see. In 2012 the United States Grand Prix returned to the F1 calendar after a five-year absence with a race at the purpose-built Circuit of the Americas in Austin, the capital of Texas. The impact was felt the following year. In February the Wall Street Journal revealed that F1's television audience in the US, where it is broadcast on the NBC Sports Network (NBCSN), grew by 1.7 million viewers to 11.4 million in 2013. It has continued to accelerate since then.

This year's Bahrain Grand Prix was the most-watched non-domestic F1 race on cable in three years and also ranked as the most-watched race on NBCSN since it took over as broadcaster from Fox's Speed Channel in 2013. The Grand Prix was watched by an average of 594,000 viewers which was a 435% increase on the race in the same slot in 2013. It wasn't an isolated example. Data released recently by NBCSN shows that the first eight races of this year had an average audience of 588,000 viewers which was a 43% increase on the previous year.

Despite airing primarily in early morning timeslots, the average audience of F1 on NBCSN trails the home-grown IndyCar series on the same network by just 5%. The highest IndyCar audience of the season so far is 424,000 viewers for the Firestone 600 in Texas which ranks behind both this year's Bahrain Grand Prix and the Spanish Grand Prix in F1.

Historically, F1's TV audience has lagged far behind IndyCar in the US and, according to industry experts, the return of the US Grand Prix has been the driving force behind its resurgence.

"The return of Formula 1 to US soil 2 years ago gave the sport a tremendous boost in the nation's sporting conscious. And a second race would be huge in increasing that," says Will Buxton, F1's leading sports analyst and pit reporter for NBCSN. "I've always felt we need an east and west coast race. New Jersey would of course have been fabulous but F1 has a happy and popular home in Austin. But the more we race in America the better."

"There has been a definite increase in viewership and exposure in the US, which is great," adds leading F1 sports journalist the NBCSN writer Luke Smith. "Much of this does come down to the fact that the United States GP is back on the table but it's also the fact that the Circuit of the Americas was purpose-built for Formula 1. Up to now, it hasn't hosted IndyCar or NASCAR, thus detaching itself from the typical racing scene in the USA. There is certainly a push for a second race in the United States, and it would go a long way to cracking the market. However, it must follow Austin's lead; it must not be rushed."

Mr. Buxton says that "if you want the real story of success it is NBC. Formula 1 has gone from being broadcast on a network tuned solely towards motor sport aficionados, to one of the largest networks on earth. Formula 1 is being pushed and promoted across NBC, NBCSN and CNBC to a larger audience than it has ever had in America.

"In the last two years NBCSN has taken on two of the world’s most popular sporting championships in F1 and the Premier League. Neither have deep seated American roots. neither should be that popular. But both have become huge ratings successes. That has everything to do with the way they are being broadcast and promoted.

"At the root of American interest is ensuring Americans know F1 exists and can become excited about it. And with NBC, America has that." It isn't just a matter of quality but quantity too.

In addition to broadcasting the races, NBC also creates a significant amount of bespoke F1 content. Online, it produces a race-by-race segment, known as Paddock Pass, which features news and interviews. On air, it screens a series of specials called ‘Off The Grid' which go behind scenes of F1s best cities and races. Then there are even more in-depth shows such as last year's ‘Road to Ferrari' about the Italian marque which was so successful that it is being followed in 2014 with the ‘Road to Mercedes'. Allied to this, NBC's deal to show NASCAR has launched the daily NASCAR America show, which is a motorsports roundup with F1 at its heart alongside the network's other racing series.

A second F1 race in the US would undoubtedly boost the amount of American content but sadly it doesn't look like that will happen any time soon. Over the past five years alone there have been multiple attempts to launch new Grands Prix in America and it was thought by some that there will be three F1 races in the US by 2016: the US GP in Austin, the Grand Prix of America in New Jersey and the Long Beach Grand Prix in California. However this was nothing more than wishful thinking.

Mr. Ecclestone recently told British magazine Autosport that he doubted a race in New Jersey would ever happen. "I don't really think so," he said. "It is the same problems that it started with – nothing has changed." Another source close to the situation told Forbes that "the local politicians are jumping into the ‘lifeboats' and looking for ways to cover their political butts." Long Beach is even less likely to get the green light.

The Long Beach Grand Prix was founded by motorsport manager Chris Pook as a Formula 5000 race in 1975. F1 raced there from 1976 to 1983 and Mr. Pook went on to become chief executive of CART which was a rival to IndyCar's predecessor IRL. He recently spearheaded a bid to bring F1 back to Long Beach and in February it came to light that Mr. Ecclestone had written to Long Beach mayor Bob Foster to say "Formula One is interested in returning to your city."

Mr. Pook failed to steer F1 into signing a new contract with Long Beach and in April the city agreed to extend its IndyCar Grand Prix contract until at least 2018. There is still talk of Mr. Pook arranging another race in the US but that project too has yet to rev up. He was undoubtedly a major motorsport personality in the 1980s but it remains to be seen whether he will make a return to top flight F1 event promotion in the current era.

Indeed, the only man who has been able to launch a new Grand Prix in America in the past decade is Tavo Hellmund, the mastermind behind the US Grand Prix in Austin. As Forbes recently reported, the race is expected to generate $509.6 million for the F1 Group over the duration of its ten-year contract. A race in New Jersey would most probably make even more but, as things stand, it looks like we will never find out. Now would be a very good time for Mr. Pook and Mr. Hindery to give Mr. Hellmund a call. Christian Sylt/Forbes.com