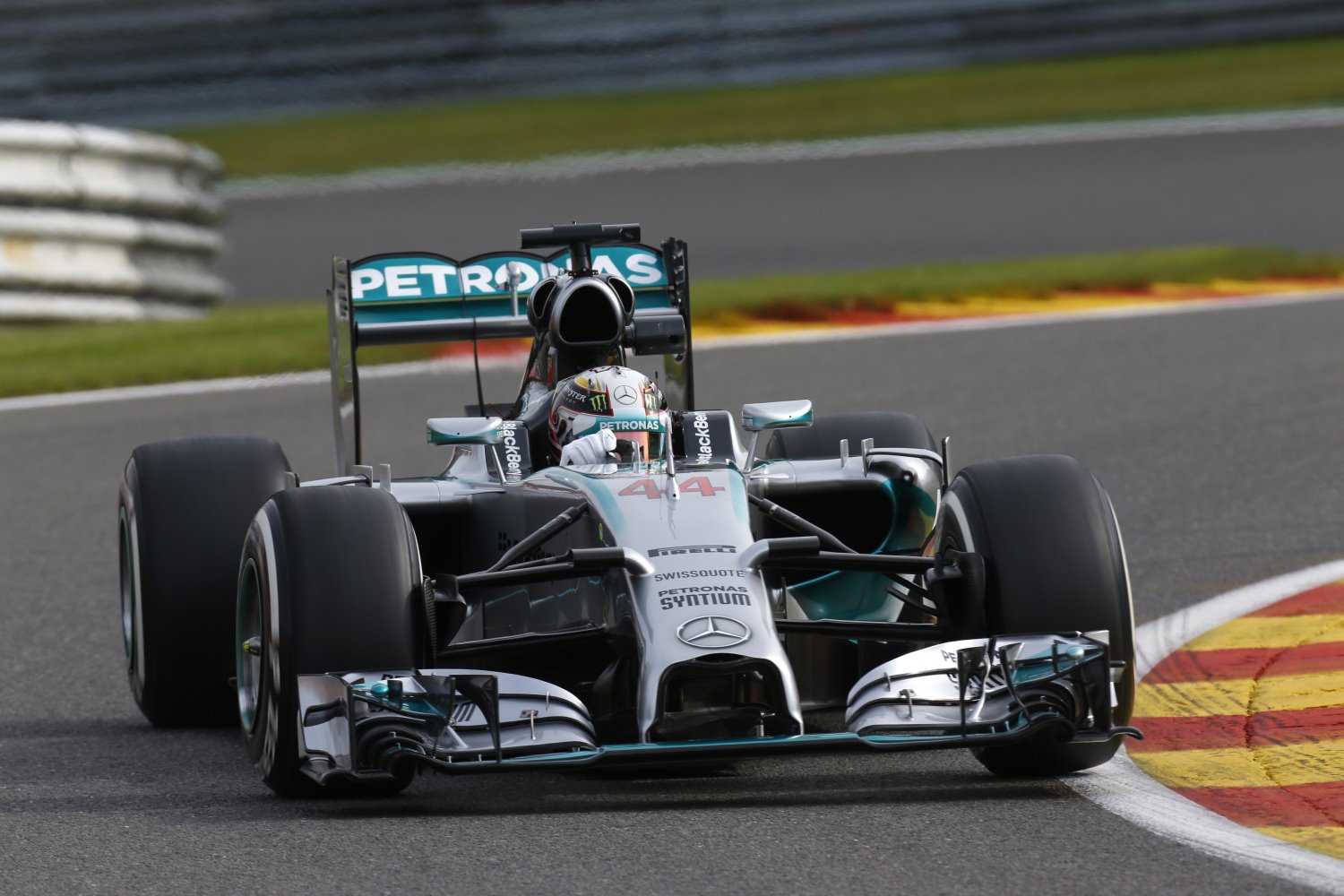 Rosberg, who was faster than Hamilton, but got away from the line slow and fell back to third, tried to pass Hamilton for the lead on the outside at Les Combes.

"I didn't really understand what happened – I felt a big thud at the rear," said Hamilton.

"I gave the guy space. I don't really understand it.

"It's really gutting for the result and for all my team.

"We've had such a tough year, not just the guys on my side of the garage, but the whole team in general.

"This is not good for the team. We could've easily had a one-two."

While Rosberg recovered to finish second after a front wing change, Hamilton ultimately retired his car after he drove back to the pits too fast with his tire flapping and damaged his underbody – dumb.

He was heard over team radio repeatedly asking if he could pull in, and insisted the damage to his Mercedes from the puncture meant saving engine life was more sensible.

"It's not a giving up thing, I lost at least 40-50 points of downforce," Hamilton insisted.

"I could do nothing. I was driving the arse off the car and the thing was all over the place.

"I couldn't catch Romain Grosjean. It didn't even matter if the safety car came out, I wouldn't have been able to pass. [Adrian] Sutil was pulling away from me.

"I burnt up an engine in the last race. I already have one less engine than Nico."