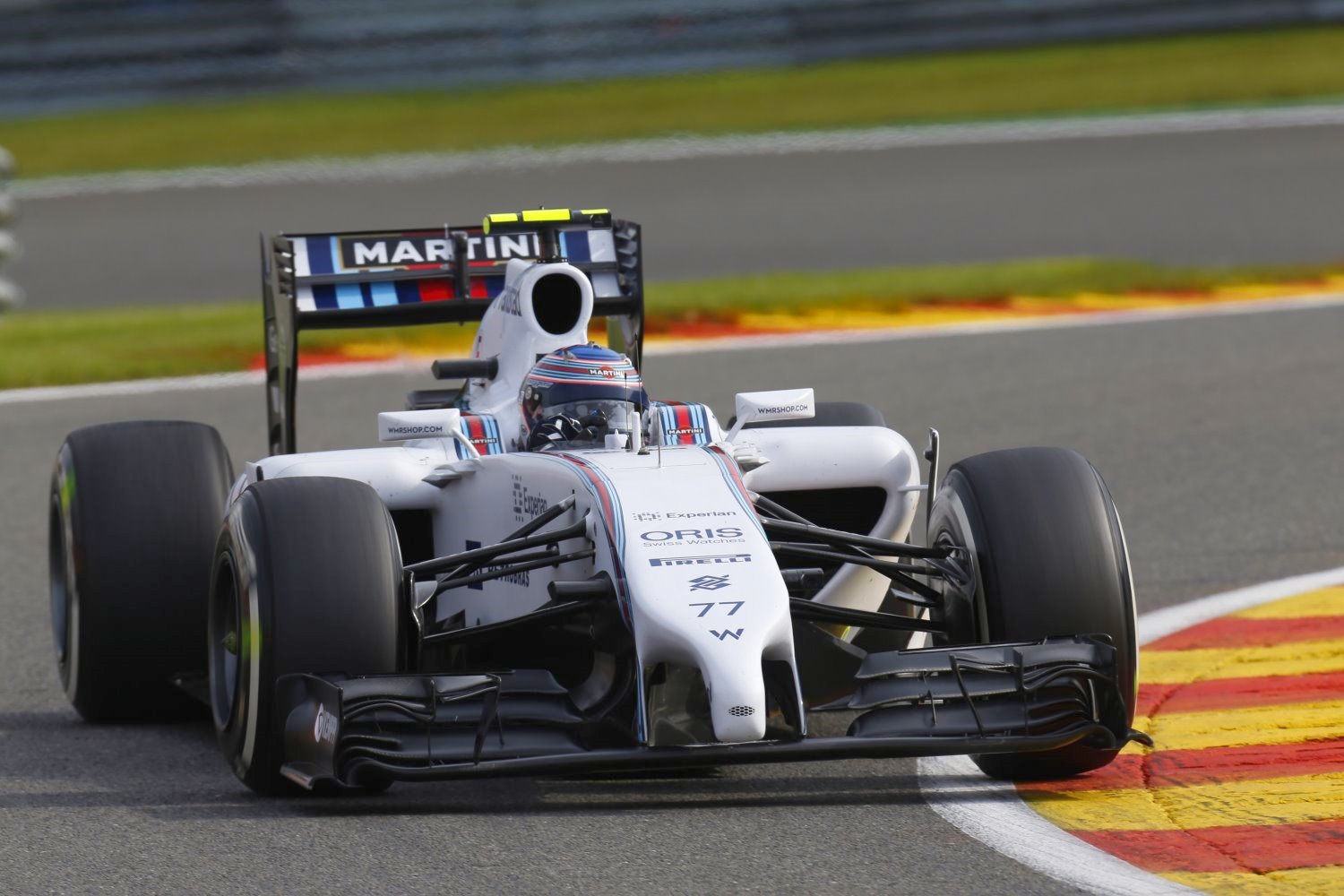 In a session that started out wet then eventually dried, Valtteri Bottas turned the fastest lap in the final practice for the Belgian GP at Spa with a time of 1m49.465s in his Williams with huge Mercedes HP under the bonnet.

While there was not much action on the wet track early, the end of the session was very busy once the track surface dried and Daniel Ricciardo nabbed second right at the flag 0.268s back in the Red Bull Renault.

Kimi Raikkonen and Lewis Hamilton had identical times to round out the top-5.