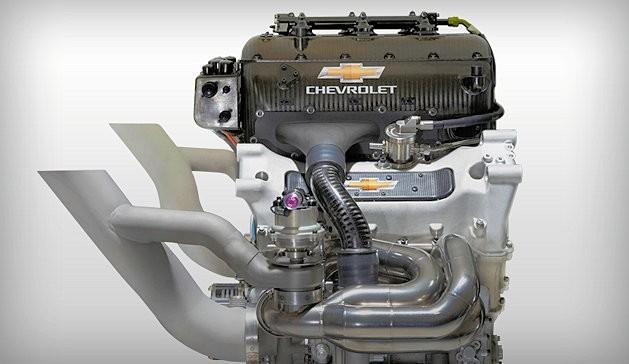 "We are very proud of all of our teams and partners for their contributions for their hard work and dedication that have contributed to Chevrolet's third consecutive championship," said Jim Campbell, U.S. Vice President of Performance Vehicles and Motorsports. "This is an exciting time for us and this program."

The Bowtie brand, which has won 10 of the first 16 races of the season with the 2.2 liter purpose-built engine, has won the Manufacturer championship in all three seasons since returning to the series in 2012.

"Winning the 2014 IndyCar Series manufacturers' championship with the Chevrolet IndyCar V6 twin turbo-charged direct-injected engine is the result of a collaborative and cooperative effort by our teams and technical partners," said Mark Kent, Director, Chevrolet Racing. “Chevrolet, Ilmor Engineering, Hitachi, GM Racing Powertrains, Pratt & Miller Engineering and all of our Chevy teams worked tirelessly on creating the combination of performance, reliability and efficiency required to win this title. Congratulations to everyone whose contributions have made this third consecutive championship possible."