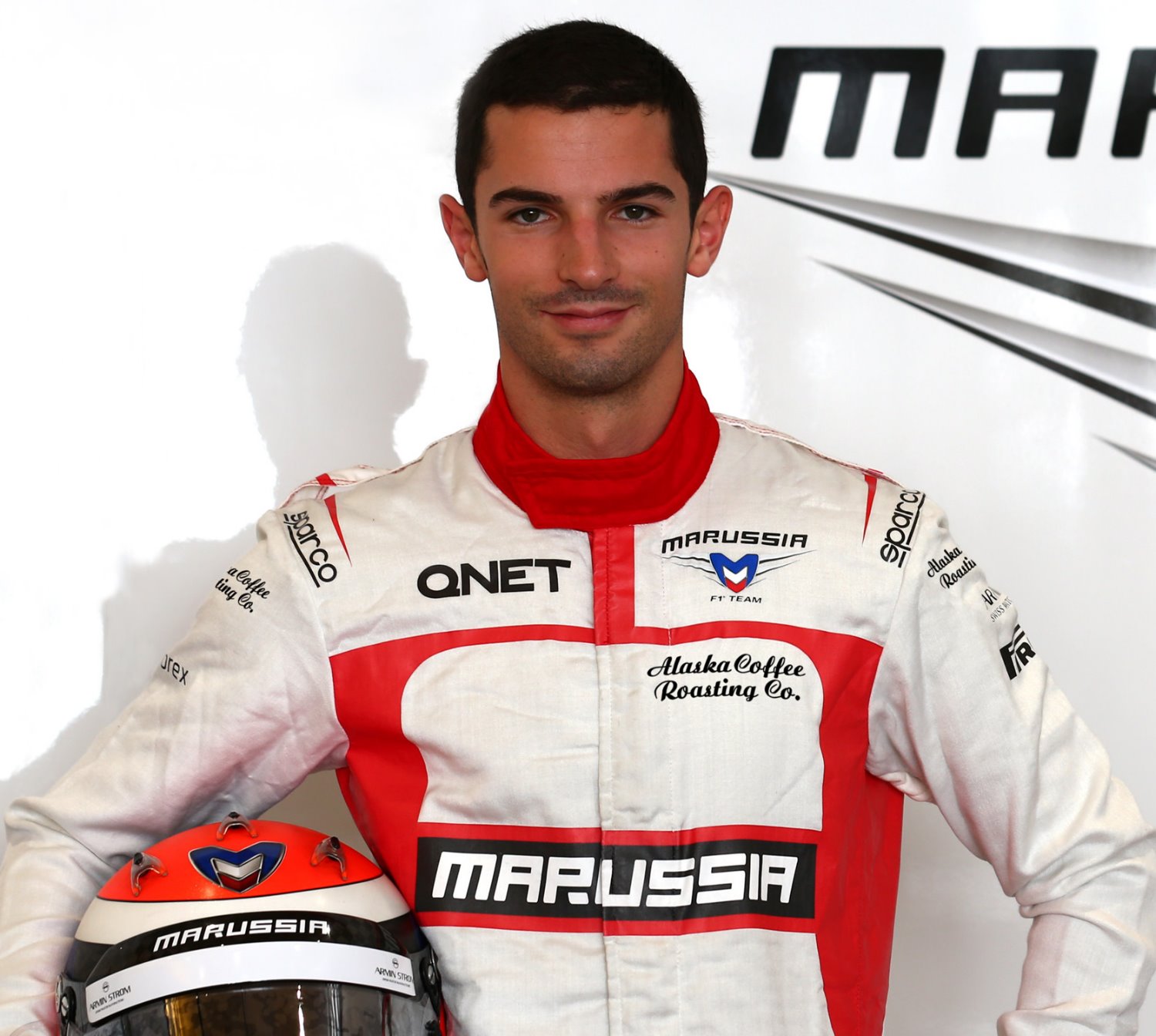 (GMM) Marussia has hit reverse after saying on Thursday Max Chilton would not be racing this weekend at Spa-Francorchamps.

The backmarker team drafted in Californian Alexander Rossi, who is in Chilton's car for first practice for the Belgian grand prix on Friday.

But Briton Chilton, who claimed on Thursday he had relinquished the seat so Marussia could "sell" it to Rossi, will now be back in the car in the afternoon and beyond.

The team had said on Thursday that "contractual issues" had caused the seat swap.

"On Friday morning, the team formally applied to change their nominated driver from Rossi back to Chilton for this weekend's race. The request was approved by the stewards," read a report posted on F1's official website.

08/21/14 (GMM) Kamui Kobayashi is not the only F1 regular sitting out this weekend's fabled Belgian grand prix.

Rossi recently left his reserve driver role at Caterham in the wake of Tony Fernandes' departure, signing up instead with Marussia.

Going into the Spa weekend, there were already rumors Marussia almost didn't make the trip to the Ardennes due to financial troubles.

Then on Thursday came the shock news — Rossi is stepping up to replace team regular Max Chilton.

Marussia said Briton Chilton, although previously thought to be healthily sponsored, is sitting Belgium out "while contractual issues are resolved".

"Although it was not our intention to offer Alexander the possibility to race this season, in light of the circumstances we are pleased to be providing him with the opportunity to make his grand prix debut," said team boss John Booth.

In the paddock, deputy Graeme Lowdon told reporters that "until the contractual situation is resolved, it's not appropriate for Max to drive".

Chilton, however, has a slightly different version of the alarming events at the back of the grid.

His management announced that the 23-year-old has in fact "volunteered" to step aside in Belgium to "allow the team to attract much needed funds by selling his seat".

"Marussia are currently in talks with several new investors," Chilton's statement added, "and it is expected the situation will be resolved before the next race in Monza."

Boss Booth confirmed: "Naturally we hope to resume normal service with respect to our established race driver lineup as soon as possible, but for now we wish Alexander well for the weekend ahead and we look forward to seeing him in action."

Alexander Rossi
"It goes without saying that I am thrilled to be given the opportunity to race in Formula 1 for the first time and I cannot thank the Marussia F1 Team enough for the faith they are demonstrating in me. It’s a very big moment for me and there’s a lot to prepare in a short space of time, but on the other hand I have felt ready for this for quite a while now. It is also exciting to be given this opportunity at such a fantastic and historical circuit as Spa-Francorchamps. I can’t wait to drive the MR03 from tomorrow and I hope to reward the team with a solid race weekend."