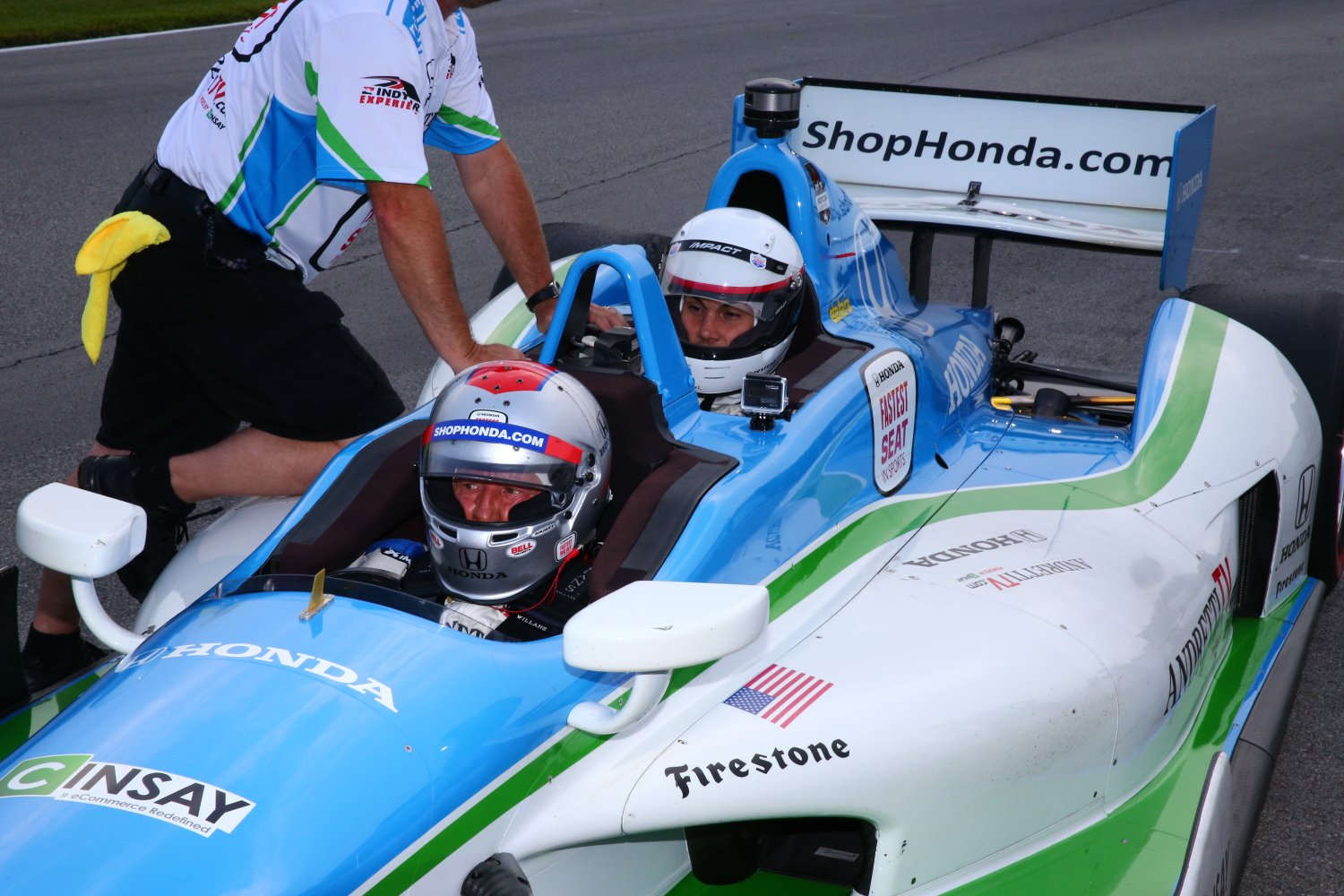 Mario Andretti took a spin around Sonoma Raceway on Thursday and jacked the Indy car up to about 150 mph. He might have been able to go a tick faster, but he was lugging this writer.

The car shot around the 2.38-mile course, with its 12 turns, in about the time it takes some big-league batters to get prepared between pitches.

I had ridden around the twisting course before in a NASCAR vehicle, and that was fun. The tires were screeching like a chase scene from "Fast & Furious."

In this two-seat IndyCar there were no squeals – at least, none that I could hear over the engine noise. The big, bald Firestones supposedly cost $2,600 for a set of four, although I'm guessing the series gets a promotional discount. Each car will go through about six or seven sets over the next few days, culminating with Sunday's GoPro Grand Prix of Sonoma.

These tires must have the grip of a vise. It helps that the car is low slung and that decades of advances in suspension and handling have greatly reduced the need to slow down in the corners. In fact, if Andretti slowed at all, except for the hairpin turns 7 and 11, it escaped my attention.

Before the ride, Andretti, 74, recalled finishing second to Dan Gurney at the track, then known as Sears Point, back in the '60s. That was before he won a Formula 1 title and four IndyCar championships.

He pointed out, "The average life of these tires is 10 minutes."

Knowing my lap would last considerably short of that, I relaxed.

These days, Andretti gives the media, sponsors and other people rides for a group called the IndyCar Experience. It's quite an experience. You think you're prepared for the speed of one of these babies, but you're not.

It wasn't a particularly hot day, but the fire suit, helmet and other protective gear made it hotter in the car than Death Valley. Anybody taller than 6-foot, by the way, can forget about a career as an IndyCar driver. (Andretti is maybe 5-5.) There's not much legroom. Ditto for those with wide butts.

You'd be pinned to the side of the car on the turns if you weren't strapped in so snugly.

I quickly forgot about the heat as we peeled out on the opening straightaway and went through the gradual turn 1. I say "gradual"; at this speed, a long bend is as gradual as a sneeze.

As we flew up a 150-foot hill to turns 2 (right-hand) and 3 (left-hand), I wondered if my internal organs were going to need time to reorganize themselves.

Whoever designed turns 2 and 3, I have to say, was mischievous at best, cynical at worst. They're called off-camber turns, meaning they're banked the wrong way. However, we sailed around them, giving me no time to look for the sheep that graze in the hillside above the track.

Turn 3A (the weird nomenclature stems from design changes over the years) is the highest point in the course, about 160 feet above sea level. Then it's all downhill, sort of. Turn 6 is a sweeping left-hander that, I suspect, left me with my mouth wide open.

Turn 7 brought a modest slowdown for the hairpin, then we sailed all the way to Turn 11, the hairpin at the other end of the course, before finishing the ride.

I've ridden plenty of roller coasters and in 1984 took a ride with the U.S. Olympic bobsled team in Sarajevo. This ride that lasted less than two minutes was just as jaw-dropping.

I asked Andretti, "How fast did we go?"

Somebody from IndyCar said, "He says that to everybody." SFGate.com