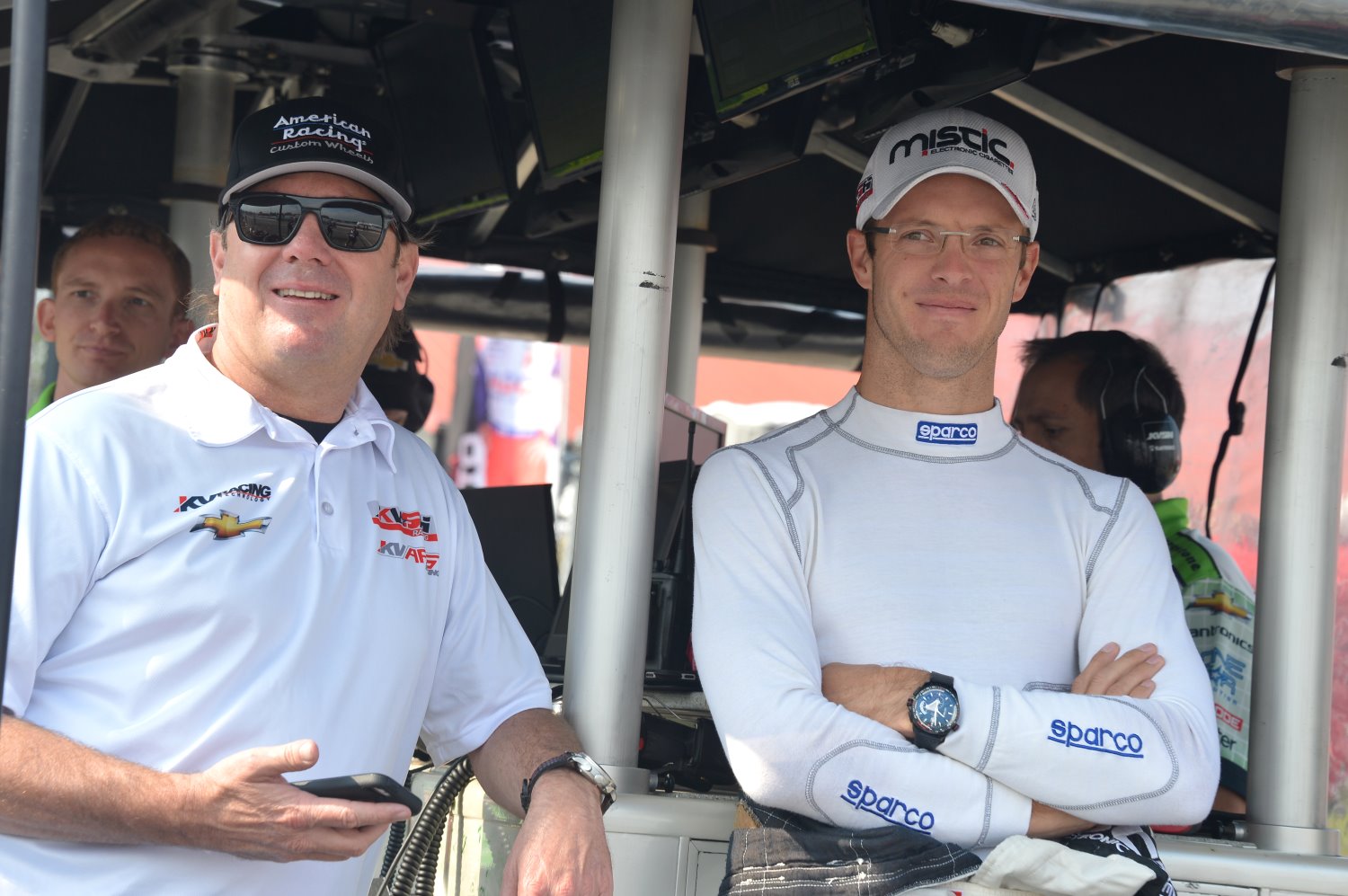 Jimmy Vasser, a Napa businessman and co-owner of KV Racing Technology, said he is optimistic about his team's chances at the GoPro Grand Prix of Sonoma Verizon Indy Car Series event this weekend at Sonoma Raceway. It's scheduled for Friday, Saturday and Sunday.

With two new drivers, Sebastien Bourdais and Sebastian Saavedra, the team is finally beginning to jell.

"I think that we are back on a roll," said Vasser. "We got our mojo back."

Vasser has lived and breathed IndyCars for the past quarter century, first as a successful driver, then as owner-driver, and now as a team co-owner, together with venture capitalist Kevin Kalkhoven and James "Sulli" Sullivan.

The reason for Vasser's confidence – the team has a win, a second-place finish and two poles this year, and both Bourdais and Saavedra are good at racing on street and road courses (like Sonoma).

"With the chemistry the team is having this year," said Vasser, "it looks like an all-go for next year."

It has also helped that the team came out to Sonoma Raceway in February for a test session.

"I think the drivers really like the course," he said. "It went quick, but in the end we were at the top of the charts with Ganassi and Penske."

Bourdais, who will be racing the No. 11 car on Sunday, agreed with Vasser's opinion of Sonoma Raceway's road course.

"It is very diverse, with slow corners, and it is tricky to set up for," he said. "It's a cool track."

A four-time Champ Car Series champion, Bourdais already had a successful start to this season, winning the Rolex 24-Hour at Daytona.

Bourdais said, "We didn't get the results we wanted in the beginning, but the last two races (before Milwaukee) have been good. It is a bonus for us in that we don't know how it's going to go for me with this new team. Like for Penske, they have been together for a long time and they know how it's going to go, what works and what doesn't. For us, we don't know all of that yet."

Saavedra, who joined KV Racing this year, will be in the No. 17 car at Sonoma this weekend.

Saavedra began his racing career at age 10 in go-karts, and won the Columbian National Karts championship when he was just 12 years old. He became the first Colombian to win the World Kart Championship of Parma Marqutti, then joined the German Formula 3 Championship circuit.

In 2009, Saavedra began racing Indy Lights, finishing the season third, and was named Firestone Lights Rookie of the Year. He made his debut in the IndyCar Series at the Indianapolis 500 in 2010.

Vasser, who drove Champ cars for 14 seasons (plus one race in 2006 and 2008 in Long Beach), has some of the finest credentials in U.S. open-wheel racing history. Although his prime years were spent away from the Indy 500 due to the CART-IRL split, he did win three 500-mile races in his career, including the inaugural U.S. 500 at Michigan in 1996. Driving for Target Chip Ganassi Racing, Vasser scored the team's first CART series championship that year, with four victories, including a popular win at Long Beach.

He also has been a very hands-on team owner, acting as strategist this year for his racer, Bourdais.