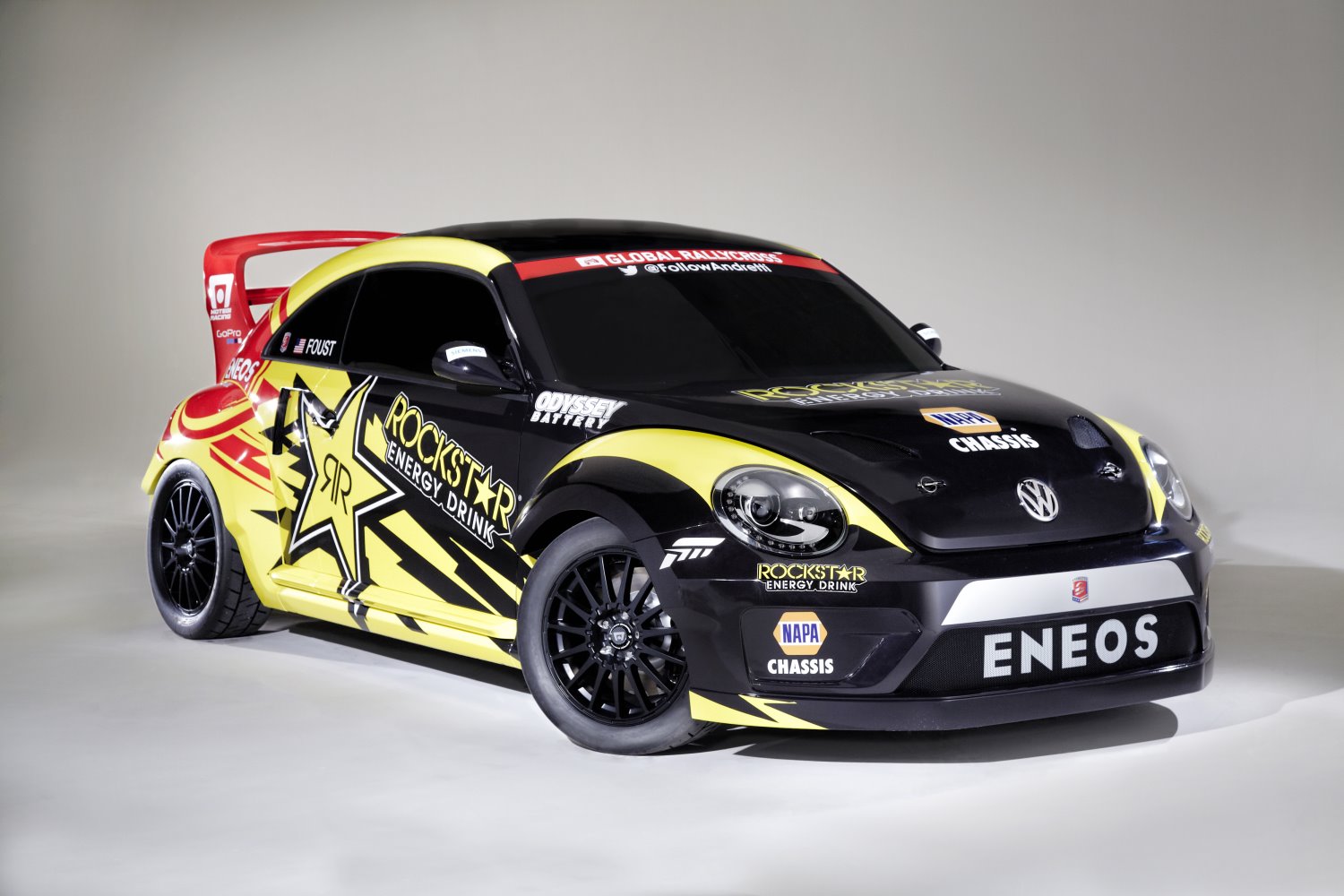 The Volkswagen Andretti Rallycross team heads to the famed Daytona International Speedway this weekend, August 22 -23, to kick-off the second half of the Global Rallycross season in the sixth round of the championship. The 13 Turn, .924-mile track layout will be the longest track of the 2014 season so far. Both drivers are looking to capture their second (Foust) and third (Speed) podiums of the year inside the 2.5-mile superspeedway oval. Global Rallycross Daytona will air live on NBC this Saturday, August 23 at 2:30 p.m. EST. Follow Volkswagen and Andretti on Twitter for updates throughout the weekend.

Speed sits 46 points behind Nelson Piquet Jr. in the drivers' championship standings. The sixth round of the GRC season at Daytona International Speedway will be Speed's first appearance at the 2.5-mile superspeedway oval since 2013.

"Daytona is a really cool racing city. The track has a great layout and the Joker is in a very unique spot, which will make for an interesting first lap since it is in the first corner. Being able to run on parts of the Rolex 24 Hours of Daytona track will add a fun element to the weekend. It's going to be great to go there with the Global Rallycross series and give the fans a different type of excitement than what they are used to. Overall it should be a great race for the fans to watch and take part of. We have some points to make up in the championship standings, and we plan on doing that during our time in Daytona."

The Colorado-native currently sits seventh in the drivers' championship standings, and enters the second half of the Global Rallycross season hoping to claim his second podium in Daytona.

"Volkswagen and Andretti have done a great job of giving us a car that can keep up with an extremely variable set of tracks. Over the first half of the season, we have developed a good setup on the car for gravel, and a good setup on the car for pavement. In the second half, we're looking at a technical track in Daytona; mostly tarmac and smooth in Los Angeles; rough, wet rocks in Seattle; and a little bit of everything to close out the year in Las Vegas. The challenge will really be on to get the cars to be fast on virtually every surface and that's where the Volkswagen Polo R and Andretti shine."