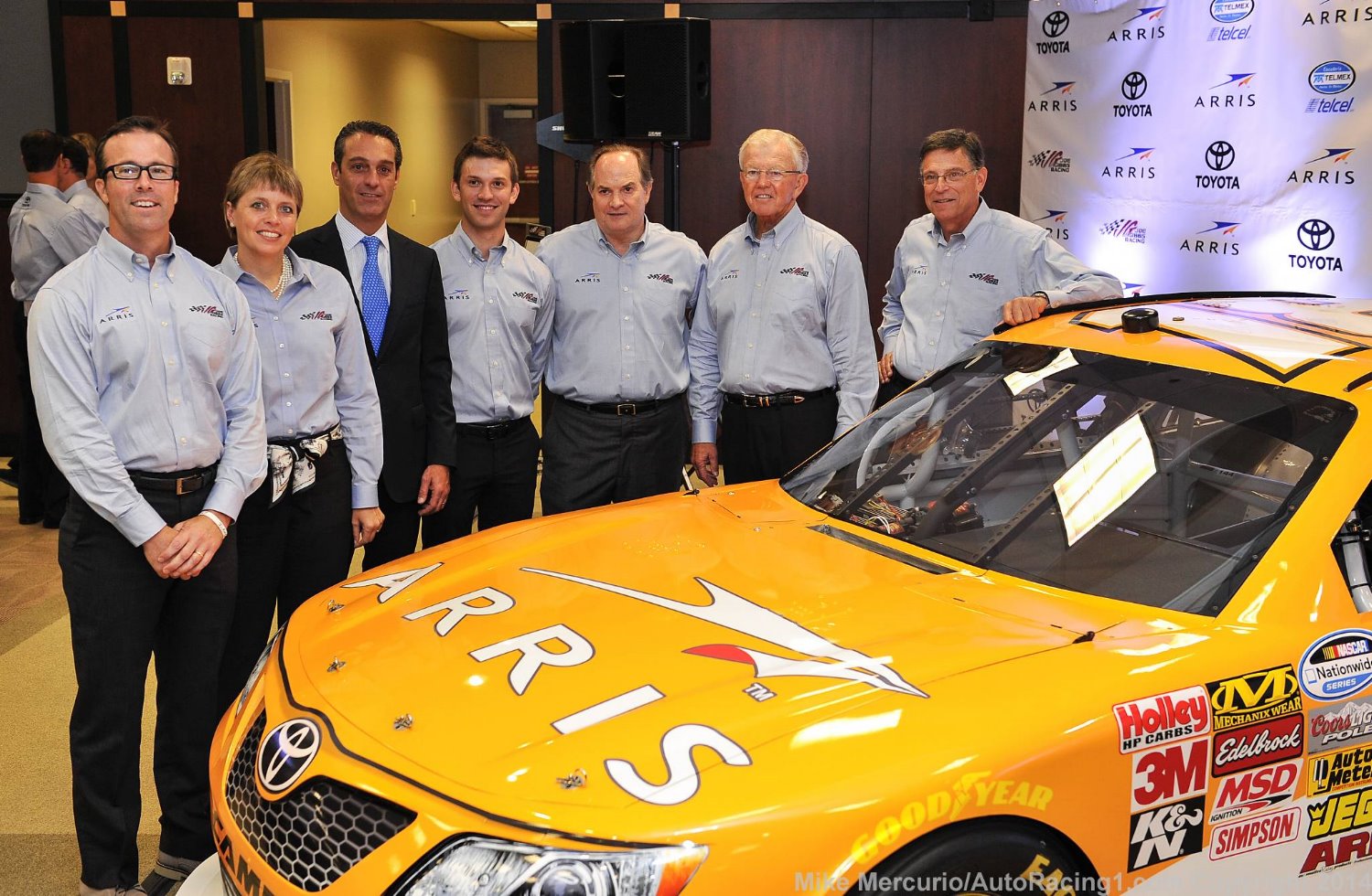 COUNTING CAMRYS: On Tuesday afternoon Joe Gibbs Racing (JGR) announced a fourth NASCAR Sprint Cup Series (NSCS) team for 2015 with Carl Edwards driving the No. 19 ARRIS Toyota Camry. In addition, it was announced that Daniel Suarez will become the first Mexican-born driver to compete full time in the NASCAR Nationwide Series (NNS) in 2015. Suarez will carry primary sponsorship from ARRIS throughout the season and will also compete in select NASCAR Camping World Truck Series (NCWTS) races for Kyle Busch Motorsports.

TOYOTA TALLY IN TENNESSEE: In Toyota’s 10 years of NASCAR competition, Camry and Tundra drivers have made more visits to victory lane at Bristol Motor Speedway than any other track — 20 total wins. Toyota NSCS drivers have accumulated five wins at the half-mile Tennessee track, dating back to 2009 when Kyle Busch swept both NSCS races that season as well as claiming the trophy in 2010 and 2011. Matt Kenseth drove his Camry to victory lane at Bristol in last year’s August night race, while his teammate Denny Hamlin won the August 2012 event. In the NNS, Busch has been nothing short of dominant, earning six of the seven Camry NNS wins at Bristol, including three straight from August 2010 to August 2011 and again most recently from March 2013 through this year’s spring race.

In the NCWTS, Tundra drivers have collected a total of seven wins at Bristol dating back to Mike Skinner in 2005 and most recently Busch in August 2013 – winning all but two of the last nine events.

DOMINANT PERFORMANCE: Tundra drivers have won the first 11 of the 12 races in NCWTS competition this year. Tundra drivers previously set a new series record with 12 consecutive race wins which began last season when teenager Erik Jones captured the checkered flag at Phoenix International Raceway (11-8-13)Tundra drivers to register wins this season include Busch (Daytona, Kansas, Charlotte, Dover and Kentucky), Matt Crafton (Martinsville and Texas), Darrell Wallace Jr. (St. Louis and Eldora), Johnny Sauter (Iowa) and Jones (Iowa). Tundra drivers are looking to continue their winning ways of 2014 as the series takes on the Bristol half-mile. Toyota is the winningest manufacturer in the NCWTS at Bristol recording seven victories at the Tennessee oval.

TOYOTA’S 10 YEARS IN NASCAR: Toyota is celebrating its 10th anniversary in NASCAR this year. Here is another highlight from Toyota’s first 10 years in the sport. Camry driver Kyle Busch becomes the first driver in NASCAR history to sweep all three races in a single weekend after winning the NSCS, NNS and NCWTS races at Tennessee’s Bristol Motor Speedway (Aug. 21, 2010).

NASCAR Sprint Cup Series (NSCS): Camry driver Matt Kenseth is currently fifth in the NSCS standings — trailing leader Jeff Gordon by 107 points … Camry drivers Clint Bowyer (10th), Kyle Busch (15th), Brian Vickers (18th) and Denny Hamlin (20th) also rank in the top-20 in the point standings following 23 of 36 races this season … Busch and Hamlin both clinched positions in the Chase following the Michigan race weekend … Both Darian Grubb, crew chief on the No. 11 FedEx Camry, and TRD President David Wilson are graduates of Virginia Tech — scheduled to compete in a college football game against the University of Tennessee at Bristol in 2016.

Are you looking forward to returning to Bristol?

“I love Bristol and getting back there running all three divisions is going to be fun again. Being able to get back in the Truck of course and then run the Nationwide car and also run the Cup car. We’d love to be able to repeat 2010 — that would be amazing — and do another trifecta. But, since they’ve ground that place it’s not necessarily been my best track lately. So, I’ve got some work to do to figure out how to get better there and make it happen."

Is Bristol a track you look forward to each season?

“I always look forward to going to Bristol because I think that the racing has always been pretty good there. Certainly the track changes a lot as the top line rubbers up throughout the weekend, but I’m looking forward to getting there this weekend. The last three races at Bristol, our No. 20 team has run really well even though we got wrecked out of two of those races and won the third. Bristol is one of the more physically demanding tracks that isn’t very forgiving and there’s a fine line between going fast and getting stuck in the fence, so it’s all about finding that balance."

NASCAR Nationwide Series (NNS): Camry drivers Elliott Sadler (third) and James Buescher (10th) are currently in the top-10 in the NNS point standings following 22 of 33 races this season … Kevin Kidd, crew chief on the No. 20 Camry driven by Erik Jones, is from nearby Tazewell, Va.

How special is Bristol?

“No matter how many times I go to Bristol Motor Speedway, I still get goose bumps. Bristol has a different type of atmosphere. It really does feel like you are a gladiator fighting in the last standing coliseum. Bristol is not only one of my favorite race tracks, but it is also where I won my first NASCAR Sprint Cup Series race. To this day, when interviewers ask do I have a favorite win, my response is always, ‘How can I not say my first win is my favorite win!’ I’m excited to be back at Bristol this weekend with Sport Clips on board our Camry and I’d love to get another win and move up the driver points standings."