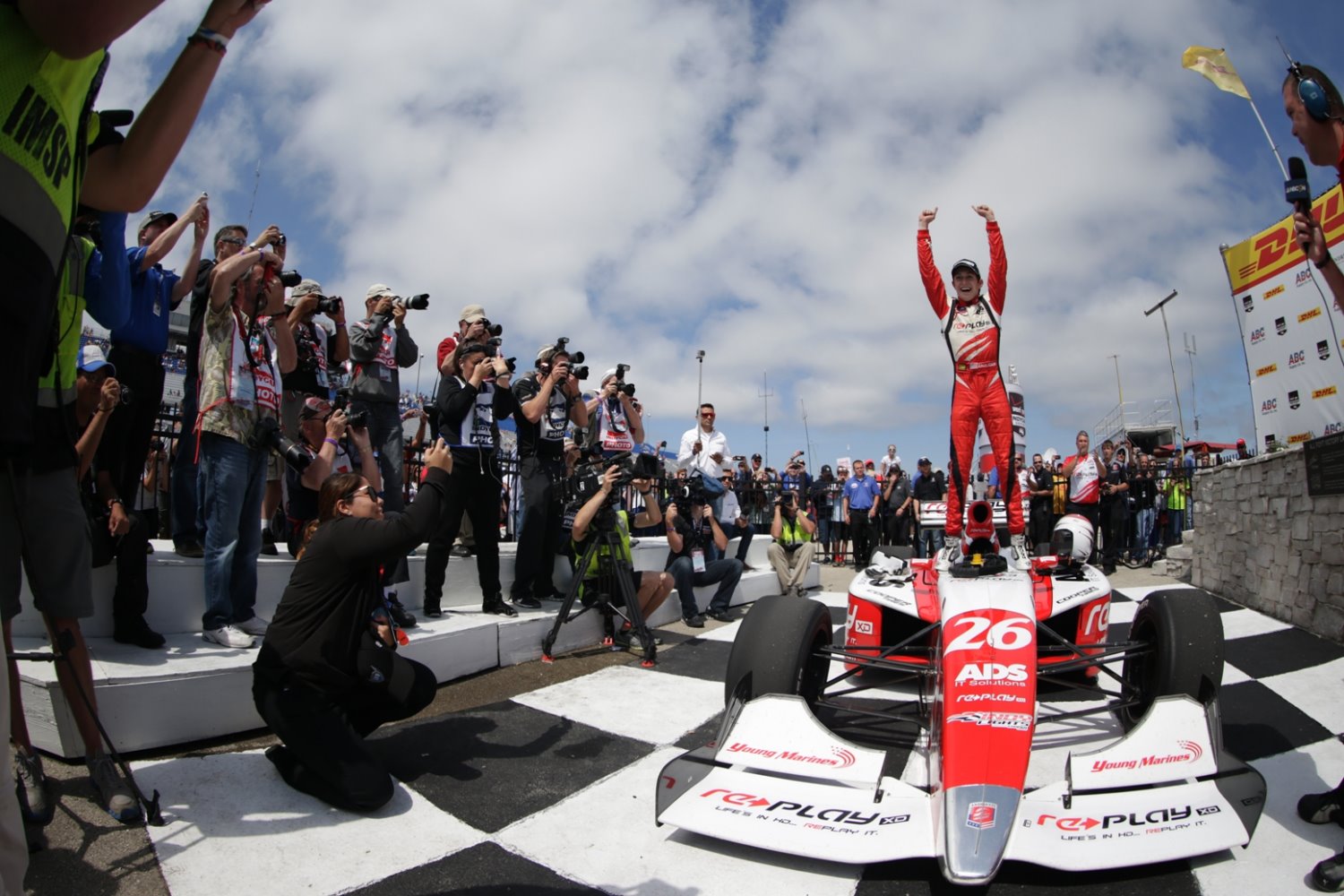 Veach captured his third win after starting from the pole position at Milwaukee IndyFest last weekend. With this weekend's doubleheader on the Northern California track, the series sophomore is still in contention for the championship win only seven points behind leader Gabby Chaves.

"It's hard to believe we're already at the last two races of the year for us in Indy Lights. 2014 has been a fantastic year for the RePLAY XD guys and I, especially coming off of our win this past weekend that puts us only seven points behind in the championship! We have two more opportunities to take the lead and take home the championship this weekend at Sonoma. We'll be pushing as hard as we possibly can and will leave absolutely nothing behind deciding if we get to walk away as the champion or not. It's still very close and possible for us! I can't thank my Andretti Autosport crew enough for all of their hard work; they've made this for me."

The third-generation racer made up an Andretti Autosport 1-2 finish at the Andretti Sports Marketing event last weekend in Milwaukee. Brabham currently holds the fourth spot in the Indy Lights championship battle heading into the final two races.

"It's crazy – this season has gone so fast! Already at our last event, and what a great way to finish with all three Mazda Road to Indy series. I love the Sonoma track and also the city of San Francisco. I will be having fun and enjoying my time through our last race weekend of the year. I want to finish off this year strong and bring home two wins for the United Fiber & Data/MAZDASPEED crew. I had incredible pace at Milwaukee IndyFest, and I'll be aiming to carry that over into Sonoma."

Blackstock is coming off a podium finish at Milwaukee IndyFest after his mad dash of seventh to third in the final four laps of the 90-lap race last weekend. The Tennessee native currently fourth place in the series championship standings.

"I'm very excited for our weekend in Sonoma. I like that track a lot, and I am excited to end the season off on a high note. This season has been rough for the No. 28 Starstruck Andretti Autosport camp; it has been filled with bad luck and racing incidences. Hopefully Sonoma will be a good weekend for us."

The Pro Mazda freshman won the most recent permanent road course (Mid-Ohio, Race Two), and looks to maintain his top-five position in the championship points standings heading into the final doubleheader.

"Sonoma should be a good weekend for us. We won the last road course race at Mid-Ohio, so I feel like we are going there with a good car. We know what we need to do to be fast, and the entire Lander Property Management/DaVinci Foods crew and I will work hard all weekend to achieve that. It is my first time racing at Sonoma so I am looking forward to that. Lets finish off the year strong.