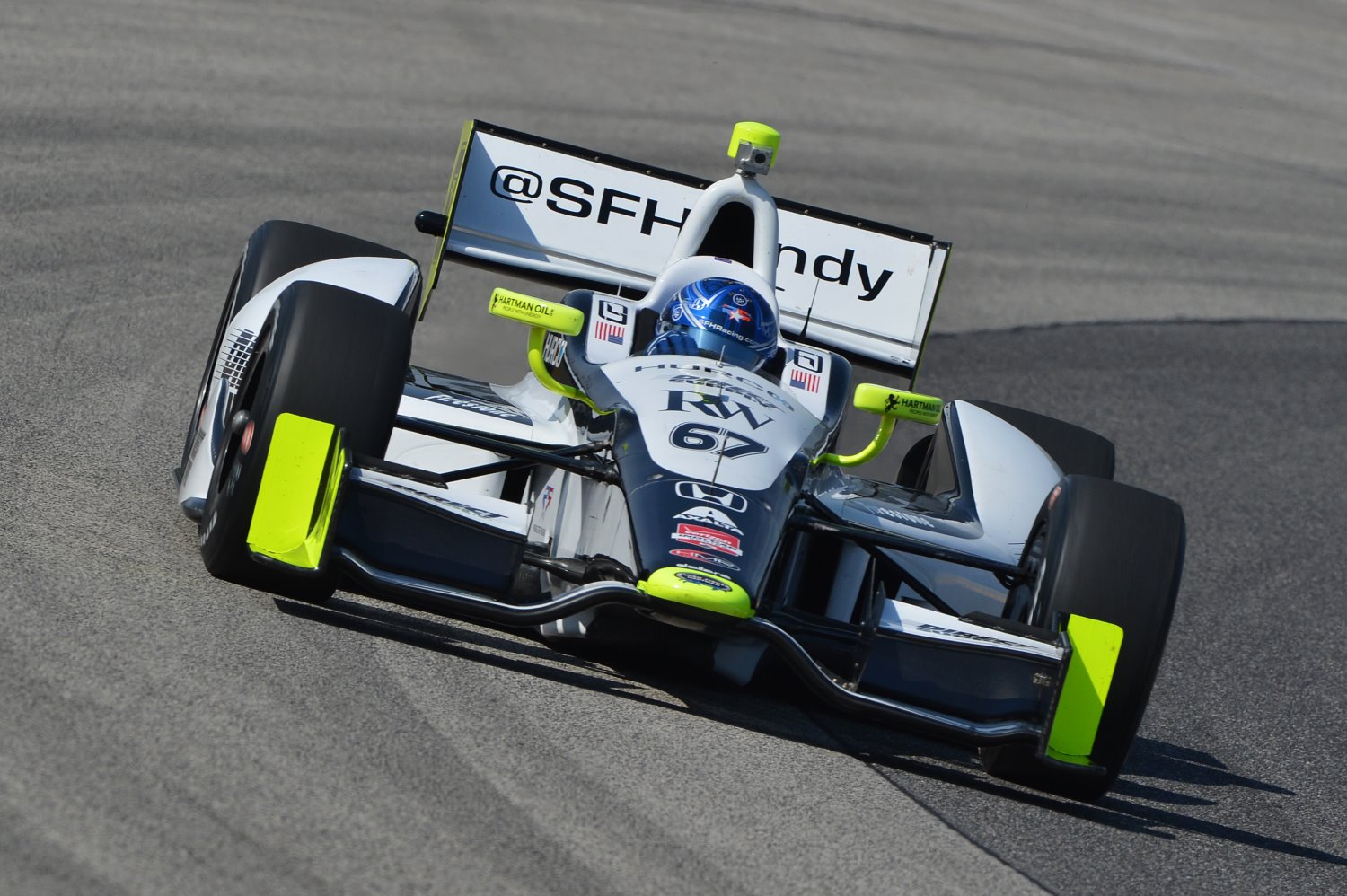 Just two weeks after seeing his Mid-Ohio race-winning charge come up short late in the race, Rising Star Racing’s Josef Newgarden staged an incredible late-race rally in Milwaukee to score fifth at the finish of the ABC Supply 250 presented by the Milwaukee Honda Dealers this weekend at the Milwaukee Speedway.

The Verizon IndyCar Series race result led the charge for the Honda-powered entries and marked another impressive oval performance from the young American driver.

After starting the race from fifth and committing to a fuel strategy that didn’t pay dividends as the race developed a long green flag run, the Sarah Fisher Hartman Racing squad made a quick adaptation to call Newgarden into the pits with just over 15 laps remaining in the 250-lap race. The roll down pit lane was an agonizing one for Newgarden, who had given up third place and a lot of track position to top off for fuel to the finish.

But all was not lost as he returned to the storied oval with a fresh set of Firestones and no shortage of ambition, passing the race leader on his way to un-lap himself and move up from 12th to take fifth at the checkered flag. The result wasn’t fully reflective of Newgarden’s pace on the day, but it was a stirring end to a strong performance.

"It's really hard to pass around here; it's just a very difficult track to make something happen," said Newgarden. "I was trying so hard to save fuel, leaning out as much as I could. I was lifting and even then it was hard for Kanaan to get around me, and he was one of the strongest guys today. It's just a tough place. It's very dependent on aero [downforce], so when you get behind someone with the same mechanical grip, it's kind of what you got. I thought we had a really good car today. We took a gamble and it didn't work, but I'm happy we got fifth, because I think we deserved that."

Newgarden has continued to assert himself in IndyCar oval action this season, qualifying on the front row at the Texas Motor Speedway, finishing second at Iowa, and then taking another oval top ten in Milwaukee.

But as the Verizon IndyCar Series prepares for two final race weekends, it is back to road course racing for Newgarden this weekend as the series heads West for the GoPro Grand Prix of Sonoma. The race will be broadcast live on NBCSN starting at 4:00 PM ET.