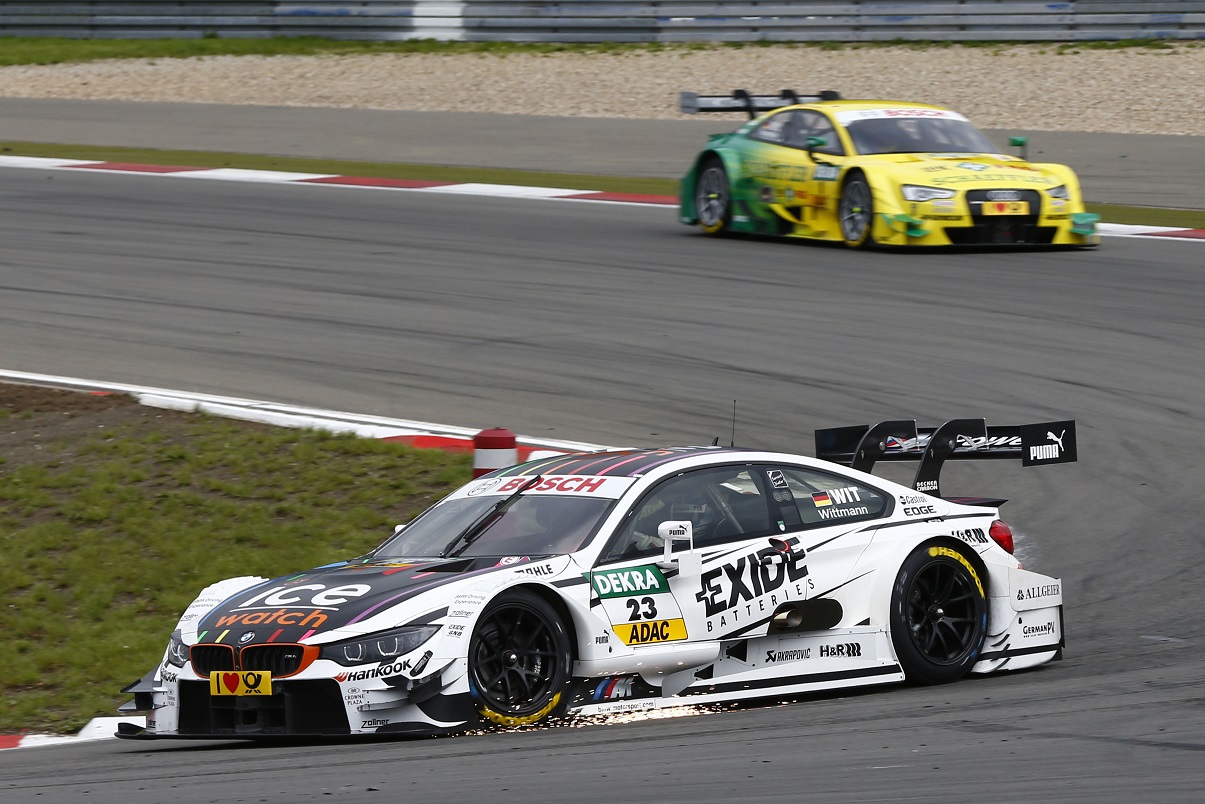 Marco Wittmann has his maiden DTM title within reach. Thanks to a faultless performance in the seventh round of the season at the NÃ¼rburgring, the German BMW M4 DTM driver extended his lead in the drivers' standings even further. Mattias EkstrÃ¶m, the 24-year-old's fiercest rival, retired from the race following a collision in the opening stages. "This is a great success for us. Slowly, we can really start talking about the title. Towards the end of the race, it still was a little close, because Mike Rockenfeller was able to close up. I think that his tires were better than mine in the closing stages of the race. Now, we have to continue like this," Wittmann enthused after his lights-to-flag victory. In total, 80,000 fans visited the DTM event in the Eifel.

With his Audi RS 5 DTM, Mike Rockenfeller took the checkered flag in second place, 1.2 seconds down. At the start, the 30-year-old pipped his fellow Audi driver Edoardo Mortara and didn't give up his position throughout the 49 lap race. "In the last few laps, I was able to close up to Marco Wittmann a little but further, but unfortunately, it wasn't enough to mount an attack. I tried all the time to close up with fast lap times, but he simply was faster. However, second place is also a great result for the Phoenix team in its home race," the Audi driver commented. Mortara completed the podium in third place.

Classified fourth, Paul Di Resta only just missed out on a podium finish. The Brit, who started from eighth on the grid, gradually worked his way up through the ranks. "My verdict is very positive. We were able to challenge for a podium finish by our own means. My thanks go out to the entire crew for having done a perfect job. I am very confident for the races to come," the 28-year-old said. Four other drivers of a DTM Mercedes AMG C-Coupe completed the strong showing by Mercedes-Benz at the Nurburgring.

Mattias Ekstrom will be facing a tough job when he still wants to challenge Marco Wittmann in the battle for the title. The Swede, second in the drivers' standings, is 64 points down with three races to go. For the Audi driver, all his hopes of a good result were blown in the opening stages of the race. "In the third corner, I tangled with an opponent. Because of that, something broke on the right of my car and I had to retire," the 36-year-old explained. Tied on points with the two-times' champion, Edoardo Mortara also still has a chance to win the title.