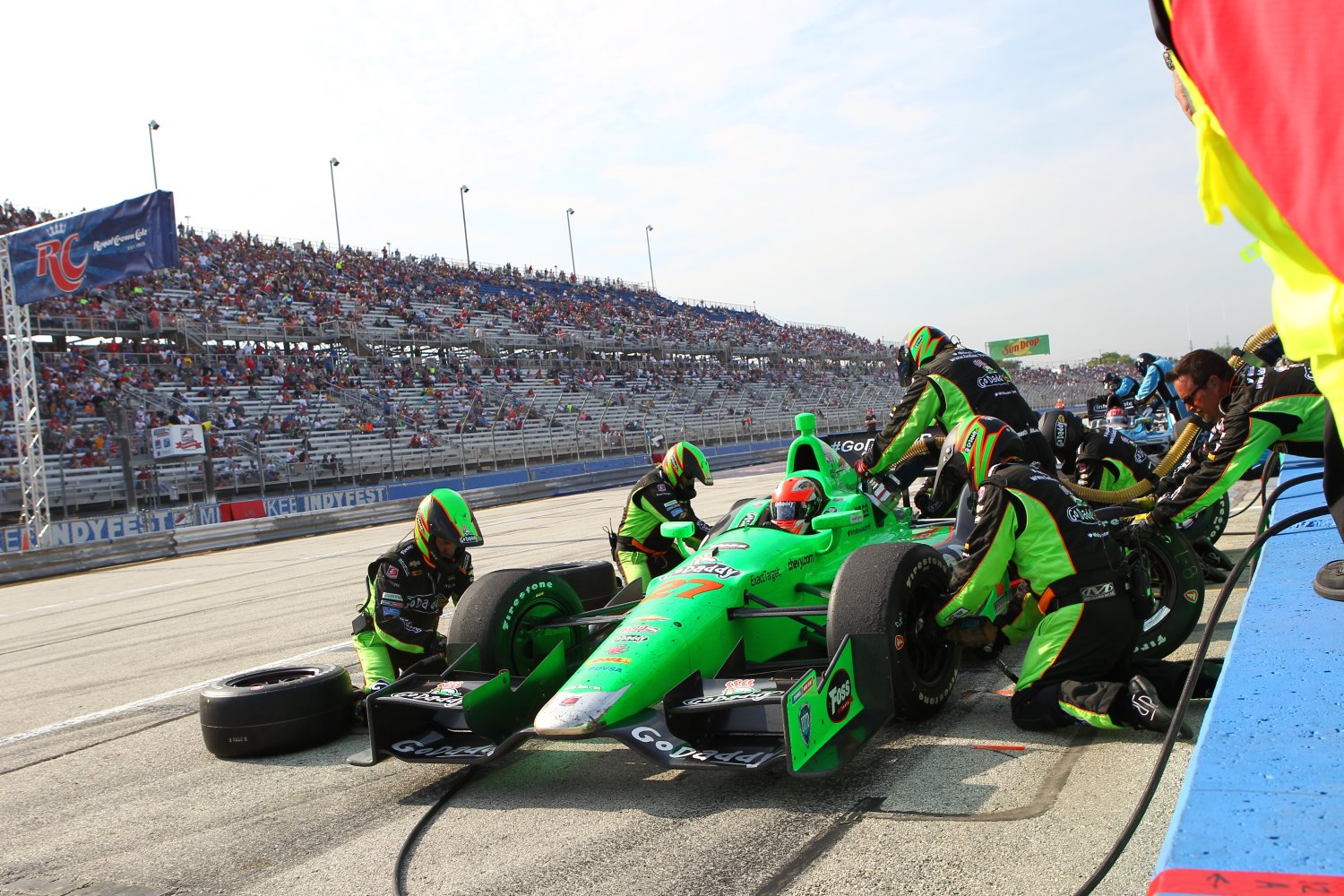 The question about IndyFest 2015 at State Fair Park is where, not whether, it will land on the calendar. There's not even much doubt about that.

"Because of the shift in Labor Day, the fair moves back a week," said Kevin Healy, managing director for Andretti Sports Marketing.

"We're still working with IndyCar on the date, but it will be in the final three again next year."

IndyFest — highlighted by the ABC Supply Wisconsin 250 — moved this year from mid-June to this weekend, one week after the conclusion of the Wisconsin State Fair on the grounds. Next year, State Fair is scheduled for Aug. 6-16.

The end of the Verizon IndyCar Series schedule is tied to Labor Day, and State Fair's dates run parallel to the holiday. The Aug. 22-23 weekend for Milwaukee still would allow for two races following IndyFest with a Labor Day weekend conclusion.

The home stretch in the championship is the short oval at Milwaukee, a road course in Sonoma, Calif., and the superspeedway in Fontana, Calif. The position is a boon for Milwaukee, Healy said Saturday.

"Milwaukee now is part of the championship equation in ways it hadn't been in the past," he said. "Now it is incredibly important to win this race, to not make a mistake, so more and more attention is on this….The Verizon IndyCar Series advertising is increasing the exposure of this event more so than in the past."

Andretti Sports Marketing also stepped up race promotion during State Fair. How much of that exposure will translate to sales is unclear, Healy said. The size of the crowd for Sunday's 2:45 p.m. start will be largely dependent on ticket sales at the gate.

For decades Milwaukee landed in June, immediately after the Indianapolis 500, but a split in the series and turnover among promoters led to that valuable schedule position moving elsewhere. The Mile didn't have a race at all in 2010.

Rebuilding Indy-style racing at the Milwaukee Mile has been a year-to-year project taken on by Andretti Sports Marketing in 2012. This is the first time the organization has publicly confirmed before race day that the following season's event was set.

That's a credit to Beloit-based ABC Supply Co., which has become the race's title sponsor.

"I think (ABC owner) Diane Hendricks looks at it as this is good for Milwaukee," Healy said. "And the asset of the Milwaukee Mile is so important that she views it as civic responsibility that the oldest racetrack in the world continues to operate. This is the 111th year, and we'll certainly be back for 112." JSOnline