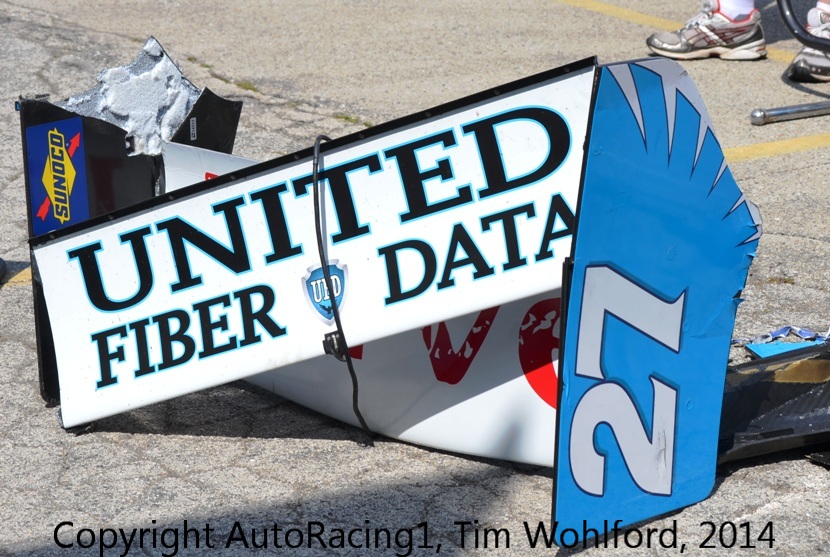 Added photo of Hinchcliffe's crash debris. After setting fast time in P2 he lost control and hit the wall.

Despite an accident late in the session, James Hinchcliffe led Verizon IndyCar Series practice 2 for the ABC Supply Wisconsin 250. The driver of the #27 United Fiber & Data Honda turned a lap of 165.677 miles per hour, 0.09 seconds faster than second-place Ed Carpenter.

Two-time Milwaukee winner Tony Kanaan was third, with rookie Mikhail Aleshin and Josef Newgarden rounding out the top-5. The entire field was within one second of Hinchcliffe with 22nd and last-place qualifier Carlos Huertas 0.88 seconds slower than the Canadian.