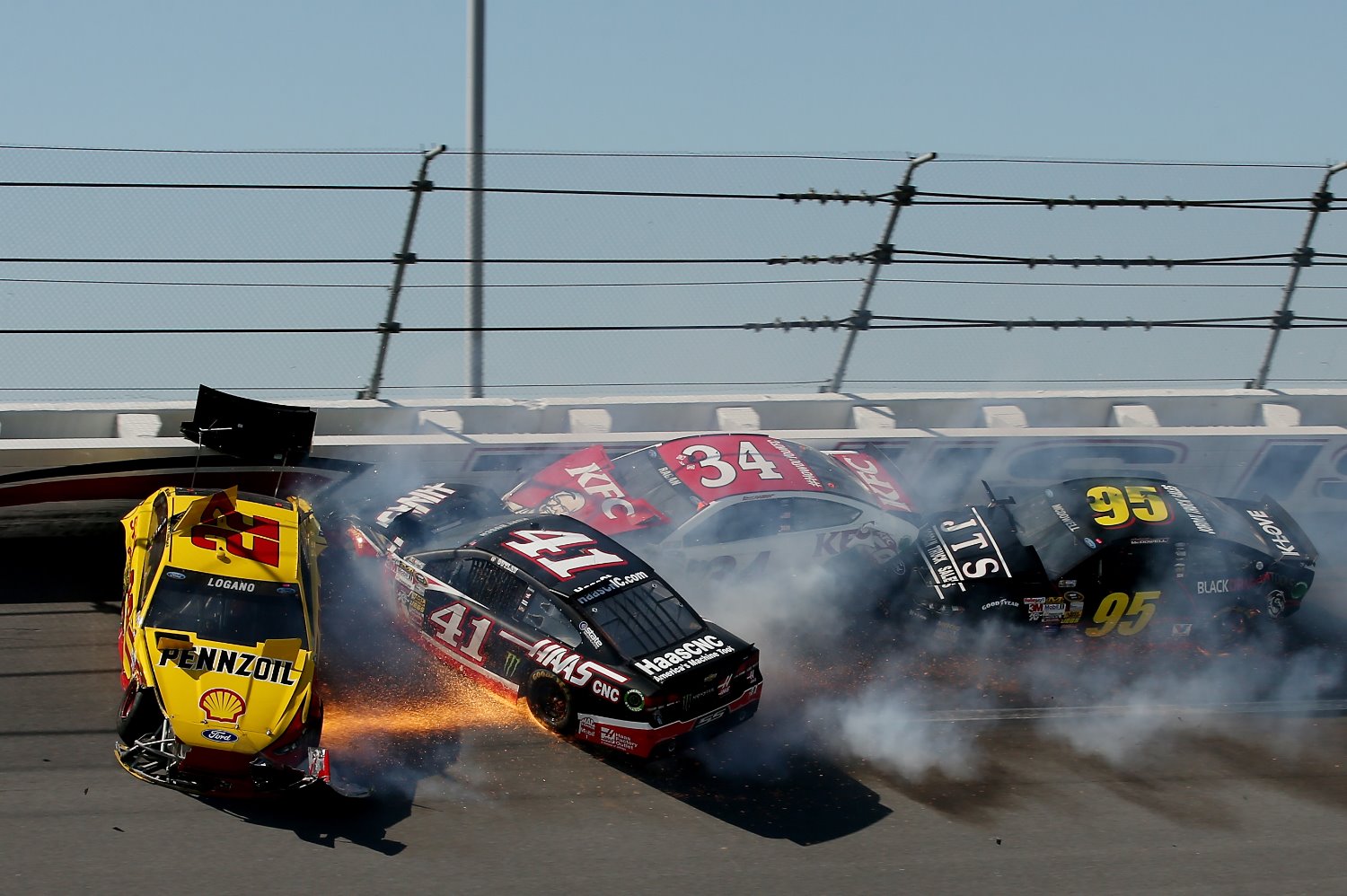 The June winner was only able to post the 39th-fastest time of the session, 1.613 seconds slower than Joey Logano's fast time, making only seven laps.

The No. 48 team was not the only car to experience the issue, as a number of teams also battled vibrations throughout the session.

Johnson's Hendrick Motorsports teammate Jeff Gordon said he experienced "similar things" during practice and is not sure what is causing the issue.

"I did talk to Jimmie, and his seem to be a bit more extreme," Gordon said. "I don't know if this set of tires is inconsistent; I don't know what's going on. He went and talked to Goodyear and I wanted to know what he heard from them. I'd like to talk to them as well.

Gordon said the team was able to work around the issue as practice went on and was able to post the ninth-fastest time of the session.

For Johnson, however, the team still was working out the problem prior to Friday's knockout qualifying session.

Most teams in the garage said they had at least one set of tires in which they experienced a vibration in practice. Among those that had issues were Johnson, Gordon, Kevin Harvick, Paul Menard, Austin Dillon and Ryan Newman.

Menard's crew chief Slugger Labbe believes the issue has to do with the tire's inner liner, however he does not believe the tires will blow; they'll just be bad for the driver inside the car.

Overall, the consensus in the Sprint Cup garage is the high speed and smooth racing surface allow the driver to feel even the slightest vibration.

"It's always a concern," Richard Childress Racing's Newman said, "but it's more of a concern when going 200 mph."