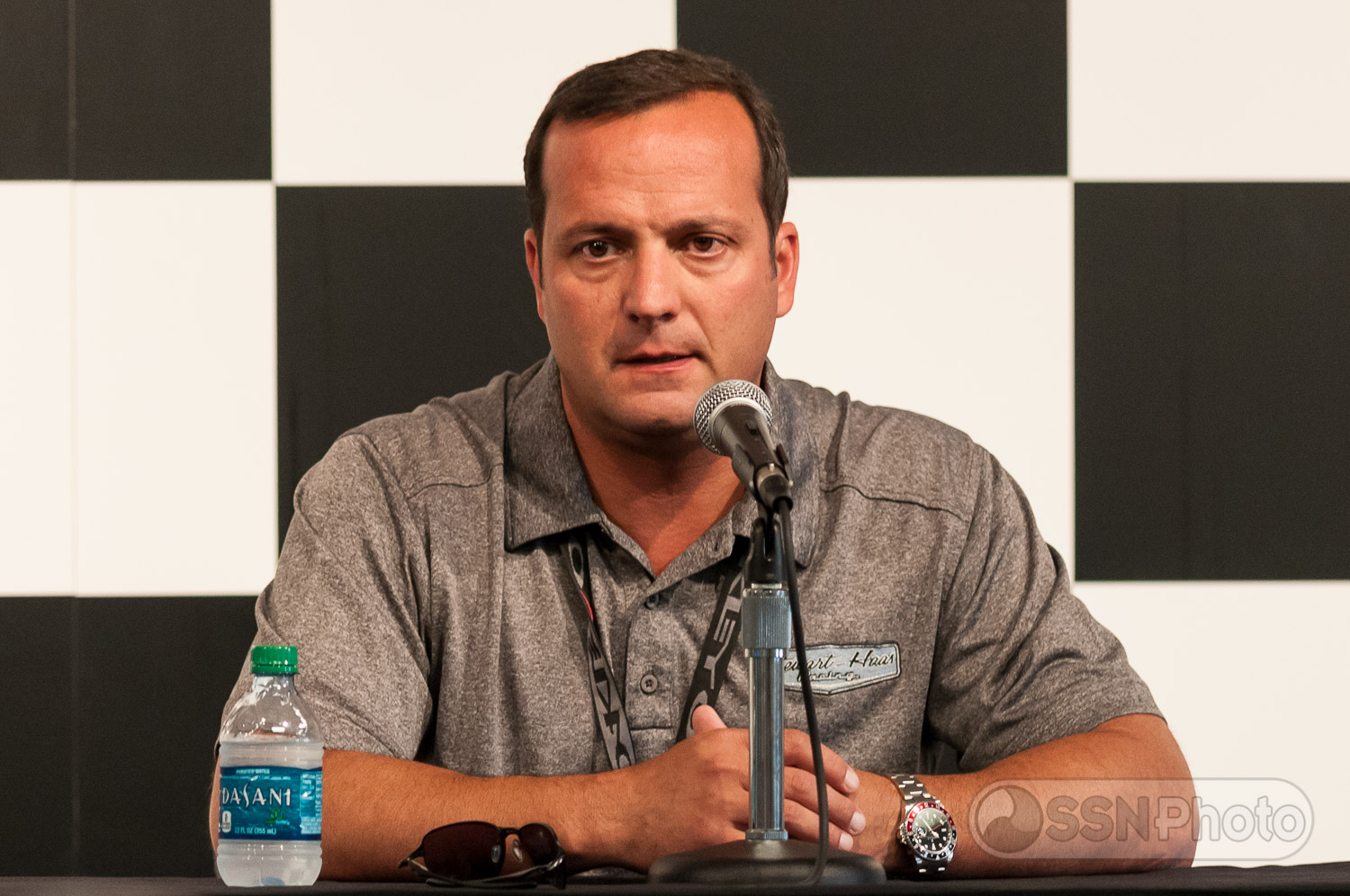 The three-time champion was involved late Saturday night in an incident in a nearby sprint car race that left another driver, Kevin Ward Jr., with fatal injuries.