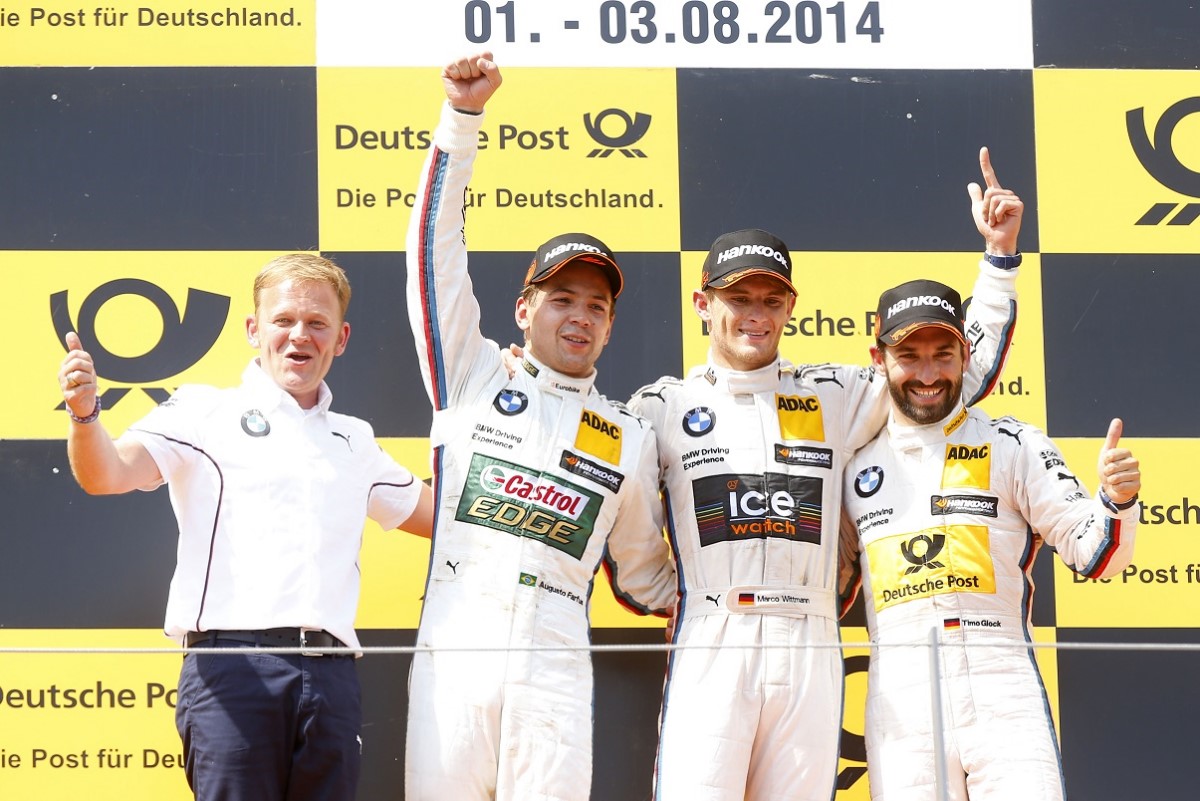 BMW driver Marco Wittmann emerged as the winner from an action-packed DTM race at Red Bull Ring. With his BMW M4 DTM, the 24-year-old won the sixth season round from his fellow BMW driver Augusto Farfus and Timo Glock. Martin Tomczyk completed the success for BMW by finishing fourth. "I had a very bad start, which made the early stage of the race not particularly easy for me. I had to stay cool and I saved my tires. There was plenty of action in front of me, but I didn’t see too much of it. Today, I was just really lucky," a satisfied Wittmann said. In total, 47,500 fans attended the race weekend in Austria.

Timo Scheider was the best-placed driver with an Audi RS 5 DTM, finishing fifth behind the BMW quartet. "I got the best possible result out of this race. I started from 14th place and I can be really lucky with fifth position. Hopefully, this marks the turnaround in a season that has been very disappointing for me so far," the Austrian-based driver said. His fellow Audi drivers Adrien Tambay, Mattias Ekstrom and Jamie Green were classified sixth, seventh and eighth respectively. For Green, the sixth round of the year was an emotional roller-coaster. After the Brit had taken the lead, he was given a drive-through penalty. The timing of the pit stop with tire change for the 32-year old wasn’t in accordance with the regulations.

Mercedes-Benz driver Robert Wickens also had to take in a heavy setback. Throughout the first half of the race, the pole sitter was involved in an entertaining battle for first place with Augusto Farfus, until race control showed the Canadian the black flag. The reason: the Canadian had ignored a drive-through penalty that he had been given after race control found that he had impeded the upcoming Timo Glock when leaving his pit stall. Eventually, Christian Vietoris was the best-placed driver of a DTM Mercedes AMG C-Coupe in ninth place. "I had a good start into the weekend. We cannot be satisfied with being the best-placed Mercedes-Benz driver in ninth place," Vietoris said.

Thanks to his third victory of the season, Marco Wittmann extends his points' tally to 95. Swedish driver Mattias Ekstrom remains Wittmann's closest rival in the drivers’ standings, but for EkstrÃ¶m, the battle for his third DTM title will not be easy. After six of ten rounds, the Audi driver is 39 points down on his rival from BMW.