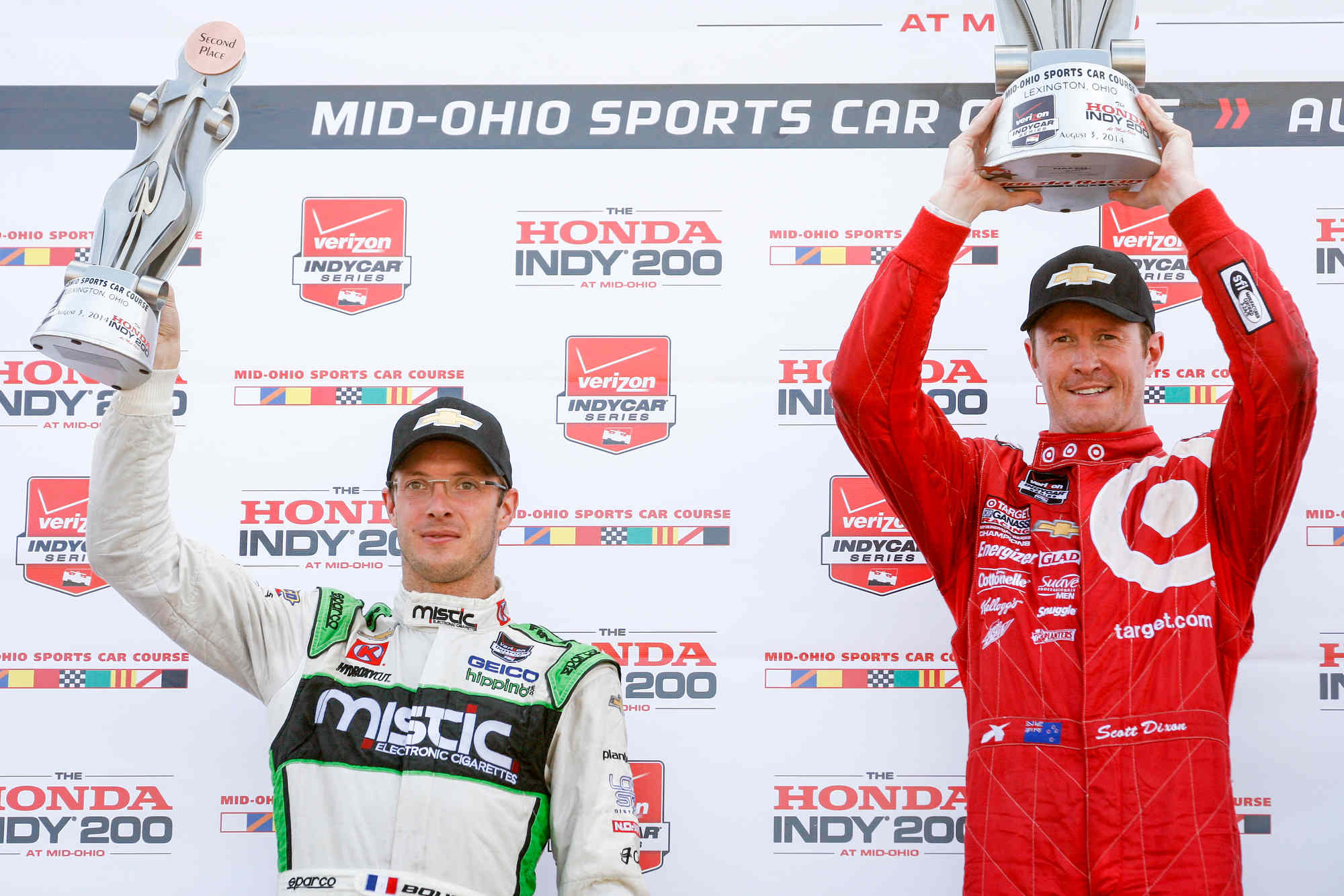 UPDATE #2 A reader writes, Dear AutoRacing1.com, It has been displayed for years now that IndyCar, and open wheel racing know nothing about roots, much less grassroots.

They are simply a business for rich kids to spend daddy’s money. Pretty much a joke of a sport.

Why do you think the media doesn't pay attention? For the same reason that polo isn't a huge media attraction. It is an absolutely amazing spectacle to see a polo match in person, but America doesn't care about the hobbies of the rich. They want to go watch something they could conceivably do themselves. You need compelling stories of everyday people, on a local and regional level.

Until IndyCar recognizes that an investment in the marketplace is required, they will never get any more attention than they are seeing now. Sure, maybe an occasional bump in ratings here and there, but nothing of significant value.

It's more comparable to a tree than grass though. IndyCar (and Champ Car and CART before them) see the leaves withering on the tree and they water the leaves. Sure, they start to turn green for a day or two, but the tree is still dying at the roots. THERE ARE NO ROOTS for IndyCar.

They need to plant sustainable teams and programs. They need to invest in the media and create compelling attraction and stories all the way down the ladder. Local karting and Road to Indy needs to have local media latching on to local drivers. They need to be local personalities like the Unsers were for New Mexico, and the Rahals were in Ohio, and the Andrettis were for Pennsylvania.

Even not that long ago, Buddy Lazier and Buzz Calkins from Colorado were known in their area.

When I was a kid at Indy every year, even though they weren't superstars, everyone knew who Rich Vogler was, and the Bettenhausens. Brayton, Cogan, so many names. Why? Because they were local heroes.

AR1 and a large chunk of AR1 readers have been clamoring for years that a collegiate racing series needs to happen. College culture is a root of just about every community in America. It is a fixture. Local news will ALWAYS cover the local school's achievements.

Yet, not a single team or owner, or IndyCar have stepped up to make it happen. It wouldn't take much.

They have the attitude that if you want to lay out a buffet, sure they are happy to eat it, but they won't be bringing a dish, or even a beverage.

So all the whining about IndyCar attendance and ratings doesn't surprise me one bit really.

Bring your check to IndyCar, because they are happy to take it. But don't expect them to lift a finger to actually build the sport. It's amazing how people stand around and scratch their heads on why IndyCar isn't realizing its potential.

And yet, IndyCar is full of businessmen that are very successful everywhere else. But when it comes to IndyCar, it seems there is a case of amnesia. They forget what it takes to build a brand, compel people to watch and attend, and earn their loyalty. Scott Moran, St. Louis

Dear AR1, I saw your guys' news item about the lack of grassroots media coverage for IndyCar. While newspapers are dying the local paper (either print or digital) does remain an authority in American media. And because IndyCar has no visibility in local media, the sport does resonate on a level beyond the diehard fan base.

Also, you can't blame local media for this. While the releases from the AP are free and just a cut and paste job, space is limited in the ever-shrinking print business. And let's face it: Carlos Huertas, Simon Pagenaud, or Mike Conway winning is not a headline article.

Let me state clearly: I am not attacking the drivers. They are hired guns, dropped into the car and told to go race. However, the drivers are the primary marketing vehicle and primary attraction to ticket-buyers. For the sport to thrive they need to become known quantities. Until then, the sport is going to simply putter along.

We're not blaming the local media. Overall, we couldn't agree more with you. While some IndyCar metrics have improved in 2014 greater strategic thinking and initiative is necessary to grow the sport beyond a niche following.

08/04/14 A quick survey of many Monday morning local sports pages around the country show reports and results on Sunday's NASCAR race at Pocono, but a large majority make zero mention of the IndyCar race at Mid-Ohio. The conclusions are:

Until IndyCar fixes its grassroots local media problem, the sport will not grow.