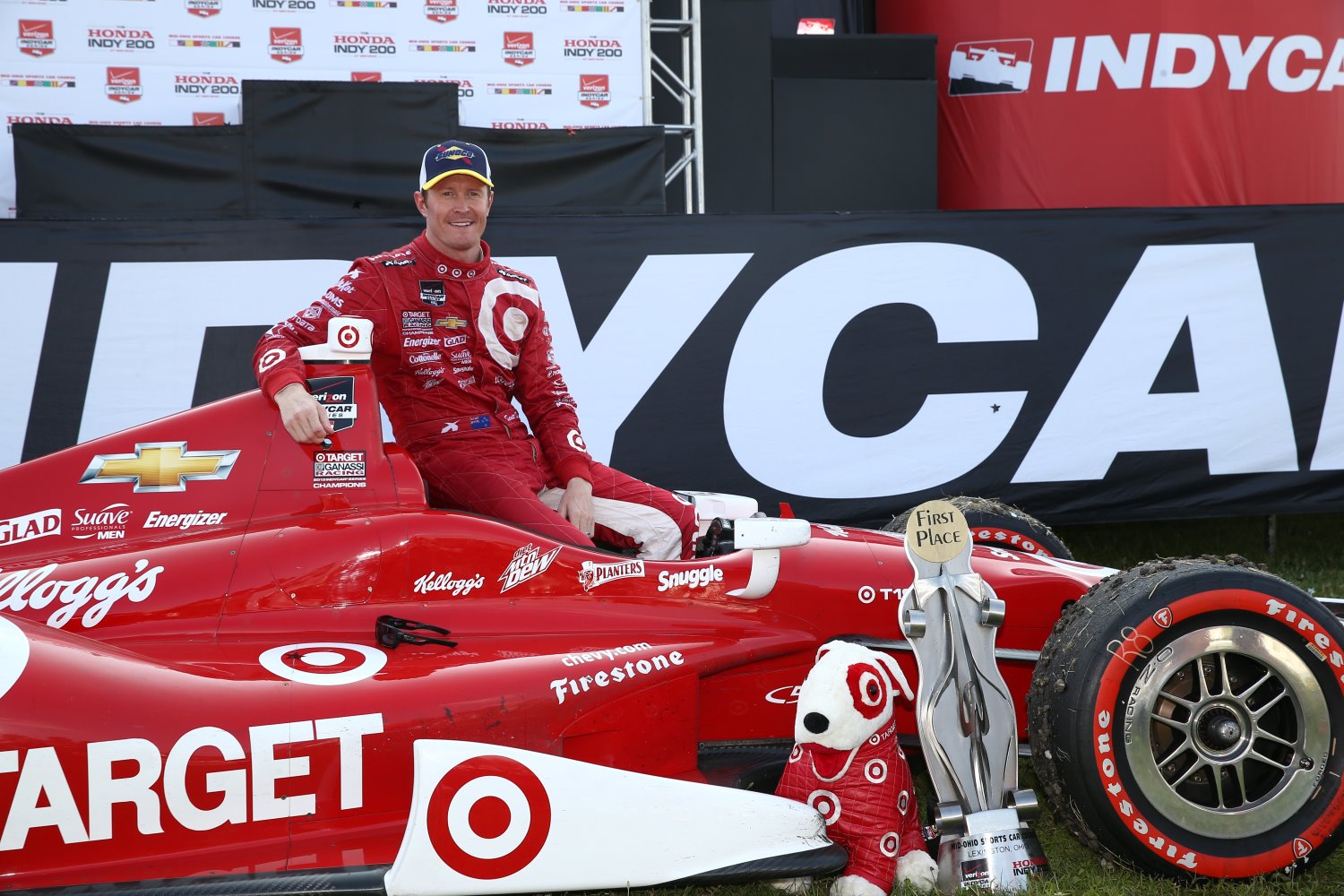 Unfulfilled expectations had marked the Verizon IndyCar Series season of Scott Dixon until he returned to Mid-Ohio Sports Car Course, which just seems to suit the three-time series champion.

Even starting 22nd because of a penalty levied for creating a red flag during qualifications on the rain-soaked road course Aug. 3 didn't dampen his outlook for the 90-lap Honda Indy 200 at Mid-Ohio. And after a 5.3864-second victory over Sebastien Bourdais on the 2.258-mile, 13-turn circuit, Dixon's entire season perspective was turned around. It was his fifth victory at Mid-Ohio in the past eight years and the sixth in a row for a Chip Ganassi Racing car.

"It's a good feeling. Winning is a good feeling. I think having the year that we've had, you understand why the feeling is so good," said Dixon, speaking of the No. 9 Target Chip Ganassi Racing program and collectively for the four-car group. "Sometimes you can understand if one of us hasn't won at this point, but all four of us?"

Dixon's last victory was on Oct. 5, 2013, at Houston. He had recorded seven top-five finishes, leading five of the 14 races for 44 laps, but that breakthrough win to extend his streak to 10 consecutive seasons was elusive.

So was the first win of the season for Chip Ganassi Racing, which became the seventh team to enter Victory Circle. Dixon is the 10th different winner.

"I think you never want to get complacent in this series," he added. "It's extremely competitive. Everybody in the Verizon IndyCar Series does a fantastic job. That's why it's so tough to win. For me to get back on the top spot, it means a lot. I knew we had a good car. But at a road course like this, a very tight one, to be able to pass 21 other cars, unless you have strategy go in your favor, it's pretty much impossible.

"It's kind of like when you win Indy for the first time. It's a small bit of that with relief and knowing that we didn't go a year without winning a race and that we can definitely try and close out this championship as strong as possible."

Dixon remains sixth in the championship standings with three races left – mathematically eligible to contend for his fourth series title since 2002, though improbable. But few thought it was possible for him to vault from the 22nd starting spot to win at Mid-Ohio for the fifth time.

"You still set your sights on winning, that's for sure," said Dixon, who is second only to Max Papis' win at Laguna Seca in 2001 from the 25th starting position on the all-time road/street course list. "You know it's going to take a lot. But I think especially with pits closed and cautions it's not that much of a fantasy anymore. I think even if you look at a lot of the street courses this year, the people that ended up winning them, you would have thought no way in hell they would have won it.

"It definitely brings a different dynamic. Last year's championship was all pits open cautions, which made the race fairly straightforward. If you weren't at the front of the field, you were going to really struggle. Mid-Ohio, these road courses, you don't expect cautions. That's the tough part. We knew that we needed one, and we probably needed one in the right place to make a big jump that we needed."

The victory was the 34th of Dixon's career, tying two-time CART champion and two-time Indianapolis 500 winner Al Unser Jr. for sixth on the all-time list. Next is Bobby Unser with 35 victories in 258 starts between 1955 and '81.

Dixon also tied teammate Tony Kanaan for ninth on the career top-five finishes list with 116. The No. 9 Target Chip Ganassi Racing car rolled past the finish line after 90 laps (203.22 miles) with a total of 2,594 miles on its Chevrolet engine, surpassing its service life by 94 miles.