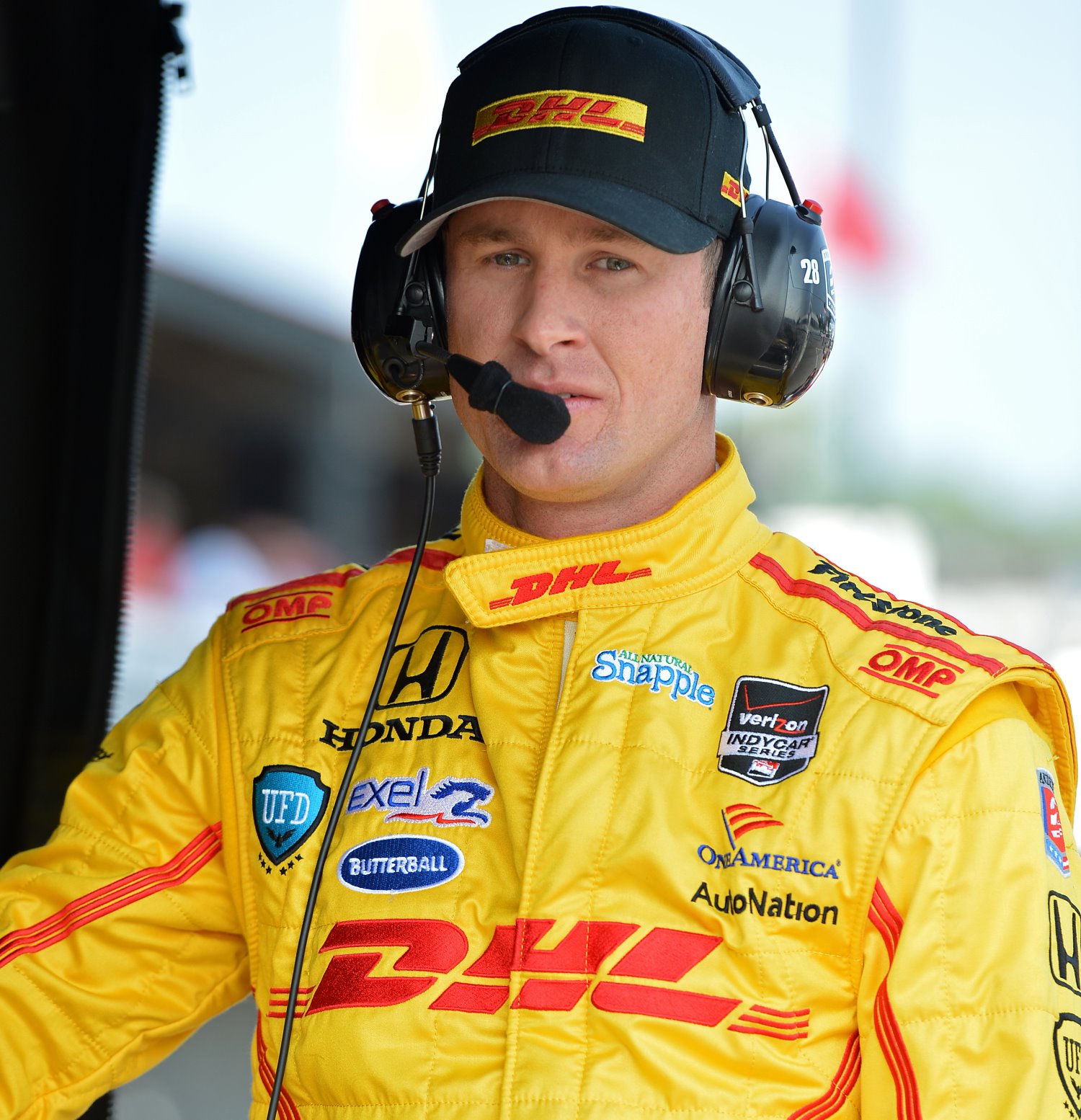 A group of diehard Hunter-Reay fans that call themselves Team Stache got the idea of donating $1,000 to his pet cause of cancer awareness and research. The catch was Hunter-Reay had to grow a moustache.

"Well, I'd have to work a season to do that," the clean-shaven Hunter-Reay said.

His buddy and Andretti Autosport teammate James Hinchcliffe decided to take one for the team.

"This is for my homeboy Ryan Hunter-Reay who is definitely not as awesome at growing a moustache," Hinchcliffe joked.

He is growing it as a goatee with a soul patch to make it look like an eight to go with Hunter-Reay's No. 28. But Hinchcliffe didn't donate any money.

"I donated my face, my ego and embarrassment is what I donated," Hinchcliffe said.

On another topic, Neither Hunter-Reay nor Hinchcliffe are fans of double points being awarded at the superspeedways this year.

"They're all on the same type of racetracks. I think that unfairly sways who has the best chance of getting those points," Hinchcliffe said.

Added Hunter-Reay: "IndyCar has always been one of the true drivers' championships because it covers all disciplines of racing other than let's say dirt. You tip that to one side or the other when you start rewarding double points on certain types of racetracks. It gives emphasis on that type of racing. Leave the schedule as it is, let's add some races, but do away with the double points." Rob McCurdy/Gannett.com