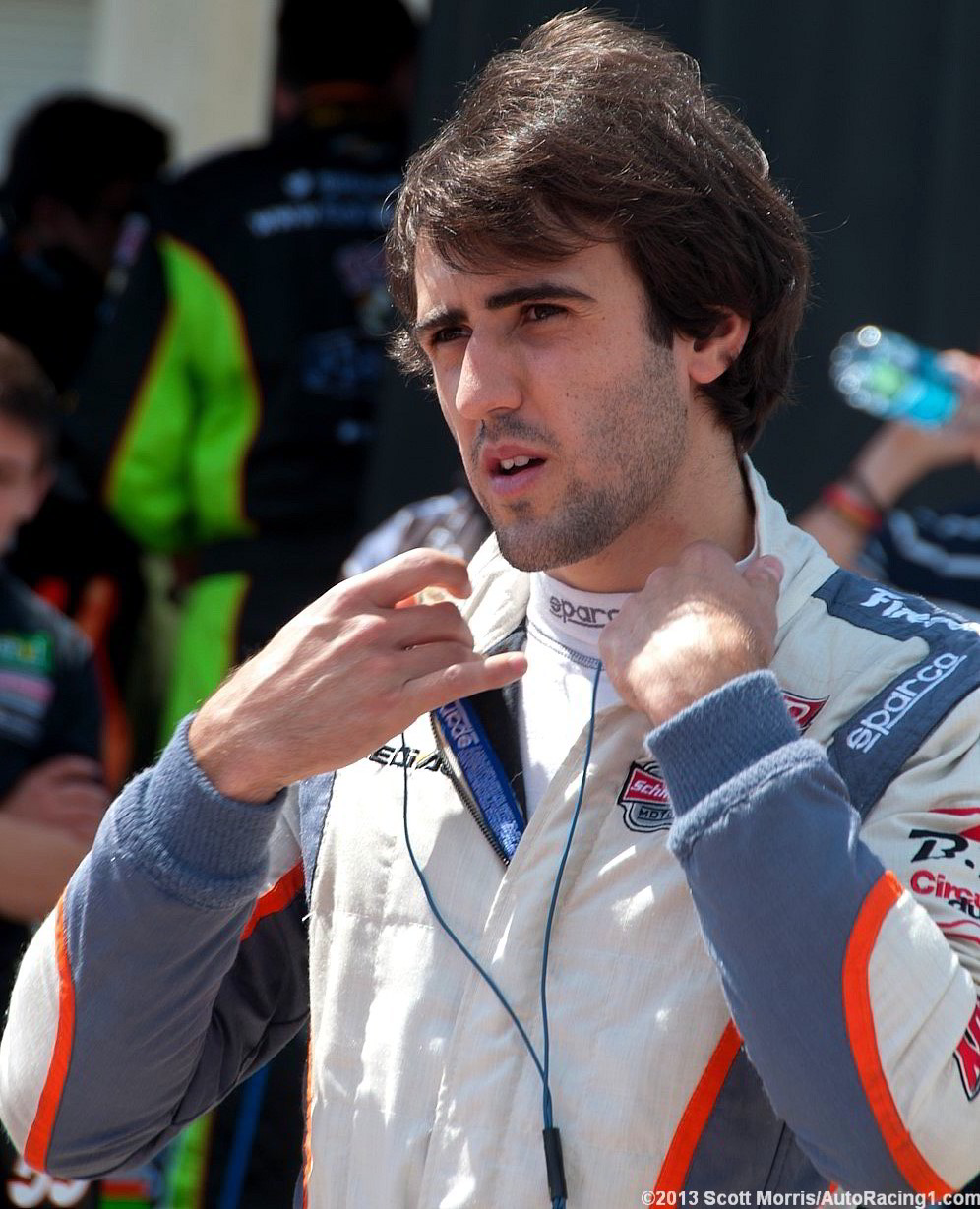 Daly shook the car down last Thursday, and 2013 IndyCar Sunoco Rookie of the Year Vautier, who has been working as a driver-coach for the Mazda Road to Indy during 2014 will be behind the wheel tomorrow.

The shock, however, came in when KV AFS Racing teammate Sebastian Saavedra was second-fastest, causing many to scratch their heads. Maybe he was smiling today" commented one crew member, echoing the idea the speed secrets are all in Saavedra's head. Yesterdays' 1 lap qualifying runs in the rain weren't Saavedra’s "cup of tea", and today's long run was more to his liking. All parties insist that the car was the same today as it was yesterday.

Jimmy Vasser, however, did admit to using the competition red tires when most of the teams were using their black tires, and probably the entire exercise didn't mean that much. Except of course to the collective facial muscles of the team, which no doubt are hurting now due to the big smiles.

-Today's weather for the IndyCar race — and the rest of the action — is clear, seasonably cool and dry. There is less than a 30% chance of rain in this afternoon's forecast, and aside from the usual Midwestern haze, a beautiful day.

Of course, the other issue is that there are some very fast cars in the back of the field. Scott Dixon, Takuma Sato and Juan Pablo Montoya all spun, putting them much farther back than we'd normally expect — Sato and Dixon comprise the back row, and JPM starts 11th.

– The woes at Chip Ganassi Racing continue. Three of the last four cars on the grid are Ganassi vehicles, with Tony Kanaan being the outlier starting third.

– Conor Daly's name is very much being used in the paddock. Not only does he figure into the Silly Season, but he's also thought to be the luckiest guy in IndyCar since he gets to drive the new Indy Lights car in tomorrow's test. "It's at least 100 years more advanced" he said, and figured that it is properly somewhere between a GP2 and GP3 car in terms of experience, speed and sophistication. Certainly the Indy Lights will be cheaper than GP2 — perhaps around $900k – $1 million per year to run. Given the interest of the paddock's owners, thoughts of the glory days of Formula Atlantics can't be discounted.

The real prototype is now on display in the paddock, along with the show car version. The noticeable differences are that the prototype has air cooling ducts in the top of the side pods. Oh, and it has an engine, a real steering wheel, and its carbon fiber glory hasn't suffered the indignity of a coat of paint yet. Aside from that, they are pretty much the same (grins).