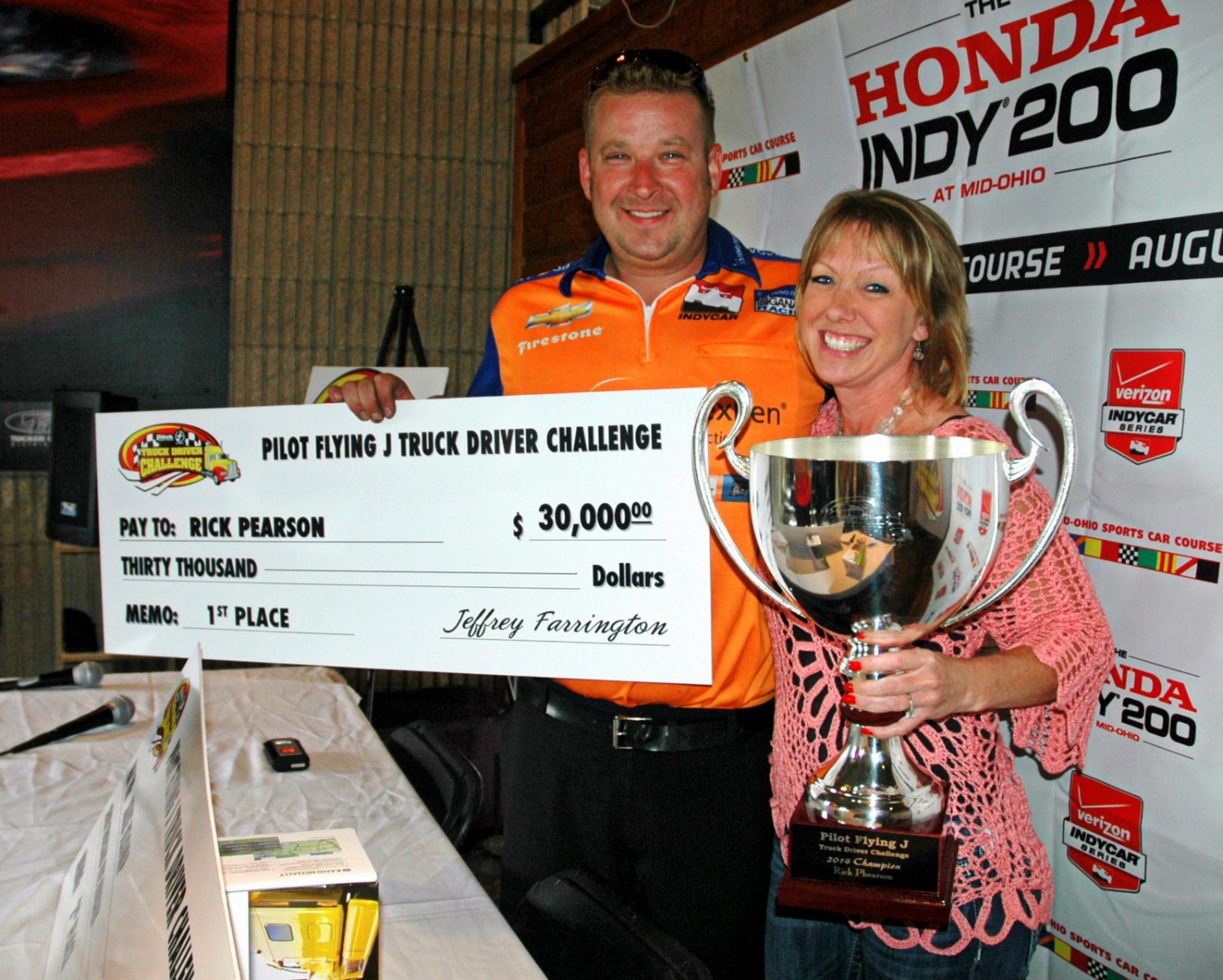 Upon being named the 2014 IndyCar Champion, an emotional Pearson exclaimed, "Thank you so much, Pilot Flying J, it’s such an honor to win this championship!" Pearson continued, "I've really enjoyed competing in the Pilot Flying J Truck Driver Challenge with my friends. This award from Pilot Flying J means so much to me and my family!"

Rick Pearson was joined by Chip Ganassi team manager, Scott Harner, who offered words of congratulations for this year’s most outstanding IndyCar transport drivers. "I'd like to thank Pilot Flying J for everything they’ve done, and for giving the transport drivers a competition," said Harner. “I’ve never driven a truck before myself, but these drivers deal with them all the time and they work very hard at it. Thank you guys, for everything!"

The transport drivers of the IndyCar Series will return in 2015 for their third season in the Pilot Flying J Truck Driver Challenge. Dates and locations for next season are pending the release of the 2015 Verizon IndyCar Series schedule later this year.