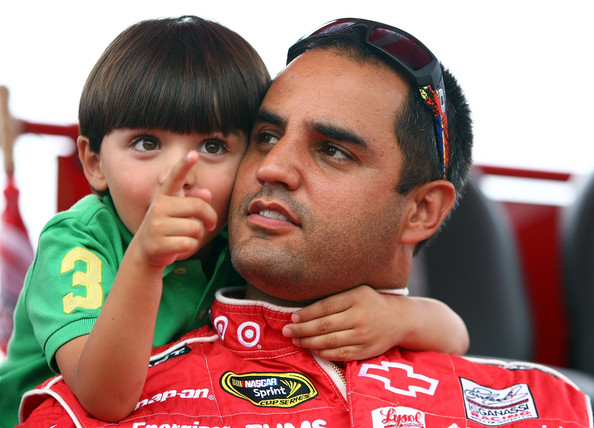 Juan Pablo Montoya – the 2000 Indianapolis 500 winner who returned to open-wheel racing after seven years in NASCAR – shares his insights on and off the track with USA TODAY Sports during the season. Montoya, 38, spoke with Jeff Olson before IndyCar's visit to Mid-Ohio Sports Car Course in Lexington, Ohio.

The first thing I asked my son Sebastian when he expressed an interest in karting was this: Do you really want to do it?

His answer was yes, so we pursued it. He hasn't regretted it, and neither have I.

I've never pressed him about racing. He had asked about it several times when he was younger, but I always put it off. I didn't want to push him. I wanted it to be his choice. I wanted him to really want to do it for himself, not because his dad is a racer. We started slowly a few years ago with some fun, casual karting, just making sure he wanted to do it.

Turns out he did. And turns out he's pretty good at it.

As you probably saw, Sebastian, now 9 years old, won a national karting event (July 20). I'm proud of him, of course, but I'm mostly proud that he did it because he enjoyed it and wanted to do it on his own.

When we set out on this journey, we decided it was his journey. It started as fun, but as it became more serious, I wanted to make sure it was something he really wanted. I wanted to be sure he wasn't feeling pressure to do it for me. He assured me that he enjoyed it for his own reasons.

As we started to get into the more competitive part of it, I could tell that he loved it. It became obvious that he was into it for his own reasons, and that was what I was most concerned about. It has to be something he enjoys for himself, not for me.

The great thing about karting is that it's highly educational. There are benefits for Sebastian that go beyond just competing. It's a sport, yes, but it's also teaching him social skills and sportsmanship. He's learning how to act and behave around other kids. When he was younger, he was shy around other kids. Now, he interacts. He says what's on his mind.

Sebastian has always been a little bit quiet, especially around other kids. But through karting, I've seen him grow and make friends. It's given him a great deal of confidence and focus. Nobody is expecting this to become a career for him — least of all me — but racing has its benefits. I can see that it's helped him in a number of ways.

It's also been a family activity for all of us. Connie and I are very focused on our kids — Sebastian, Paulina and Manuela — and going to the track is something we enjoy together. When Sebastian gets out of the kart, he plays with all of the other kids. The most important part about his racing was that it's about him and for him. I feel like it is, and that it's been extremely positive. USAToday.com