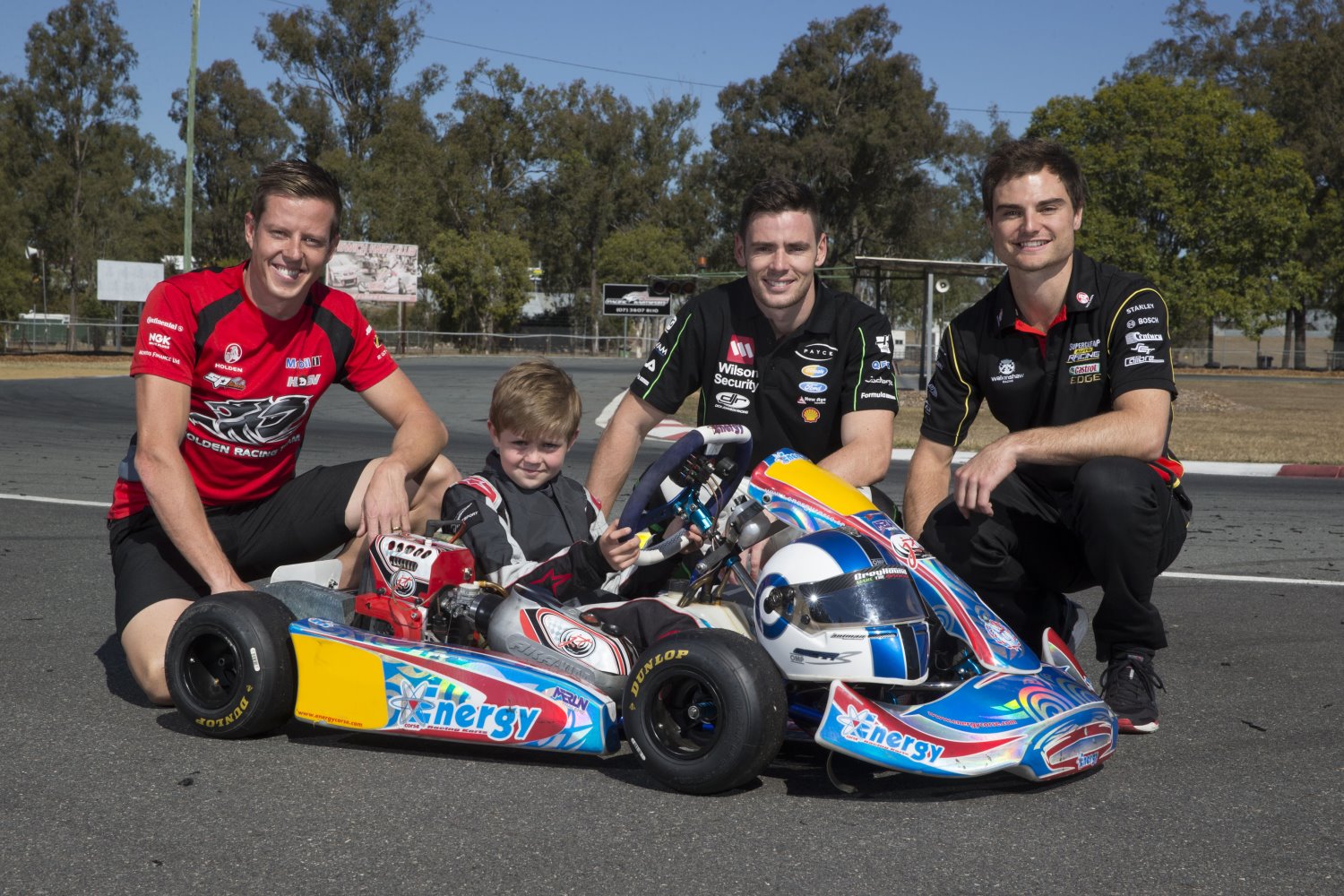 V8 Supercar drivers went back to their racing roots at the Ipswich Kart Club today to warm up for this weekend's Coates Hire Ipswich 400.

V8 Supercars pilots Lee Holdsworth and Scott Pye turned back the clock by jumping into a go-kart as part of V8 Supercars donating $5000 to the Ipswich Kart Club's Mayoral Karts Program.

The Mayoral Karts Program is an initiative between the Ipswich Kart Club and Ipswich City Council Mayor Paul Pissasle and is being developed to give school-aged children the chance to get behind the wheel of a kart and learn vital driving techniques and car control skills before they obtain their road license.

The purpose of the initiative is to give children aged between 7 and 16 the chance to learn safe driving practices at young age in a safe and controlled environment.

The Queensland-based drivers honed in on their karting skills going up against some of the clubs rising stars, while fellow V8 Supercars rivals Jamie Whincup, James Courtney and Tim Slade dealt some racing tips to the future champions of motorsport.

Erebus Motrosport V8's Lee Holdsworth said it was great to return back to his childhood karting track.

"It's awesome to come back to where it all began for me and it's great to see Australia's leading motorsport category supporting the grassroots of the sport. ," said Holdsworth.

"The Ipswich Kart Club was my home track, so it's been good fun to get back into a kart and go against the next generation of karters ahead of the Coates Hire Ipswich 400."

Former V8 Supercars Champion James Courtney said spending time with the up and coming karters was important as they prepare to climb the ranks of Australian motorsport.

"It's great to be able to support the next generation of motorsport and you never know these guys could be knocking on the door for my job soon!" Courtney said.

"It's important for us guys to come back to where it all started. I think every driver has some very fond memories of their karting days, so I think it's cool that we can come back and support the up-and-coming stars.

"They're the future of our sport and it's pretty likely we'll be swapping paint with them sooner rather than later."

Courtney and the rest the V8 Supercars Championship take to Queensland Raceway this weekend for the Coates Hire Ipswich 400, August 1 – 3. Kids 14 and under receive fee general admission with a paying adult.

The Coates Hire Ipswich 400 is supported by the Queensland Government through Tourism and Events Queensland as part of a growing calendar of sporting, cultural and regional events throughout the State.

Tickets from $27 via ticketek.com.au or for more information visit v8supercars.com.au. Children 14 and under receive free general admission with a paying adult. Be trackside for the Coates Hire Ipswich 400, August 1 – 3.