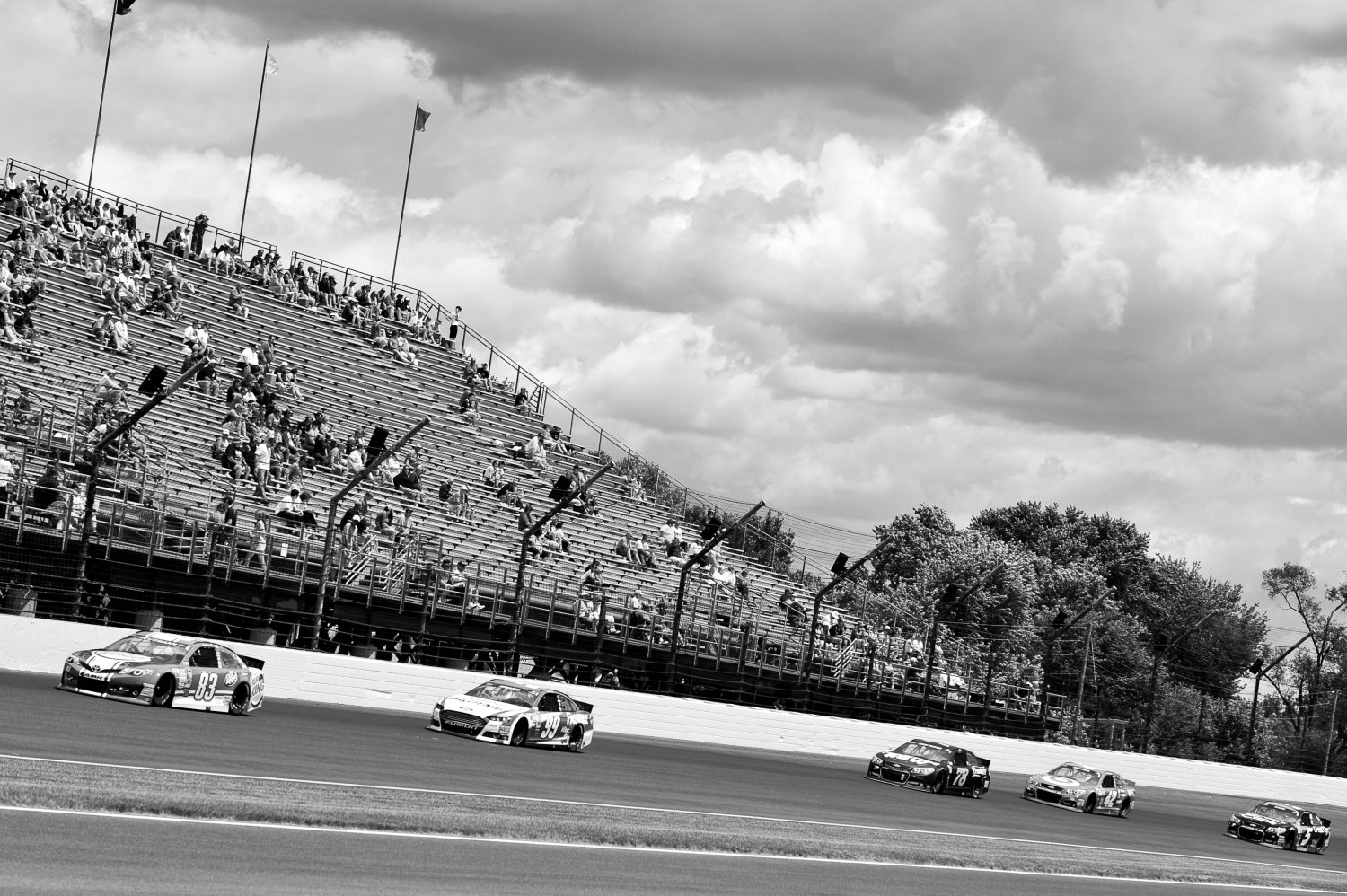 It was a royal wedding that thundered and resounded around the planet — "a really, really, really a big deal in the racing world, all over the world," Richard Petty remembered Friday.

It was the marriage of America's most popular motorsport, NASCAR, to the world's most hallowed track, Indianapolis Motor Speedway. During the two-year engagement, first with a private test and then a public one, anticipation had become an electric groundswell.

And finally, in 1994, the green flag dropped to the thunder of 300,000-plus fans who had packed every cranny of the massive grandstands, after buying all the seats within 24 hours after they went on sale. And it wouldn't have taken that long had the demand not overloaded Indianapolis Motor Speedway's computer system.

Now? Well. You know. A 20-year marriage just isn't the same as it was the day the bells rang. There is still, uh, mutual respect, and … uh … some mutual love.

But it all has faded.

For Sunday's 21st running of the Brickyard 400, they'll be lucky to draw a third of the crowd that they drew for the first.
"It's probably not quite as big a deal now," Petty understated, or overstated.

Tony George's original nightmare about staging this race at this place not only has long since come true, but it has been recurring: that eventually, people just wouldn't come back; that eventually, they would figure out that the cars and the track have always been more an arranged marriage than a romantic one.
In 1992, I'd run into the then-young, then-popular Indy heir and president at the Canadian Grand Prix, the summer of that first private NASCAR test at the Speedway.

His fear was that NASCAR fans would come the first time, just for the novelty, but then "they won't come back" when they discovered that, for one thing, they couldn't see all the way around the track from any seat in the house.

The first several years they did come back in droves, but then in this millennium, the novelty wore off. And then new tracks around the Midwest, particularly at Kansas City and Chicagoland, began to siphon off Indy attendance.

Then, six years ago, the bottom fell out. After the tire debacle of 2008, with caution flags forced every 12 laps or fewer, throughout the race, fans were so disgusted that attendance since has dropped below 100,000, with no recovery in sight.

The '08 mess, against the backdrop of the Great Recession, "was bad timing — no doubt about that," Jeff Gordon acknowledged Friday.
Fans nationwide were disgruntled with the Car of Tomorrow and with high ticket prices they could no longer afford as they were laid off from their blue-collar jobs in droves. "Maybe that was just a crucial time," Gordon said.

And he, more than any other driver, has reason to speak positively about this race as best he can. He made his name as a driver by winning the inaugural Brickyard of 1994, and now, all told, has won it a record four times.

"It's a [historic] track," Gordon said, "it's a beautiful facility, it's just an awesome place to come and be part of the event."

No you don't. Not anymore. You, the public, used to. But not many of you, relatively speaking, will show up here Sunday. Granted, 80,000 is a nice crowd for a NASCAR race nowadays, but at this place, it just looks sad. The marriage has grown dysfunctional. Since the irreconcilable differences emerged in '08 — Goodyear, NASCAR and Indy all somehow blamed one another for the debacle — they have … well … cohabitated on world motor racing's most hallowed ground.

When you think about it, the cars and the track never were compatible in the first place. Cup cars are just too big and clumsy for this unique, low-banked rectangle built in 1909. I've always said they look like a herd of buffalo stampeding down the waxed hallways of a palace, slipping and sliding every which way.

But once upon a time it worked — there was the nearest thing to a royal wedding motor racing ever had, and it "was sort of like a dream come true," Petty said.