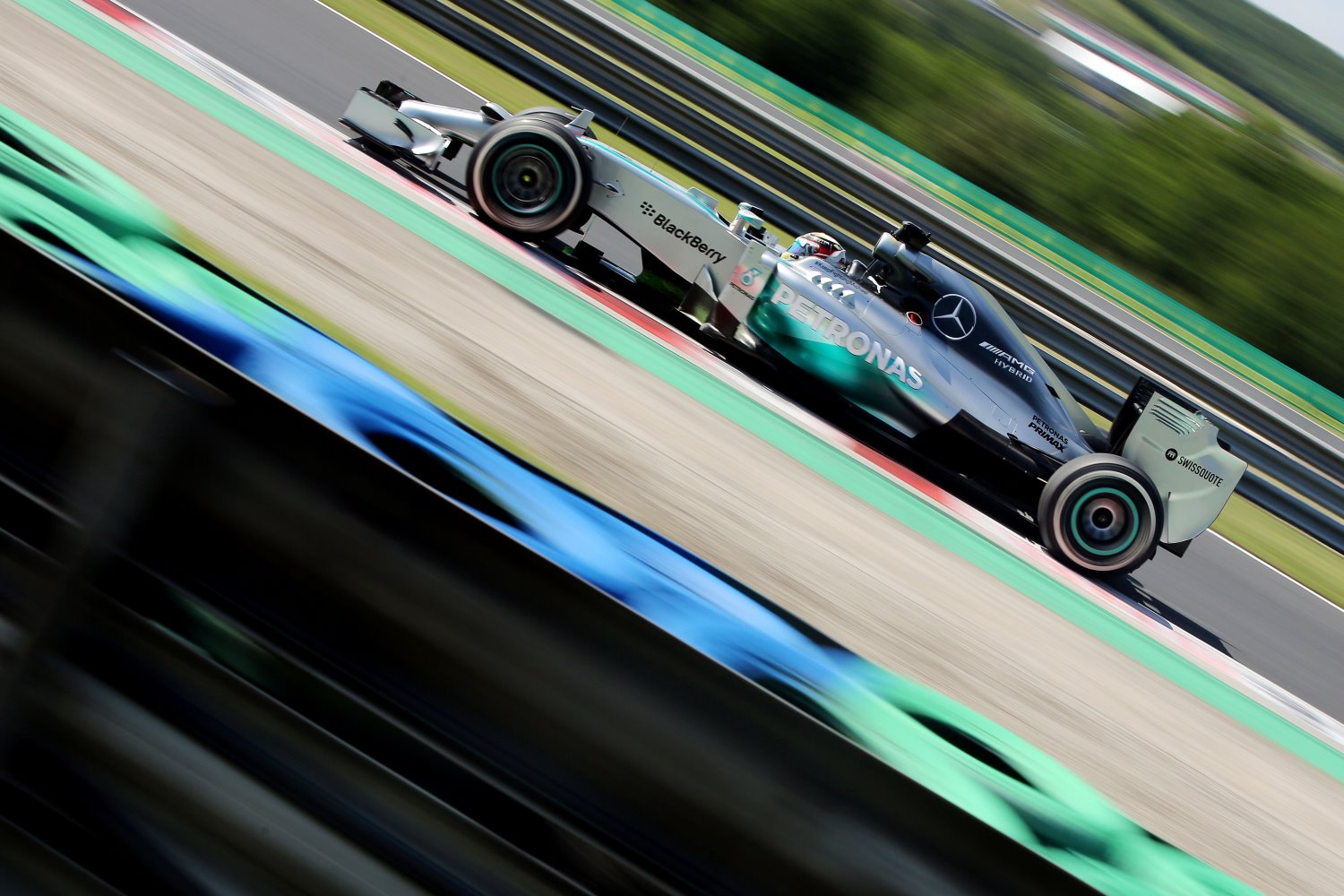 As we said yesterday, every driver has 'their' track and Lewis Hamilton owns the Hungaroring. Hamilton has led every practice session, including the final one this morning as he topped Saturday morning free practice.

Rosberg was just 47-thousandths behind as the two Mercedes drivers continue to make a mockery of F1 with their 130 HP advantage as F1 fans fall asleep from the boredom.

The two Mercedes drivers seemed to be struggling with brake issues as Hamilton complained he was having trouble stopping the car and Rosberg was told to be careful on his in-lap. If not for that they would be even faster than everyone else.

Sebastian Vettel was third fastest, four-tenths of a second in arrears, an eternity around the tight Hungary track, with teammate Daniel Ricciardo fourth fastest ahead of the Valtteri Bottas in the Williams.

Fernando Alonso and Kimi Raikkonen were sixth and seventh for Ferrari just ahead of Kevin Magnussen's McLaren.

Jean-Eric Vergne and Daniil Kvyat rounded out the top ten.

Felipe Massa was 11th fastest as he failed to match Bottas' pace, finishing the session half a second slower than his teammate.