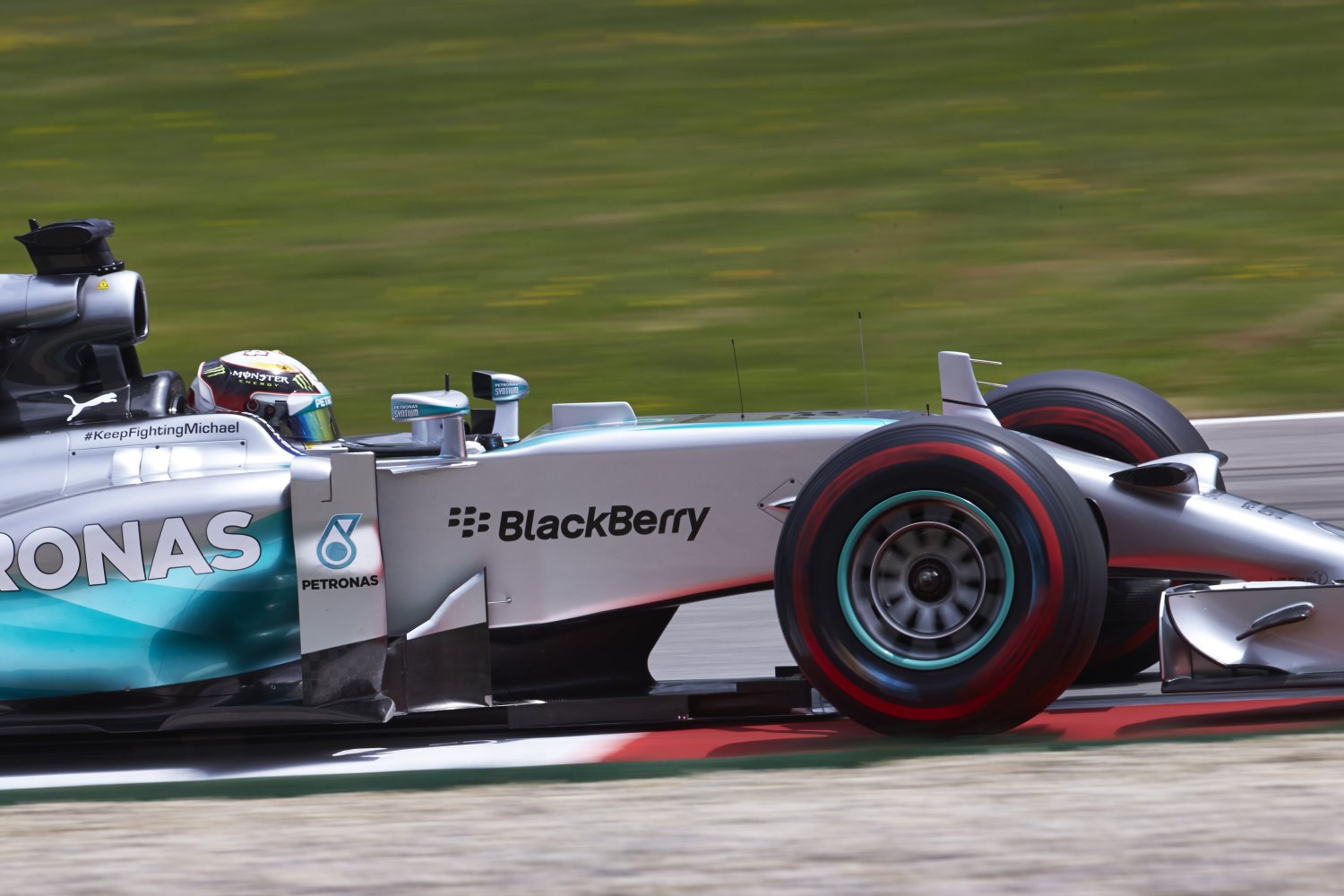 "The tires are not going very well here," the Mercedes driver, fastest of all at the Hungaroring, where he has won four times, is quoted by the Spanish sports daily Marca.

"I don't remember it ever being this bad," Briton Hamilton added.

"Neither compound is good," the 2008 world champion continued. "You have to take care of them a lot so it's not very fast and that can make it boring."

As team founder Tony Fernandes departed and mysterious Swiss-based Middle Eastern investors led by Colin Kolles moved in, Caterham announced that the departures were "a necessary step" for the "future of the team".

But a lawyer representing the workers told the BBC that the sackings were "done without warning or consultation".

The report said they are claiming breaches of employment laws and contracts, with solicitor Christopher Felton claiming it will "result in significant compensation claims against the team".

F1 teams to 'follow' Ecclestone to Russia
(GMM) F1 team bosses have swerved around the political crisis in the wake of the MH17 air disaster.

The sport is scheduled to race on Russian soil for the first time in October, but there is pressure to cancel or boycott the race amid the deepening controversy.

"Obviously what's going on in that part of the world at the moment is of huge concern to everybody," Williams deputy chief Claire Williams said in Hungary.

"But we've always said we try to disengage from taking a political angle on these things."

But in the wake of F1's handling of the Bahrain crisis, and after teams raced in other controversial lands like China, and in 2016 will head to Azerbaijan, reporters on Friday expressed frustration with the teams' apparently blind 'follow Bernie Ecclestone' position.

Red Bull team boss Christian Horner responded by slamming the "negativity" of the questions posed during the FIA press conference.

"If you've got these questions, please point them at Mr. (Jean) Todt or Mr. Ecclestone rather than the teams," Horner added.

Zetsche wants Ecclestone to give up F1 marketing
(GMM) Dieter Zetsche, the chairman of Mercedes parent Daimler, has pointed the finger at Bernie Ecclestone in the wake of the unpopular German grand prix.

At the height of the Michael Schumacher era, Hockenheim was a capacity-filled hotbed of German passion.

But last weekend for the German grand prix, despite the current dominance of Mercedes, a German reigning champion and a German championship leader, grandstands were sometimes almost completely empty.

Zetsche thinks F1 chief executive Ecclestone's approach to marketing the sport is on the wrong track.

"In what company can the boss always do everything alone?" he told the Saturday edition of Frankfurter Allgemeine Zeitung newspaper.

"I could imagine the marketing of formula one being taken over by a professional of the new media.

"There is still huge potential that should be exploited in the area of marketing, and specifically on the digital side.

"Regardless of the leadership (of F1), we need changes in this regard," said Zetsche.

"Why should it not be transferable to formula one?" he asked rhetorically.

"In the meantime," said Zetsche, "you have the question of whether it is worthwhile to continue to participate.

"We were able to strengthen our performance a lot, which compensates for some of the imbalance. Nevertheless, Mercedes does not race on the basis of 'whatever it costs'. The goal is to achieve economic efficiency," he added.

Finally, Zetsche weighed in on the outcome of the 2014 world championship, insisting Mercedes has no preference whether Nico Rosberg – a German – or Briton Lewis Hamilton ultimately wins.

"We sell cars all over the world," he said. "We are a German team, but we do not necessarily need a German driver to win."

Even Renault looking forward to summer shutdown
(GMM) Even F1's engine suppliers will take a 'summer break' in August.

Eleven races into the season, and after the hectic back-to-back dash from Germany to Hungary, there are a lot of tired faces in the paddock this weekend.

They are looking ahead to the rare and deliberate three-weekend gap between Hungary and the resumption of hostilities in Belgium.

Not only that, teams must close their factories for a mandatory period of cost-cutting and rest, with even the activity of email servers strictly forbidden.

But the factory shutdown applies only to the actual teams, not the engine suppliers.

It means Renault, but also the engine operations at Ferrari and Mercedes, can keep working.

"If the units responsible for the engines want to continue to work, they can," Renault's Remi Taffin said at the Hungaroring.

"But, to be honest with you, even in Viry there will not be much activity. We want to give the people a break.

"We will not work at 100 per cent during this period, because at some point everyone needs a break," he added.

But even a break will not end all of Renault's headaches, after a pre-season crisis and an ongoing struggle to continue to improve the turbo V6 'power unit'.

One looming problem is that reliability issues, and necessary upgrades for the troublesome unit, means that many Renault-powered drivers will unavoidably exceed their allocation of five engines during the second half of the season.

"We do not hide the fact that sixth components will have to be used by some of our customers," said Taffin, acknowledging that it will result in penalties for the drivers.

"Of course it's not what we planned, but after three or four races we realized that it was going to be very difficult.

"Caterham is in pretty good shape in that regard — they will be able to meet the limit. But for the rest it's more complicated," he admitted.