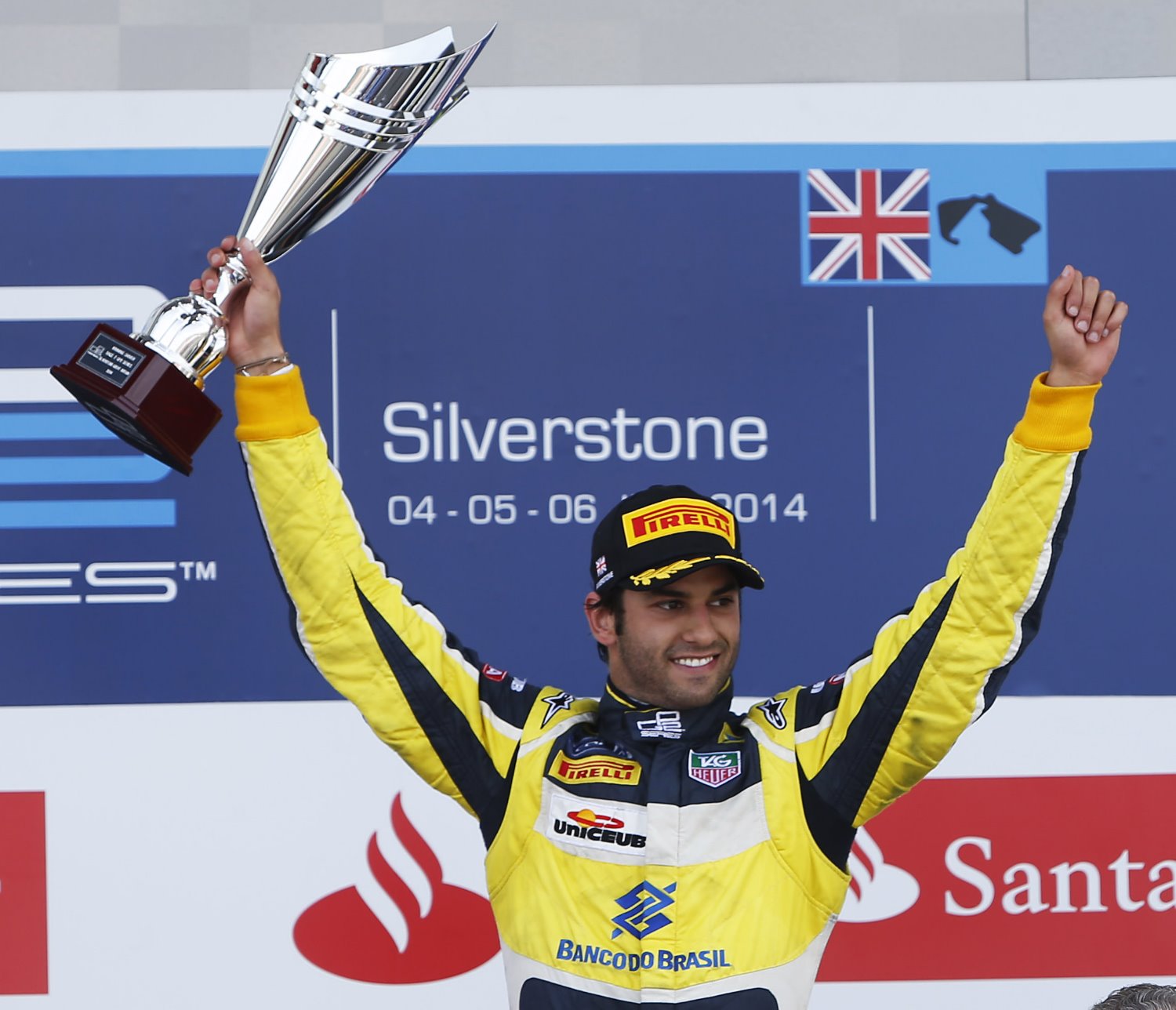 Felipe Nasr is a happy man: in today’s close qualifying session at the Hungaroring, the Brazilian took his first GP2 pole position with a blazing laptime of 1:28.436 ahead of Tom Dillmann and rookie Arthur Pic.

It was again very hot as the pitlane opened and the twenty-six cars rushed onto the track on Pirelli Soft tires. Johnny Cecotto was clearly on a mission: having to lose three grid places for tomorrow’s feature race following a penalty picked up earlier after free practice, the Venezuelan put his head down from the very beginning of the session and became the first man to dip under 1m29s. However, that was not enough to secure pole. His laptime was first bettered by Stéphane Richelmi and then by Stoffel Vandoorne.

Richelmi stopped on the start/finish line following what seemed to be mechanical gremlins which prompted the yellow flags and ruined Cecotto’s efforts – the Trident man was then on a flyer but had to lift off in the final sector. Series leader Jolyon Palmer was up next and enjoyed the top of the standings briefly until Vandoorne found some extra pace to claim the top spot. That’s when Campos Racing’s duo found a clear track and went top, Pic ahead of teammate Kimiya Sato.

At mid-session, the cars returned to the pits for a fresh pair of rubbers. Dillmann had a different strategy though and had pitted earlier to go back out on a clear track. He took full advantage of it: then only P21, he lapped the circuit in a 1:28.618 with ten minutes left on the clock. That was the call for his rivals to re-join the action. In the dying minutes, Nasr was able to improve in all sectors to claim the top spot. The traffic intensified, but the Brazilian would not let his chance go by. So for good measure, in the final minute of the session, he went even quicker ensuring no one would take his maiden pole position away from him.

At the checkered flag, behind the Carlin man, Dillmann had to settle for P2 ahead of Pic who thus enjoys his best qualifying result of the season. His teammate Sato finished a strong fourth (also his best qualifying result) ahead of Cecotto, but he will lose three positions on tomorrow’s starting grid. The top ten was completed by Vandoorne, Palmer, Raffaele Marciello, Marco Sorensen and Richelmi.