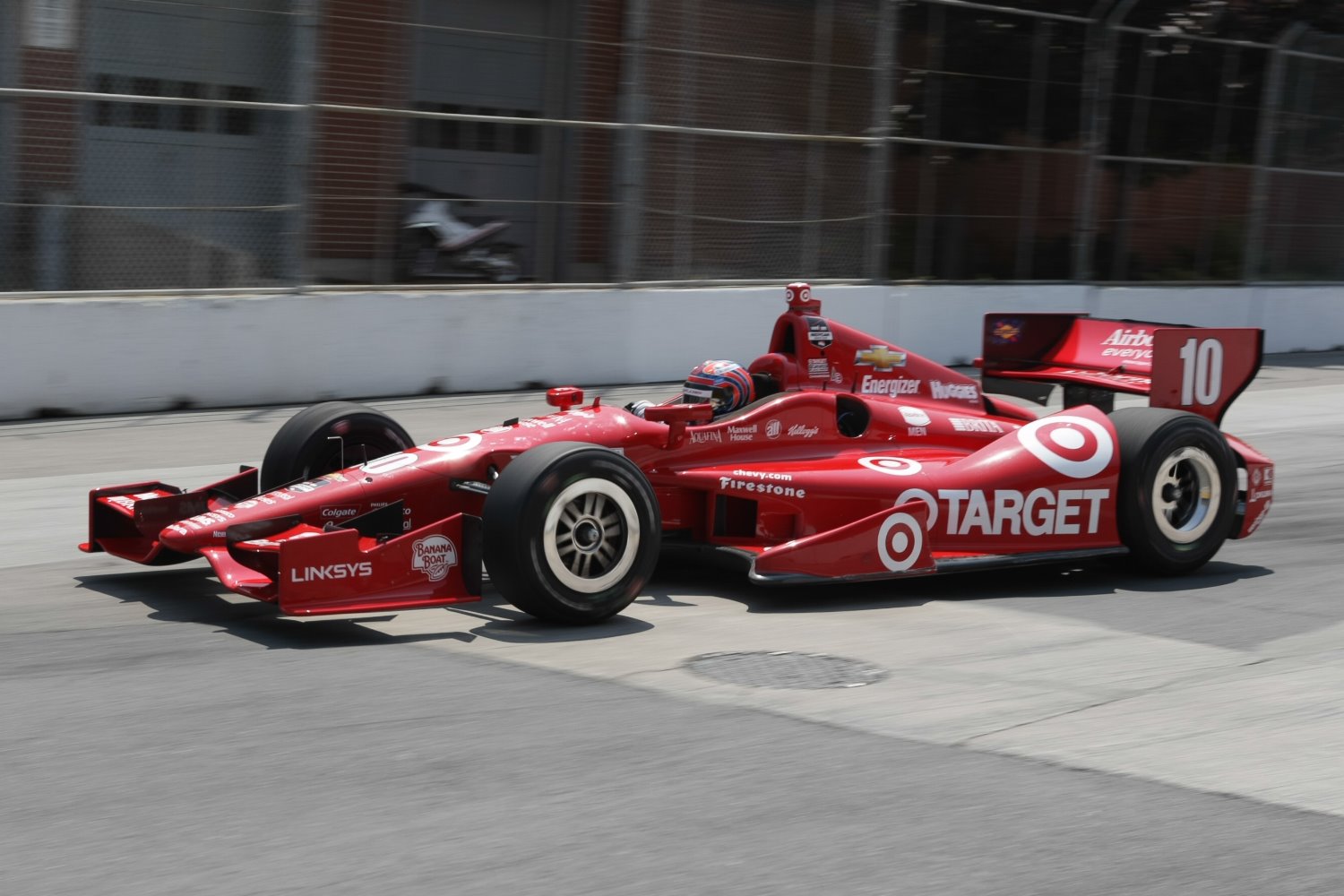 Tony Kanaan has celebrated podium finishes for the last three Verizon IndyCar Series races, and the 2004 series champion sees that momentum as a conduit to being the focus of the celebration in the near future.

The streak, after an uneven start to the 18-race season, has contributed to Kanaan moving from 11th in the championship standings to eighth entering the Honda Indy 200 at Mid-Ohio. He's seven points behind teammate and three-time Mid-Ohio race winner Scott Dixon for sixth.

At Toronto, Sebastien Bourdais, driving the No. 11 Hydroxycut KVSH Racing car, earned his first victory since Nov. 11, 2007, at Mexico City in Race 1. Mike Conway, driving the No. 20 Fuzzy's Ultra Premium Vodka car for Ed Carpenter Racing, followed with a 3.5418-second victory over Kanaan in Race 2.

Neither Kanaan nor Dixon, the reigning Verizon IndyCar Series champion who swept the Toronto doubleheader in 2013, has stood on the top step of the podium this season. Dixon finished fifth and ninth in the races on the 1.755-mile, 11-turn street course at Exhibition Place. The recent results have been encouraging.

The transition from KVSH Racing, with which he won the 2013 Indianapolis 500, to the four-car Chip Ganassi Racing outfit – which included taking over the seat of the No. 10 car from recently retired four-time series champion and longtime friend Dario Franchitti – was more pronounced than anyone expected. It has been a seven-month process, Kanaan noted.

"I had a big responsibility at the beginning of the year replacing Dario," Kanaan said. "That team was built around him. It was unexpected, his retirement, so it takes time. Takes time to get to know people, takes time to get the chemistry together. You have an engineer like Chris (Simmons), who worked with Dario for the past seven years, like I had Eric (Cowdin) for the past 12. It's taking time.

"The team was struggling. We found different things. I'm not going to say it 'clicked' but all those things together made it a big improvement. I feel much more confident and more comfortable with the team, working with Chris and those things take time.

"Unfortunately, time is not what we have the luxury to have in racing. So, hopefully we can keep the momentum up and finish the season strong."