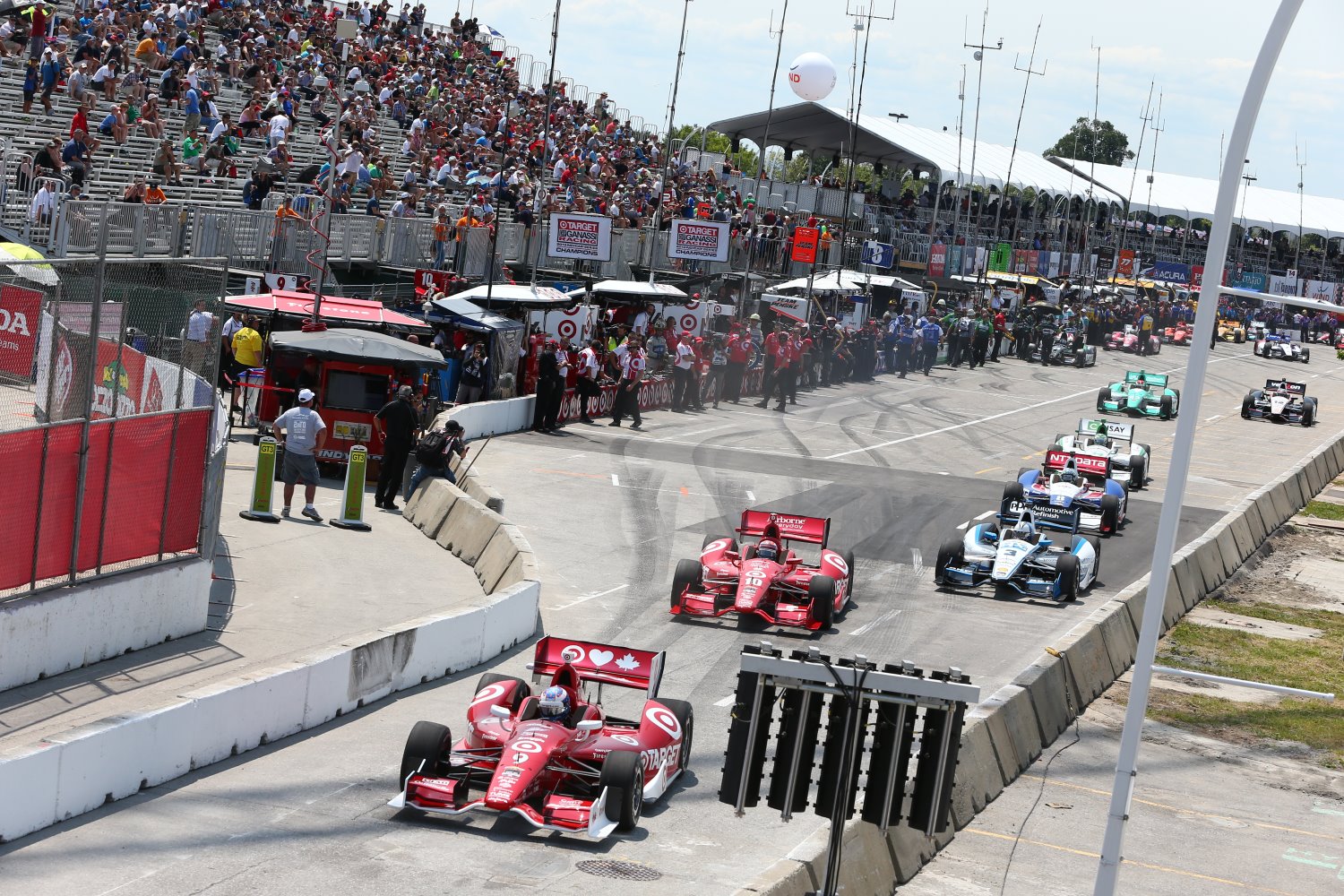 The Verizon IndyCar Series goes two-for-one in Ontario this weekend, with 85-lap races Saturday and Sunday.

Honda Indy Toronto officials love having a doubleheader, just as their counterparts in Detroit and Houston did last month. They likely will ask for another two-race card in 2015.

IndyCar figures to oblige. The participants will, too, although they call it the most physically challenging weekends of the season.

With two qualifying sessions and a pair of races, bodies ache, hydration is difficult to maintain and focus drains; and it's not just the drivers who suffer. The mechanics wearing fire suits endure similar stress.

"But at least the fans benefit, so I get it," driver James Hinchcliffe said. "If they're happy, I'm willing to do these all day long."

IndyCar adopted the doubleheader format last year as a means of expanding its schedule. This year, there are 18 races at 16 venues (Editor's Note, it's 14 venues not 16).

Event promoters like going two-for-one because some fans prefer a Saturday at the track, others a Sunday. Many like both, and attendance at all three doubleheader venues is up from when they last had only one race.

Detroit promoter Bud Denker said that a doubleheader gives a city twice the television exposure. This weekend's races will receive three hours of coverage each day on NBCSN.

"We can't buy that type of coverage for our city," said Denker, whose event is on ABC.

"Sometimes both days are good, sometimes one (day) is better than the other and sometimes it doesn't make a difference," he said. "It's always a question of what else we're up against (on other networks)." Curt Cavin/Indy Star