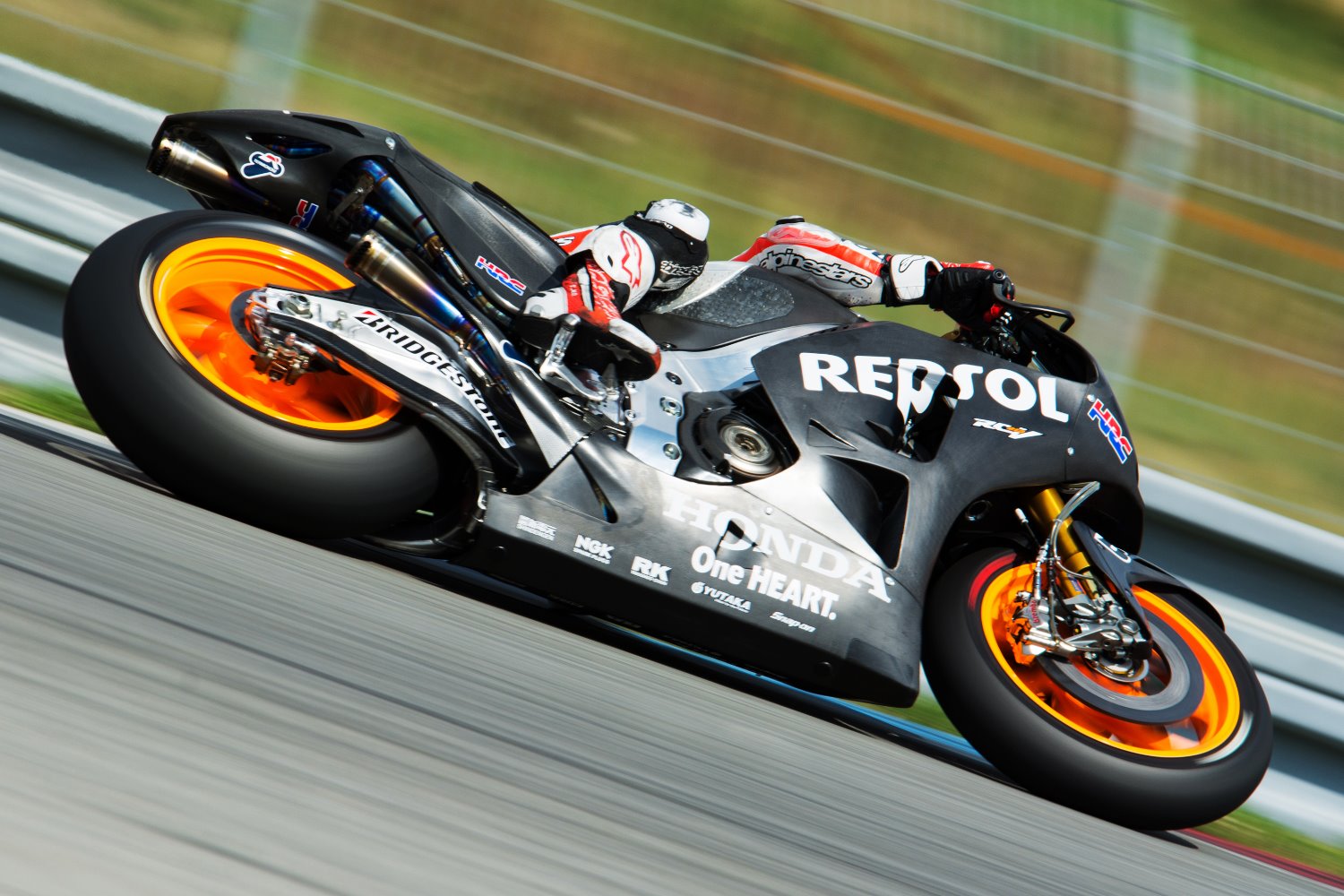 Marquez and Pedrosa have first outing on 2015 machine

They spent the majority of the morning aboard the current RC213V and then just before lunch Marc exited on the 2015 model. Dani soon followed and both riders returned to the Brno pit box to give their invaluable feedback to their team and the additional HRC engineers, who have joined for this test. Both reported with some positive aspects on the new machine and also commented about areas that need improvement. This feedback will be instrumental in the next stage of development for this machine.

In total Marc completed 53 laps on the current machine – suffering a small crash again in turn five – and 20 laps on the 2015 prototype, highlighting corner speed improvements. Dani did 41 laps on his 2014 bike, concentrating on mapping settings, and 16 laps on the new prototype.

The three-day test will conclude tomorrow.

“The second day went fairly well, although the grip level was still not as high as we would have liked in order to correctly carry out the testing that we had planned; when we wanted to go a little faster to get closer to the limit and evaluate things, it was very risky. Giving it a try this morning I had another crash at Turn 5; once again, I lost grip with the front end. During the day we were able to try out the new bike and the first impressions are fairly good. Obviously there are positive things and not-so-positive things, but the first impression is satisfactory. We put in similar times with the new bike to what we did with the current model, so we are happy"

“Today we put in plenty of laps, all of them on a dry surface. The weather was more stable and allowed us to try a lot of things. The track still didn't have too much grip, but we were able to put more kilometers under our belts and get a first impression of the new bike. The new machine is still in its infancy, but we have some good ideas for when we next get a chance to test it -at the end of the year"