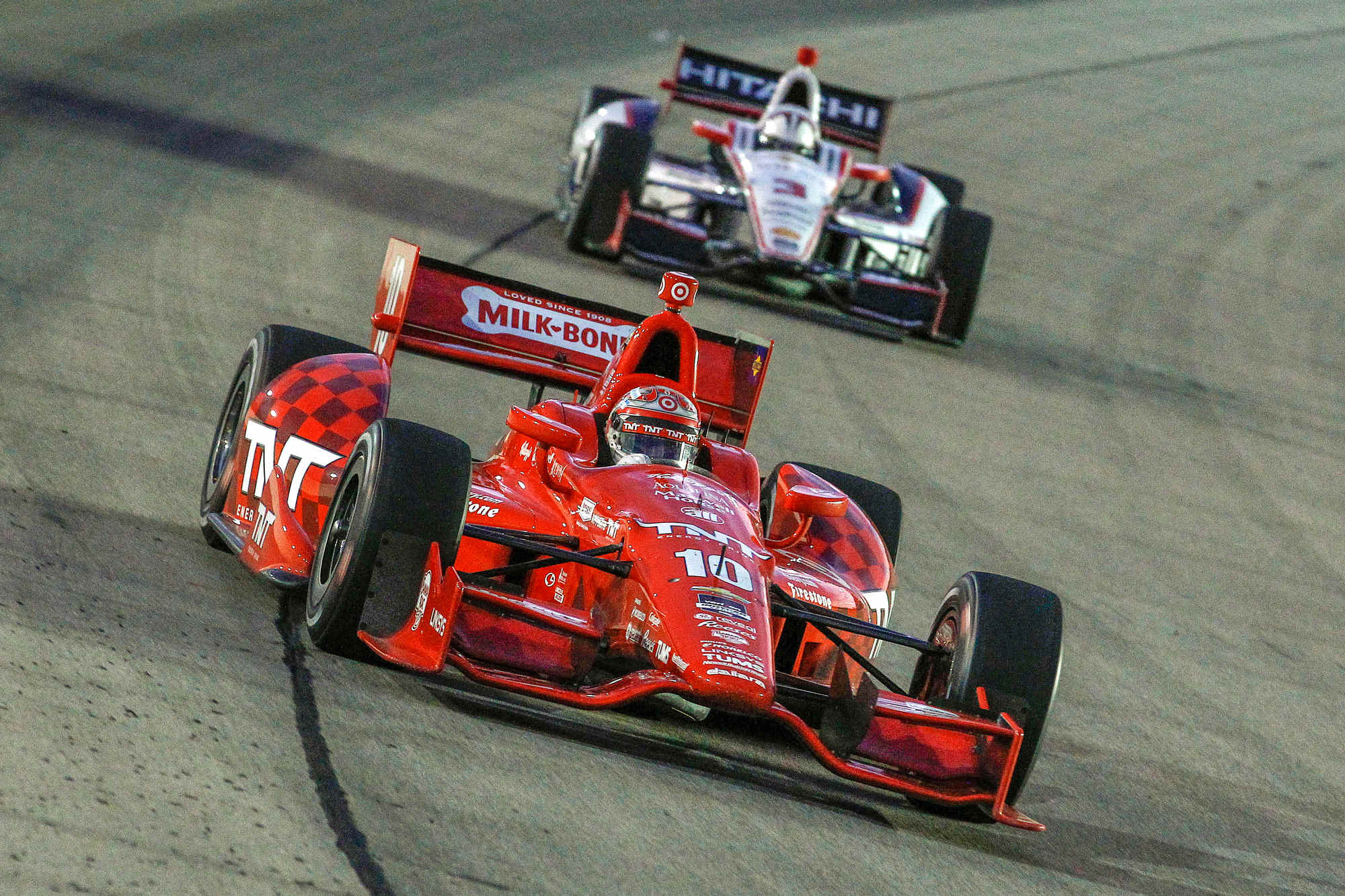 The IndyCars race in some exotic places during the summer.

The IndyCar Series made its eighth trip to Iowa Speedway in Newton on Saturday night, but judging by the TV numbers – especially in this part of the country – you probably didn't know that. Or at least you didn't care.

Which is a shame.

When it comes to the product on the track, the IndyCar Series often outperforms NASCAR.

But I get it. It's tough for us to connect to guys like Sebastian Saavedra, Carlos Huertas, Takumo Sato, Mikhail Aleshin, Carlos Munoz and Simon Pagenaud.

If the names above weren't already listed, it's a sure bet that most of you couldn't name five current IndyCar drivers. Hint: one is not Mario Andretti, which is the name I consistently hear when I ask someone if they can name five. He's been retired for 20 years. Even his son, Michael, has been retired for seven years.

Even popular personality Helio Castroneves – who finished eighth at Iowa and is the current series points leader – is probably better known for winning a weekly dance competition on TV than winning the Indianapolis 500 three times.

Tony Kanaan, who led most of the race Saturday at Iowa and eventually finished third, is a real racer and one that most people would love if they knew more about him. He's won an IndyCar championship and he won the Indianapolis 500 last year.

If Kanaan had been born in Lincoln, Neb., Des Moines or Broken Arrow, Okla., instead of in Brazil, there's a chance he would be revered in the United States.

He's the kind of guy that would show up at Huset's Speedway any Sunday night with helmet-in-hand, more than willing to get behind a sprint car and race.

People tell me all the time that they don't like IndyCar because there are too many drivers not from the U.S. in the series. I understand that, too. It's not like it once was decades ago, but it should also be noted that of the 36 drivers who've competed in IndyCar this year, nearly one-third are Americans.

A basic race report from Saturday's race would note that Tennessee's Josef Newgarden started 21st and finished second in an incredible run from the last row.

Or how Kanaan dominated the race by leading 247 of the 300 laps, only to be passed with two laps remaining in a nail-biter.

Or how Ed Carpenter put a move on Marco Andretti midway through the race that would make Steve Kinser blush.

I'm happy the series gets as close to Sioux Falls as it does. The city and surrounding area is big open-wheel racing country as evidenced by the sprint car scene at Huset's, Jackson Speedway and I-90 Speedway in Hartford.

Ask any sprint car driver from California to Florida and they'll mention that the fans in this area are as dedicated to open-wheel racing as any in the country.

Which is why I'm always perplexed and disappointed when the IndyCars get such little attention when they come to Iowa, both in TV ratings and in attendance.

NBC Sport Network's Paul Tracy, one of the most popular drivers in IndyCar racing history who has competed in races worldwide, said during Saturday's broadcast, "I'm impressed with this facility. Great place. Great people."

It's a shame very few saw it – (56% less because IndyCar moved the race from ABC last year to NBCSN this year – source). argusleader.com