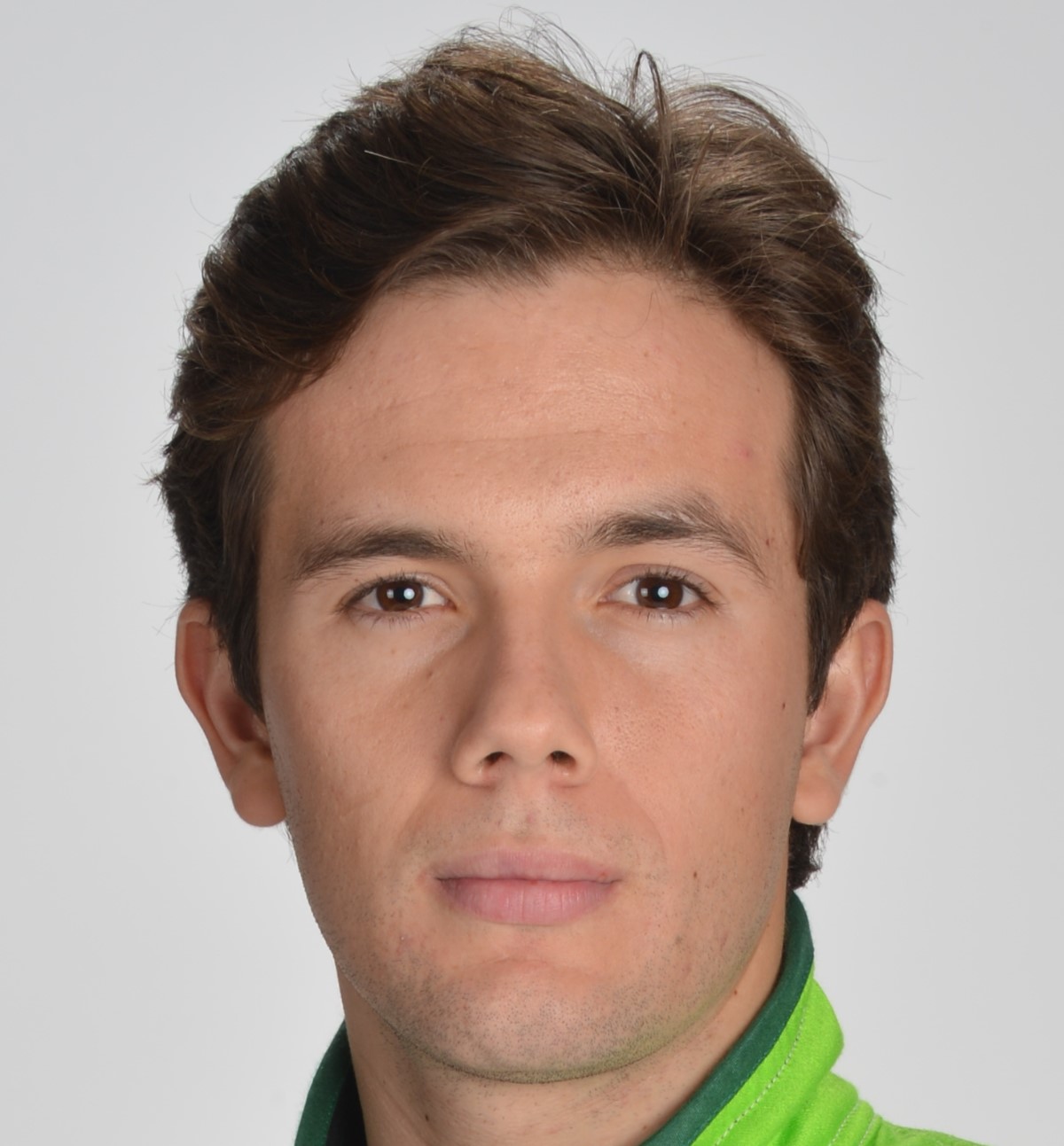 Continuing here with our News and Notes from this past weekend at Iowa Speedway, I had the pleasure of meeting Andretti Autosport rookie Carlos Munoz for the first time Saturday.

Off-camera Munoz is exactly how he appears on-camera: shy, polite, unassuming, yet quietly self-assured. I was surprised Munoz struggled like he did during the race (he finished 12th and was never really a factor), as he appeared confident ahead of the green flag. It's probably worth noting, Munoz was the highest finishing rookie, as Saturday’s race was not a banner outing for this excellent rookie class of 2014.

A somewhat disappointing Saturday evening aside, the current leader in the Sunoco Rookie of the Year standings very much has the support of his Andretti Autosport team. Remember, he was the highest qualifying Honda driver at both Pocono and Iowa, and finished on the podium in consecutive weekends at Houston and Pocono.

Also, it's worth again mentioning Munoz's performance in the 2013 Indy 500 was arguably the best we've seen from a true rookie since Jacques Villeneuve in 1995. Yes, Juan Pablo Montoya and Helio Castroneves won Indy 500s as rookies technically, but each had significant experience in the big cars and were in their mid-20s at the time. Munoz nearly won the thing at 21, in his FIRST IndyCar start.

One member of the team referencing Munoz’s performance at Indy both this year and last, Pocono and then Iowa talked about the unique high lines he takes around the high speed ovals (I’m including Iowa, which is a short track that has some super speedway characteristics) said Munoz has actually had drivers reconsider their approach to ovals.

In talking big picture about the 22-year old Colombian he said something to the effect “I don’t even think he knows how good he can be." When I asked what Munoz needed to do to take that next step and become a race-winner, the team member said simply, “feedback."

What I took from the conversation was Munoz is able to achieve a high-level on talent and chutzpah alone, particularly on the ovals. When the Colombian rookie is able to interpret what the car is telling him and relay that message to his team, we could be see a major breakthrough for the driver of the #34 Cinsay/AndrettiTV Honda.

Let there be lights…maybe not.

Moving on absent any creative segue, I talked to someone familiar with the operating costs involved in running racing events. The subject here was the notion of lighting street tracks such as Houston, where uncomfortable June temperatures are likely not a help in selling tickets. The thought of course, is that a night race would be overwhelmingly more appealing. The Houston race was of course, run under the lights under Champ Car sanctioning in 2006.

“The promoter can’t afford to do that," was this individual’s direct response. He went on to elaborate that the Cleveland CART race in 2003 (which was run at night) was an expense well into six figures.

Now, lighting Cleveland would certainly have been more expensive than Houston. However, this is someone who has experience with such events, and his very immediate dismissal of the idea as not worth the money, I found compelling.

A subject on everyone’s mind throughout the weekend was the grueling, condensed 2014 schedule. Of course, this 6-race-in-22-days stretch from Houston to Toronto was always going to be a marathon of sorts. And don’t forget many of the teams spent the two weeks off during mid-June on the testing trail. So, if you go back to the Grand Prix of Indianapolis, Indy qualifying, Indy 500, Detroit doubleheader, Texas, testing, Houston doubleheader, Pocono, Iowa, and two races this weekend, yes it’s been a lot. Heck, it’s been draining on media, and I don’t have to work on a car late into evenings.

But the oft-cited drain on team personnel aside, I heard another compelling reason against the condensed-end-by-Labor Day schedule: sponsors.

I offer the above not as an item to forward one agenda or the other (remember, I’ve written about the television benefits of ending by Labor Day in the past), rather as an item of consideration I had not weighed prior to this weekend.

I spoke with Target Chip Ganassi Racing team principal Mike Hull on Friday about how a four-car team works in unison. As is usually the case, Hull’s commentary was very interesting.

I’ve yet to figure out exactly how or when I’m going to present it, as this was one of those talks that you realize the potential story in, after you have it. However, I do plan on presenting the information in some form or fashion in the coming weeks.

Tickets for Saturday’s race averaged $66. That would be one thing, if there was one more than race. As Steve noted, he attended the Iowa event two years ago (remember it was a Sunday afternoon race in 2013), when ticket prices averaged about $10 less. However, fans also got Pro Mazda and Indy Lights races before the IndyCar race.

We’ve been hammering this at AR1. And our friends at Racer.com made this point and more this morning in this excellent article by Robin Miller.

IndyCar oval races do not have enough content. And heck, if you’re asking $66 plus parking, concessions, etc., in this economy in central-Iowa, maybe 2/3-full grandstands aren’t that bad.

I spent some time strolling through the IndyCar paddock just before the start of last evening’s Iowa Corn Indy 300 presented by DEKALB. While I had some very interesting discussions, a late evening at the track combined with a 6 a.m. flight back to the East Coast, left little time for writing. Having settled in back home, I’m going to take this opportunity to publish the first installment of News and Notes from yesterday at Iowa Speedway. Look for a second installment, either tonight or tomorrow morning.

To begin, there was a rumor going around last weekend at Pocono Raceway suggesting discontent from Indy Lights Presented by Cooper Tires’ team owners about having to purchase a new car for 2015. Of course, such a scenario would not constitute anything particularly new in the world of Indy car racing. However, with only intriguing scuttlebutt, and no imminent storming of the Bastille, the subject got somewhat lost amongst other topics as often happens during race weekends.

Still, I had the matter on my list of topics to look into at Iowa. And I chatted with Bryan Herta Autosport co-owner Bryan Herta, who fields cars in both the Verizon IndyCar Series and Firestone Indy Lights about an hour before the green flag last night.

The four-time Indy car race winner did concede that the changeover to a new car does require people such as himself to pony up a few extra dollars. Herta was also very adamant with regards to his position on the current, often-maligned Dallara IPS/Infiniti package that debuted in 2002.

Citing current drivers such as James Hinchcliffe, Josef Newgarden, Marco Andretti, Carlos Munoz, Jack Hawksworth, Sebastian Saavedra, Ed Carpenter and others, Herta believes the current car has “done its job," and proven to be a more than adequate car in bringing competitive junior drivers to the big cars.

That said, Herta did acknowledge the age of the car has created a less-than-favorable perception. And from that perspective, he believes a change will be good for the series. Further, while a new car forces current owners to fork over some cash, Herta also says it lowers barriers of entry for potential new owners, who can enter on equal footing (now that I think about it, I suppose such an opportunity allowed Herta’s team to enter IndyCar in 2012).

Anyway, I can’t confirm there is no discontent over the costs of a new car (Lights did not run Iowa this weekend). However, I can say that discontent is not coming from the Bryan Herta Autosport camp.

Herta’s comments about the possibility of new owners entering the series were interesting in light of a conversation I had earlier with a team owner not currently involved with Indy Lights.

“We’ve thought about it," was the response from Dale Coyne when I asked whether the team owner would consider running Lights. Coyne as he often does, recalled nostalgic days of old, noting he had run Lights in the past, and cited names of drivers such as Ross Bentley, Eric Bachelart, Paul Tracy and Townsend Bell, who came from the junior formulae to run for his team.

Romantic days of yesteryear aside, Coyne said there were some practical business reasons to run a Lights program as an accompaniment to the IndyCar program.

Pointing to engineers and mechanics, Coyne essentially said that the team has a lot of the structure in place to run Lights, noting that “we’re already here." In other words, because of the IndyCar team on site, some of the costs involved with running a Lights program are already paid for.

Also, Coyne cited a potential benefit of having Lights was the times when the team does run an extra car. You might remember Coyne ran three cars at Indy, Texas, Pocono and Fontana last year. In such cases, a team like Dale Coyne Racing would not have to go outside its organization for mechanics and engineers.

As for the possibility of it happening?

“You never know," is one of Coyne’s favorite phrases. Having written it down about 100 times on my notepad over the last few years, I’ve simply realized I can save time and space and use the quote for nearly every question I ask Coyne. However, I was somewhat expecting Coyne to dismiss the possibility outright when I asked the question; not speaking about it in-depth to the level we did.