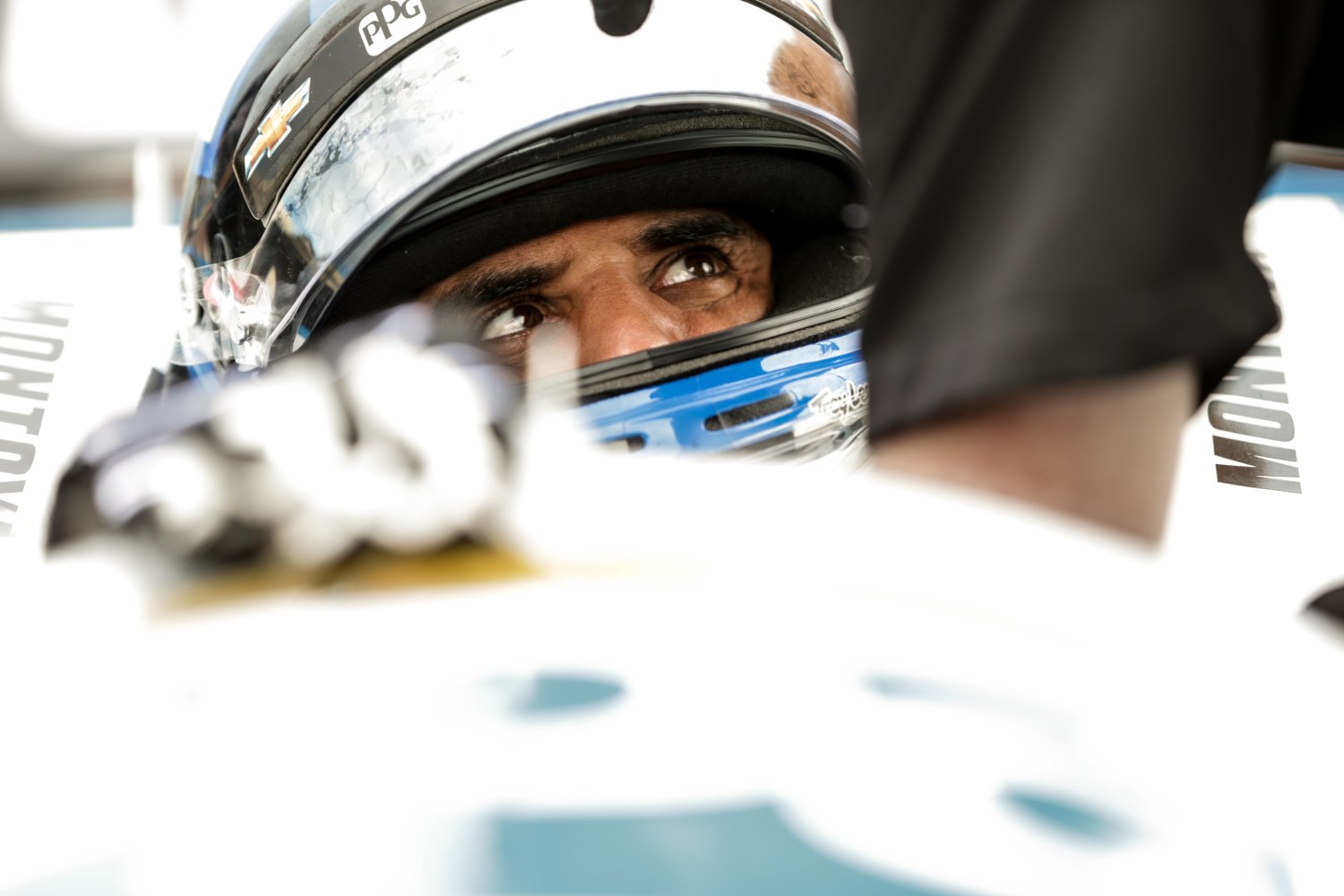 Juan Pablo Montoya was left fuming at Iowa after late race contact left him hitting the wall with just under 20 laps remaining in the Iowa Corn Indy 300 on Saturday night.

Montoya had been running in seventh place when he took the low line to pass Ed Carpenter on lap 281, but Carpenter was himself also sweeping down the track and forcing Montoya lower and lower, until the Penske #2 spun out and went into the wall ending the Colombia's day.

Montoya stayed standing on the track next to his wrecked car long enough to indicate his displeasure to Carpenter as the field came back round behind the safety car, before being led away by the safety officials.

"I feel bad, I certainly wasn't trying to take him out," he insisted. "Our Fuzzy's car had understeer all race and we were just hanging on at the end of the race … I'm sorry that he crashed but I didn't do it on purpose. I was hanging on with my tires and I didn't know that he was there.

"I knew he was working the inside. I was struggling, I was just going to try the low side that time. I didn't know he was that far in there. Lee – my spotter – told me he was there but it was too late, I'd already started coming down.

"My apologies, I definitely wouldn't have appreciated that if I'd been at the other end of it but at the time it wasn't intentional," he added after finishing the race in fifth position. "I have a lot of respect for Juan so hopefully we can talk about it without me getting my butt kicked!" crash.net